The passing of “The American Dream” is still fresh in the hearts and minds of wrestling fans around the world. Monday of this week, the 12th, would have marked Dusty’s 70th birthday. To honor the occasion Throwback Thursday once again turns Throwback Tribute as we celebrate the life and legacy of the most charismatic superstar of all-time, “The American Dream” Dusty Rhodes. 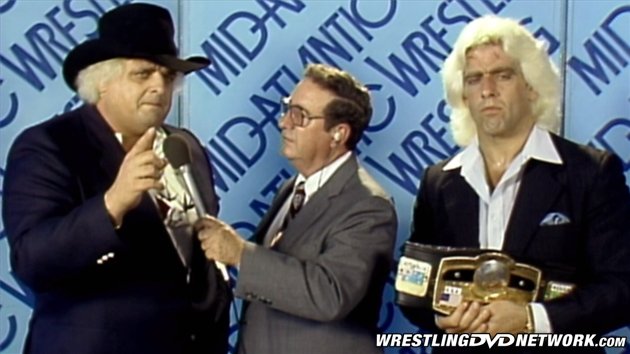 Dusty’s earliest match on the WWE Network is also “The Dream’s” first Starrcade match. The man credited with creating Starrcade was also responsible for one of the most controversial finishes in the history of the event. Though their re-match at Starrcade ’85 is the classic of the two it is this match that set the table for the legendary Flair/Rhodes saga to come. 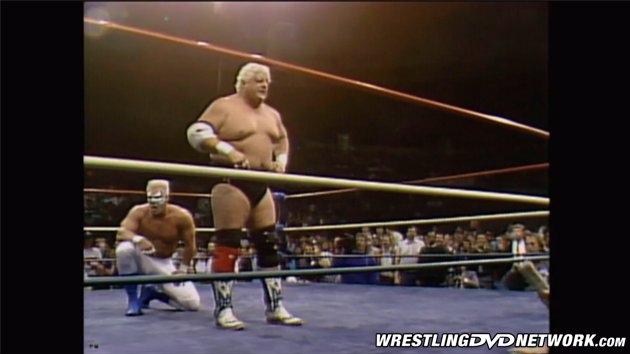 This classic battle marked the last full-time NWA/WCW match for Rhodes, who would leave the promotion after this event. In the month leading into Starrcade ’88, the Road Warriors turned heel and tried to blind Dusty Rhodes with a spike, the very angle that got Rhodes booted from TBS, before taking out Sting, the hottest young talent in all of the NWA/WCW. While this match was sold as revenge for the attack, it was actually designed to put Sting over the top, which it did in spades.

Clad in polka-dots with Sapphire by his side Dusty Rhodes, in “The Dream’s” 3rd SNME appearance, proved that even at the age or 44 Rhodes could hang with the best of the young crop of WWF Superstars, of which “Ravishing” Rick Rude was certainly one. With excellent pacing and psychology this match is a hidden gem in the Rhodes library that displays all that made the “Common Man” a wrestling icon and beloved fan favorite. 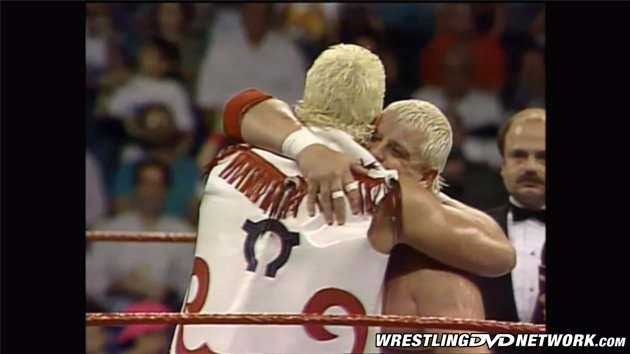 This match, Dusty’s last WWF/E appearance for 15 years, marked “The Dream’s” retirement match from full-time wrestling. Father and son, sans polka dots and goofy WWF gimmicks, would leave the Federation for WCW directly after this event. This match, however, is best remembered not for the Rhodes’ departure but for Virgil turning on DiBiase after years of abuse and striking out on his own. Dustin Rhodes would not return to the WWF until 1996 as Goldust.

In an era when “WarGames” had fallen on hard times it took “The Dream” and an old school storyline to bring “WarGames” back from the brink. The story was straight out of a spaghetti western. Father and son reunite, enlisting the help of two of the towns toughest fighters to fend off the charge of the insurgent gang. Remembered by many for Col. Parker’s “accident” in the closing moments of the match this marked Dusty’s last stand in “The Match Beyond”, one of “The Dream’s” greatest concepts. 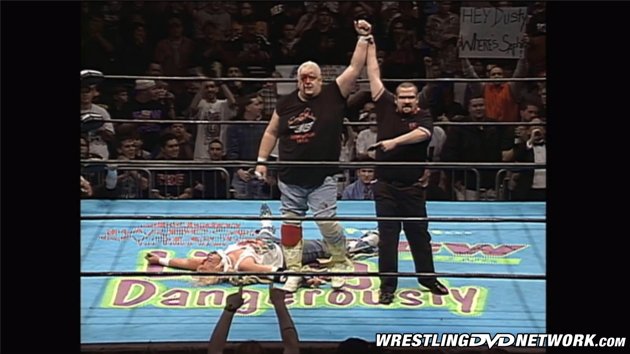 After leaving WCW in late-1999 Dusty Rhodes began putting the Turnbuckle Championship Wrestling promotion together and working with Paul Heyman in ECW. This program, culminating in this violent, bloody “Bullrope Match”, propelled Corino from the mid-card to the number one heel in ECW and showed that at the age of 54 Dusty was still one of the best in the world. Though Corino would defeat Rhodes at CyberSlam 2000 to end their feud it is this match that cemented Corino’s place in ECW. Rhodes’ ECW theme, “That’s Why I Sing the Blues” by Reckless Fortune, is overdubbed on the Network.

The co-feature of WCW’s final PPV, this match had little rhyme or reason in terms of storyline and was sold more on its historical significance as being the first (and last) Flair/Rhodes PPV match ever than on any actual angle. This match marked Dusty’s final match in WCW and son Dustin’s next-to-last match before the company folded just 8 days later. 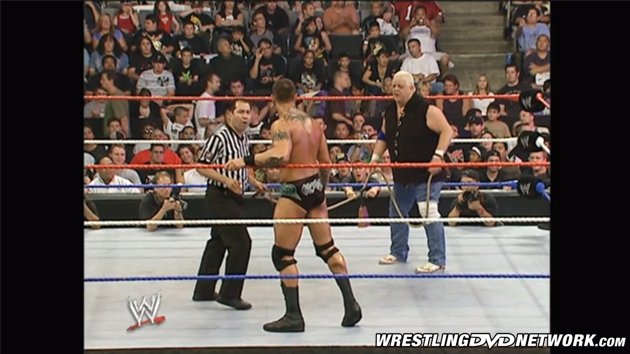 On the heels of Dusty Rhodes induction into the WWE Hall of Fame, “The Legend Killer” Randy Orton turned his sights on “The American Dream”. In what would turn out to be the final match of Dream’s storied career Rhodes and Orton put on a spirited effort that helped elevate Orton and prove that even at 61 the mold was broken when they made “The Dream”.

As proud as Dusty Rhodes was of his accomplishments in the wrestling business “The Dream” was even more proud of his children. So it’s only fitting that Dusty’s last major angle in WWE would be as a father fighting for the future of the Rhodes’ family in the wrestling business. In the end Dusty evened the odds and ensured his sons victory and future in WWE. The post-match celebration is bittersweet and takes on new meaning in the wake of Dusty’s passing.

Dusty Rhodes was one of a kind. The “Son of a Plumber”, the “Common Man”, “The Dream”, Dusty Rhodes embodied professional wrestling and what it stood for for over four decades. There was no one who was as charismatic and there likely never will be again. Beyond the ring, Dusty was one of the most creative minds of the last 45 years in pro wrestling. In the days after what would have been his 70th birthday, take a moment to reflect on “The Dream” and the joy, happiness, and excitement Rhodes’ life and career brought to so many. Happy Birthday Dream! 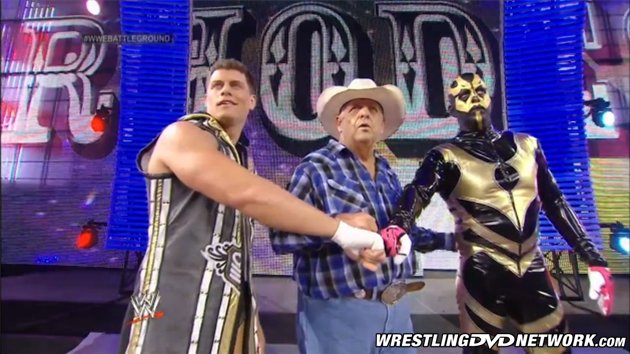 That’s it for this week’s TBT – thank you for reading. Are you a current WWE Network subscriber? If so, check out the matches, see them for yourself, and let us know what you think below. Feel free to also share your favorite Dusty moments, promos, matches, or stories.