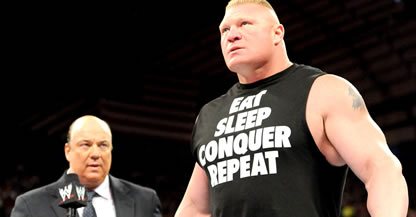 As we confirmed previously, the set will be released as a 3-disc DVD, 2-disc Blu-Ray and a Best-Buy exclusive 2-disc Steel Book Blu-Ray.

In addition to the main documentary feature, the set will include the following:

— A rare and never before seen match between Brock Lesnar and his friend and mentor, Mr. Perfect (taped prior to the January 28, 2002 edition of Monday Night RAW from Richmond, VA)

— Bonus content which has never been seen on the WWE Network