TNA to Capitalize on Sting’s WWE Run with New ‘BEST OF STING’ DVD This Year?

Yesterday, TNA Wrestling announced a new DVD set on Sting called “The Best of Sting” for April 1st release and listed it for pre-order on their retail site, ShopTNA.

An official trailer for the DVD was also put out by the company. However, within mere hours that trailer and all references to the DVD on ShopTNA and social media were pulled.

UPDATE: The trailer is now playable once again at the above link.

The material and sale of the DVD being removed so quickly led to speculation that it may have had something to do with WWE, since Sting is under contract and about to perform at WrestleMania. WWE’s own Sting DVD last year was also titled “The Best of Sting”.

If TNA/Impact does go ahead with the DVD this year, it will be their second Home Video title on Sting to date – the first being “Sting: Return of an Icon” released back in 2006. 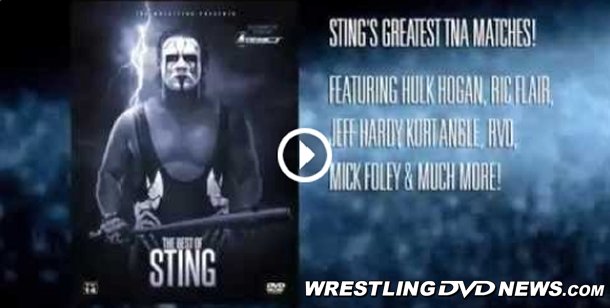 Despite the DVD being quickly pulled, WrestlingDVDNews.com is able to show you what the planned cover artwork looked like (above) and the first promotional synopsis (below).

The Best of Sting

“THE ICON” STING is known around the world as one of the biggest names in the history of pro wrestling! The superstar made headlines in 2005 when he made an epic comeback to TNA Wrestling and immediately dominated the ranks! On this DVD release, you’ll witness the best of Sting in TNA. Including World Title matches against Kurt Angle, Jeff Hardy and Mick Foley, battles against longtime rivals Hulk Hogan and Ric Flair, his induction into the TNA Hall of Fame and so much more!

GIVEAWAY WINNER: The winner of the WrestleMania package for Daniel Bryan Week (a WM30 DVD, mini-book and T-Shirt) has e-mail address beginning “carefree_whereva…”.

If that’s you, congratulations! We’ll be e-mailing you shortly to arrange your prizes.

NEW GIVEAWAY: Do you have a Twitter account? Do you fancy winning your choice of the WrestleMania 31 DVD/Blu-ray or the ECW Unreleased Vol. 3 DVD/Blu-ray?

Kayfabe Commentaries will release “YouShoot: Lanny Poffo” on May 5th.

Below is a preview clip of the DVD in which Poffo, brother of the late Randy Savage, details why he eventually gave the go-ahead for WWE to induct the Macho Man into the Hall of Fame.

RARITIES: Linked to below are 15 eBay auctions for some of the rarest and most sought after WWF/WWE DVD titles out there – including the likes of Judgment Day 2002, Vengeance 2002, WrestleMania 16, 17, 18 and more! The auctions all expire today and tomorrow. 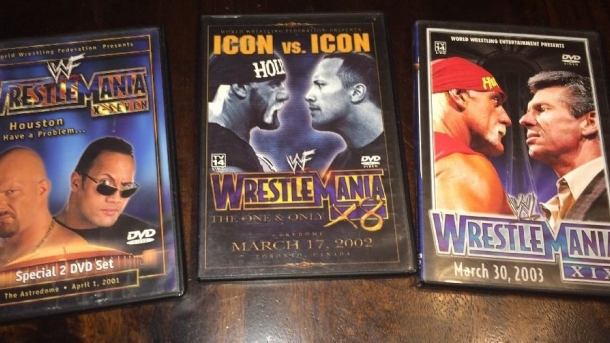