TNA DVD Releases of 2013 – Looking at the Highlights So Far 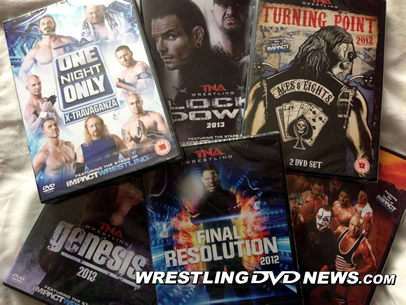 We are a little under a year following Clear Vision acquiring the rights to distribute TNA DVDs throughout the United Kingdom and Europe. So today we are going to look at some of the highlights of the TNA DVDs which have been released so far. 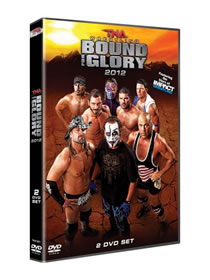 The street fight was one of the high points of Bound For Glory 2012. The other being the World Title Match between Austin Aries and Jeff Hardy. The street fight was the culmination of the Beer Money feud which began a year earlier when Roode turned on Storm to win the TNA Championship.

As you may have expected the street fight was a rather violent affair and given the back-story; this was very appropriate. The contest utilized a number of weapons, including: garbage cans, Singapore canes, tables, thumb tacks and even a beer bottle (which was apropos given how their feud kicked off).

MMA star King Mo served as special guest enforcer for the match-up. While he didn’t get too involved, he did provide some great facials during a garbage can lid exchange between Storm and Roode, which helped get over the brutality of the contest.

As I said the match was very violent and bloody, however at no point (bearing in mind their history) did it feel excessive. The crowd were also really into this contest, which can added a great deal to match. 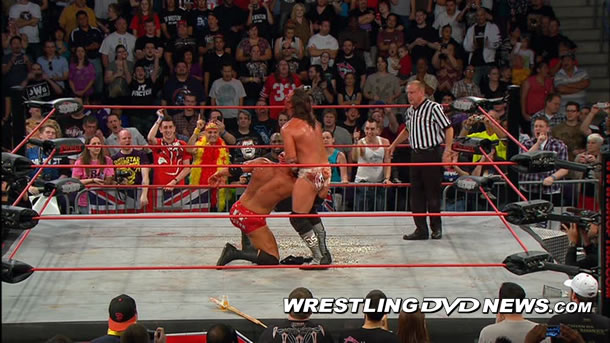 This particular special feature was one of my favorites from any TNA DVD release in the past 10 years. For some reason I don’t remember it being heavily promoted as being present on the DVD. This is a real shame as the Hall of Fame is a major selling point for WWE’s WrestleMania DVD releases, so why not TNA’s Bound For Glory?

The ceremony itself runs for a little over an hour and features a number of superstars, including; Mike Tenay, Jeremy Borash, AJ Styles, Lex Luger, Hulk Hogan and Dixie Carter sharing stories about “The Icon” Sting. These induction speeches are followed with Sting’s acceptance speech.

The stories shared during the ceremony are very good, including ones by AJ Styles and Lex Luger about meeting Sting for the first time in WCW. Another story by Hulk Hogan concerned he and Vince McMahon and their attempts to sign Sting to the WWE back in the day; even though Hulk felt that Sting would steal his spot. Of course Sting always stayed loyal to WCW (his loyalty was often acknowledged during the ceremony).

Dixie Carter appears moved and very appreciative toward Sting during her speech. One of the better stories which she shares, is about seeing young children at TNA shows with their faces painted like Sting; despite them being born long after WCW closed its doors. 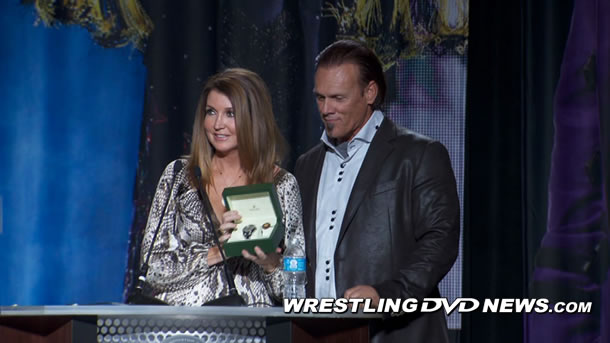 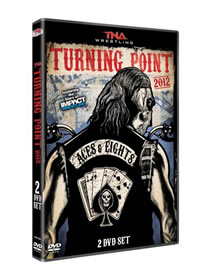 This match was a rematch of their World Title Match from Bound for Glory the month prior. This bout is really very good. It has a great pace which allows for a good back and forth and of course the ladder stipulation provides many opportunities for sick bumps.

We even had a very cool “King of the Ring 99” spot where the Title Belts are raised up, just as Jeff was about to capture them. However unlike King of the Ring we found out that it was Austin Aries who had raised the Titles to prevent Hardy getting the win.

A minor point which did hurt the match was the music and ring announcement miss-cue. This killed the crowd for the finish, as I believe they awaited some kind of ‘swerve’.

However even with the ending, the match was still very good; in fact it was one of the better ladder matches in wrestling history and definitely worth checking out. 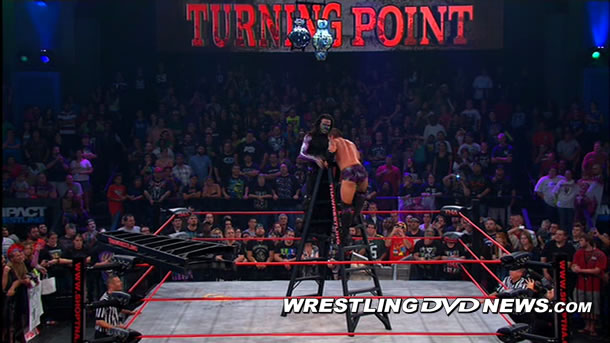 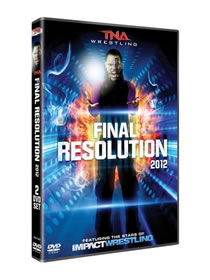 The matches between AJ Styles and Christopher Daniels will go down as some of the very best matches in the 11 year history of Total Nonstop Action Wrestling. Who can forget the classic Iron Man Match from Against All Odds 2005, the 3-Way Match also including Samoa Joe from Unbreakable and their more recent storyline involving Claire Lynch (sorry to bring her up) which provided a great Last Man Standing Match at Destination X 2012. This match however was billed as their final encounter.

The match was really enjoyable and told a great story of two wrestlers who knew the wrestling styles of each other very well, thus no one individual gained the advantage for too long as the contest went back and forth.

The finish to the match was also very cool, as Daniels gained the victory by using Styles’ own finishing move – The Styles Clash in a somewhat shocking finish to their final encounter. 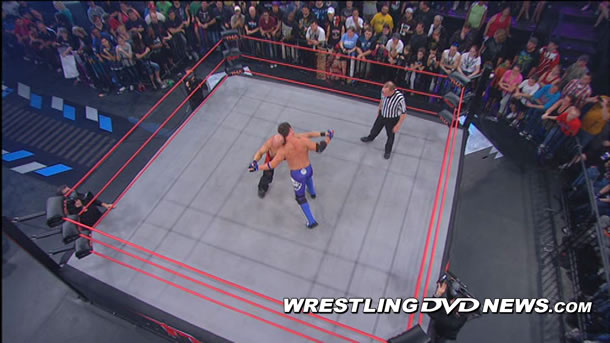 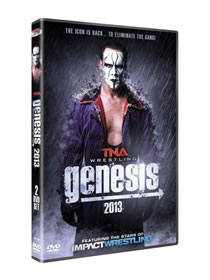 Much like the X-Division in the earlier years, the Knockout division once held a great deal of prestige within TNA. It was even oftentimes reported that the Knockout’s matches and segments were the highest rated portions of Impact. Just next month TNA will air a Knockout’s “One Night Only” PPV featuring both past and present Knockouts.

This gauntlet style match was to determine a number one contender for the Knockouts Championship. The rules being that two Knockouts begin (Gail Kim and Miss Tessmacher) and when a competitor is eliminated by pin or submission another Knockout enters that match, until all five Knockouts had competed.

Of the time this was really one of the better Knockouts matches with Gail Kim being the workhorse managing to go through: Miss Tessmacher, ODB and Mickie James. However she came up a little short against Velvet Sky following a verbal exchange with referee Taryn Terrell. This exchange would progress to a storyline and a fantastic Last Knockout Standing Match at Slammiversary.

It is really refreshing to see women’s wrestling given a decent amount of time and allowing the women to work hard. While this match isn’t up to the level of some of the other matches we are looking at here, it was still a decent match-up. 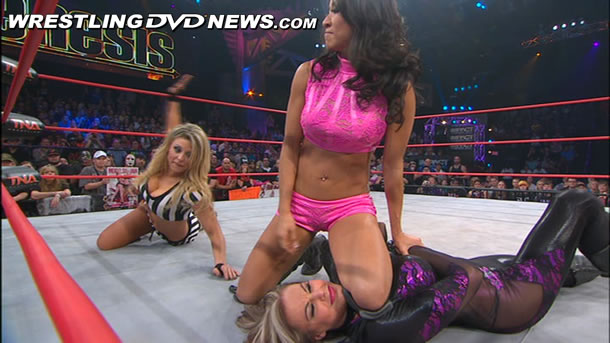 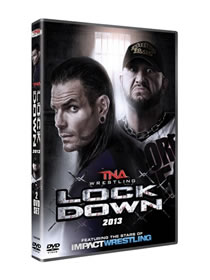 Lethal Lockdown is TNA’s version of the War Games match, which has become a staple of the Lockdown event since the inception in 2005. This 2013 edition of Lockdown took place at the Alamo Dome in San Antonio, Texas (site of the 1997 WWE Royal Rumble).

In the match Team TNA took on Aces & 8’s, which at the time would appear to be the beginning of the end of the story. However it would turn out that the story would take a twist at the end of the night in the World Title Match, when Bully Ray was revealed as Aces & 8’s leader. To me this match was set up, played out and especially concluded like it should have been the end of the Aces & 8’s storyline. 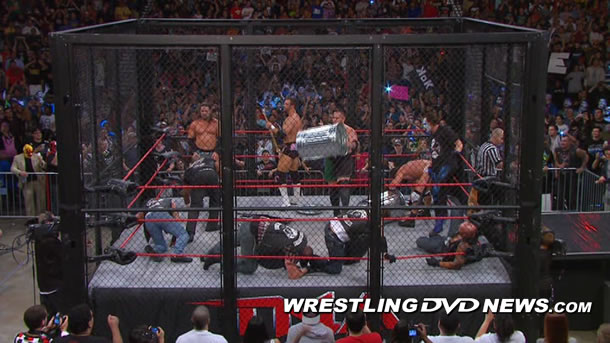 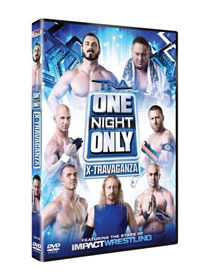 Our next match comes from the very first “One Night Only” PPV, and it is very appropriate that the first One Night Only show pays homage to the once spectacular X-Division.

The early portion of this match is mainly mat based with no one competitor making a concerted effort to climb and grab the “X”. However while this action is ground based it is still fast paced and exciting. However when the competitors start go for the “X” the match really kicks into high gear with lots of fun spots. 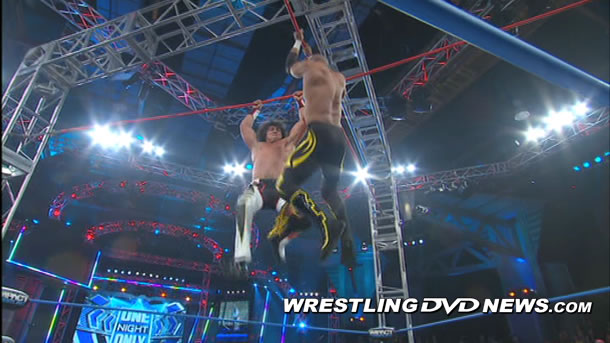 This match was part of Jerry Lynn’s retirement tour and according to internet rumours it was Van Dam who specifically requested that this match. It was only fitting that RVD take on what could arguably be his biggest rival: Jerry Lynn one last time.

In addition to his history with RVD, it is also very appropriate that Jerry Lynn should be involved in an X-Division PPV as he was one of ten pioneers of the X-Division (who can forget the amazing Triple Ladder Match with Jerry Lynn, AJ Styles and Low-Ki?).

The match itself was excellent, it did an excellent job of playing off their past matches and knowledge of each other. The use of weaponry was also very good, it wasn’t your typical No DQ match filled with plunder and honestly here less was WAY more. Their teasing of the table spot was especially great and when it finally comes it is out of nowhere.

Overall this match was a very fitting finale to their storied rivalry. Also a really cool moment for Jerry Lynn was when the TNA roster came out onto the ramp to show their respect for Jerry Lynn and his contributions to the wrestling business. 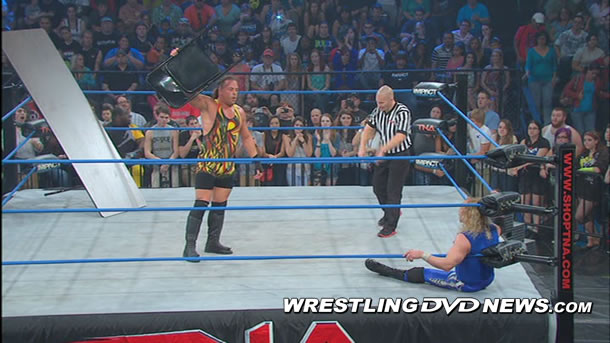 If you would like to pick up any of these releases, you can do so by visiting TNADVD.co.uk. In addition the second One Night Only PPV – Jokers Wild is now in stock. This event features a “Battle Bowl” type tag team tournament which culminates in a battle royal.

Good news also for fans in the United States who can now buy these DVDs at ShopTNA.com.