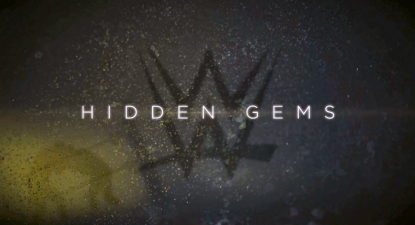 The WWE Network is about to unearth “relics forgotten to time” and “classic hidden gems”.

A series of content worth your attention, featuring unreleased and scarcely-seen footage dating back as far as the 1950’s, is slated to go live tomorrow morning, Tuesday, September 6th, 2016 — the same day another new Collection will debut; this one on the late, great Eddie Guerrero.

In a WrestlingDVDNetwork.com exclusive, watch the trailers for both Collections here…

Staying true to its name, “Hidden Gems”, WWE’s latest Collection will present 15 pieces of content – a list full of goodies not previously available on the service! With gems that reach into the vault as far as the ’50s and ’60s, with content from the AWA, NWA, Smoky Mountain Wrestling, ECW, FCW (and more!), now is the time to take notice of the Network’s Collections section.

WWENetworkNews.com has revealed the full content listing planned for it – go take a peek.

Journey deep into the archives, and dust off these Hidden Gems in a collection available only on WWE Network.

Whether it’s Lou Thesz facing Ray Gunkel from the 1950s, or Bret Hart taking on Terry Funk in a rare ECW match, this collection has a little something for everyone. From the early days with Gorilla Monsoon, Gene Kiniski, and Andre The Giant, to modern day rarities with Seth Rollins, Stone Cold Steve Austin, and more, experience a potpourri of forgotten classics.

It doesn’t stop there as also about to hit the WWE Network is a new Collection showcasing the career of a wrestler always in our hearts – Eddie Guerrero. Expect to find almost 20 pieces of content taking you through Eddie’s career in ECW, WCW and WWE, culminating with winning the big one against Brock Lesnar in 2004 and his Championship celebration on SmackDown.

Check the full line-up of content in this one at WWENetworkNews.com, and the trailer below:

From his trademark grin to the endearing motto “Lie, Cheat, and Steal”, Eddie Guerrero’s versatility left an indelible mark on the WWE Universe. Celebrate a life that was taken from us all too early, as we journey through the Hall Of Famer’s one-of-a-kind career in this WWE Network Collection.

From his memorable battles in ECW and WCW, to his ultimate triumphs in WWE against Brock Lesnar, Chris Jericho, and Kurt Angle, one thing is for sure, Eddie Guerrero will never be forgotten.

As you can see on our WWE Network Schedule, these anticipated Collections will be joined by other new content streaming this week the likes of Talking Smack, the Cruiserweight Classic, the Backlash PPV, and of course not forgetting any quiet Updates in the background.

We leave you now with a quick taster clip of “Hidden Gems”, previewing a match that features none other than The Undertaker as he invades Smoky Mountain Wrestling to wage war with Kane (then Unabomb) in a match you could say kicked off their storied rivalry before we ever knew it: