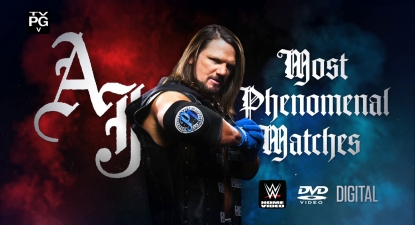 AJ Styles, the WWE Champion, The Face That Runs the Place, will this year be subject to his first-ever WWE DVD and today WrestlingDVDNetwork.com gives you an exclusive first look!

That first look comes in the form of the official trailer in which we hear snippets from a brand new AJ Styles interview to be featured in the DVD as we are given a peek at some of the matches slated for inclusion. So far we’ve been able to confirm the following in our recent news reports:

The content listing is being finalized as we speak and early indications are to expect around 20 matches over a 3-disc collection that runs close to 8 hours and 45 minutes. 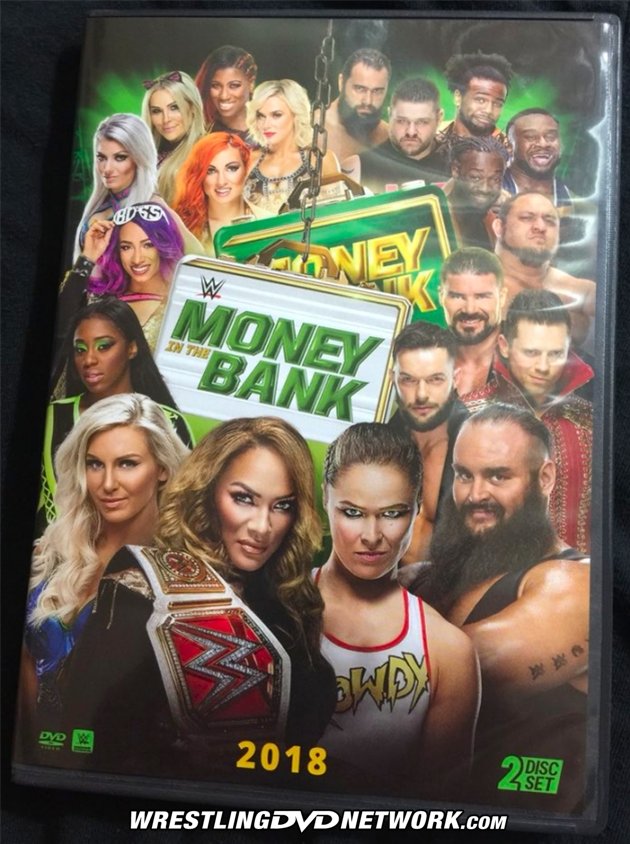 It’s time to add another WWE DVD to your collection! Money in the Bank 2018 officially releases today to fans across the United States. Let’s take a look at the 2-disc set and everything on it.

Get hold of your own copy right now by clicking here to Amazon.com.

The Money in the Bank 2018 DVD presents the entire 4-hour PPV event and 6 extra features!

Thanks goes out WDN readers Matthew and Jordan for the first look photos. 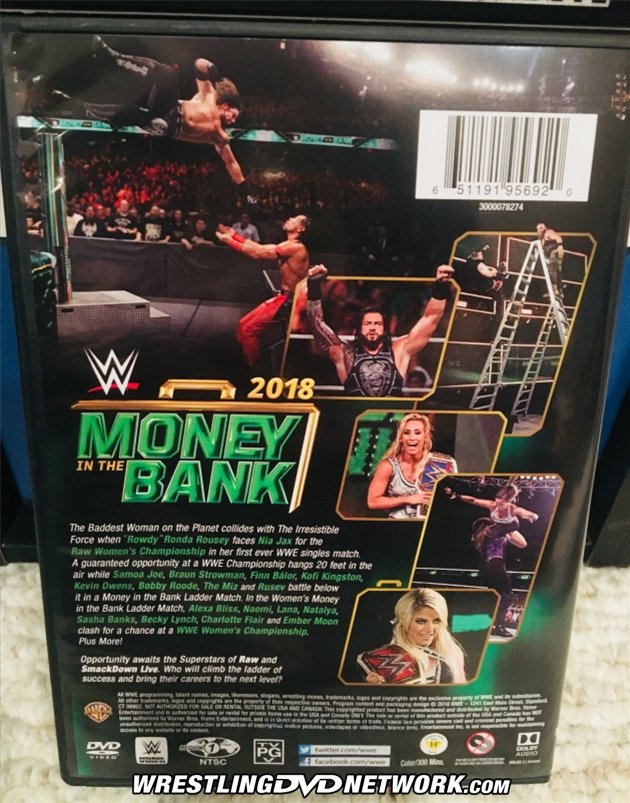 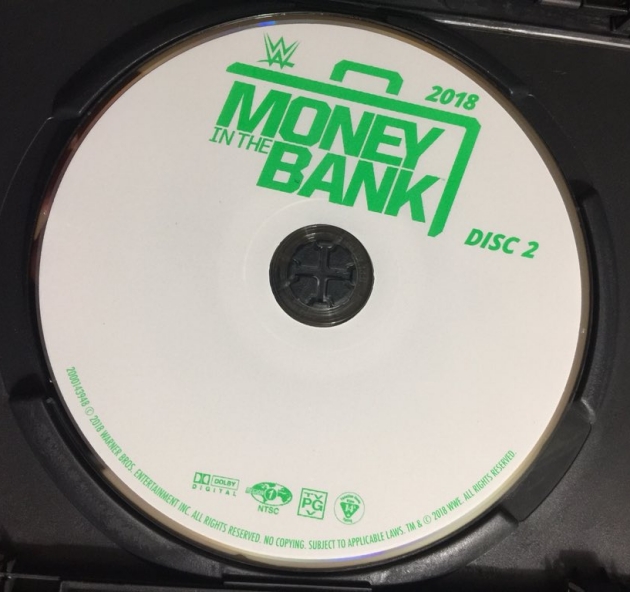 The Baddest Woman on the Planet collides with The Irresistible Force when “Rowdy” Ronda Rousey faces Nia Jax for the RAW Women’s Championship in her first ever WWE singles match. A guaranteed opportunity at a WWE Championship hangs 20 feet in the air while Samoa Joe, Braun Strowman, Finn Bálor, Kofi Kingston, Kevin Owens, Bobby Roode, The Miz and Rusev battle below it in a Money in the Bank Ladder Match.

Opportunity awaits the Superstars of Raw and SmackDown Live. Who will climb the ladder of success and bring their careers to the next level?

And a free Charlotte Flair trading card inside the packaging! 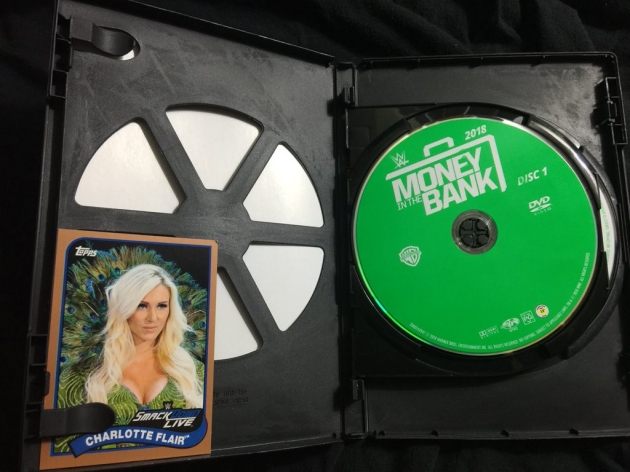 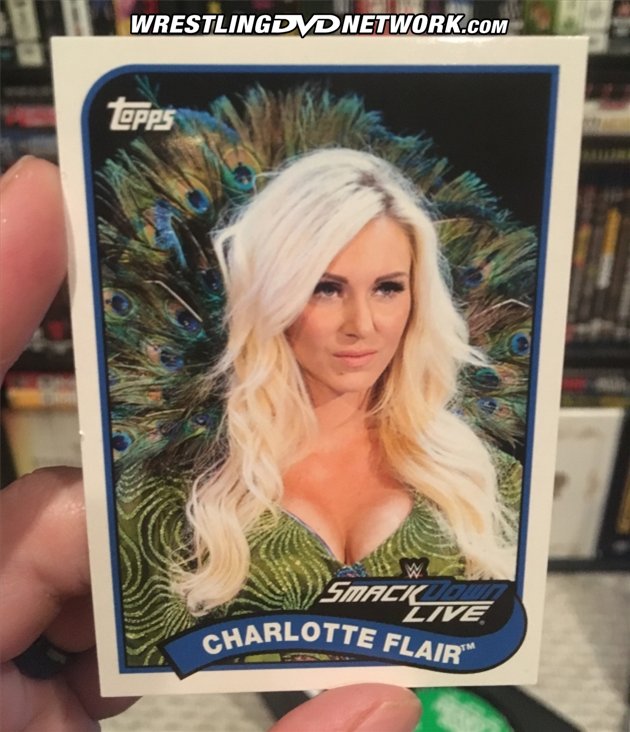 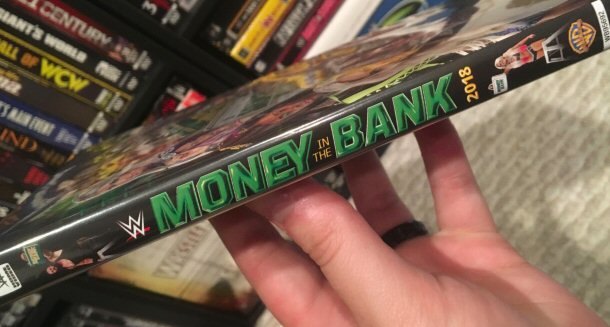 Next up we’re bringing you a look at the full sleeve artwork for “Shawn Michaels: The Showstopper Unreleased”; a 3-disc DVD set to be packed with more than 8 hours of rare HBK matches.

This will be WWE’s big Home Video release in October. 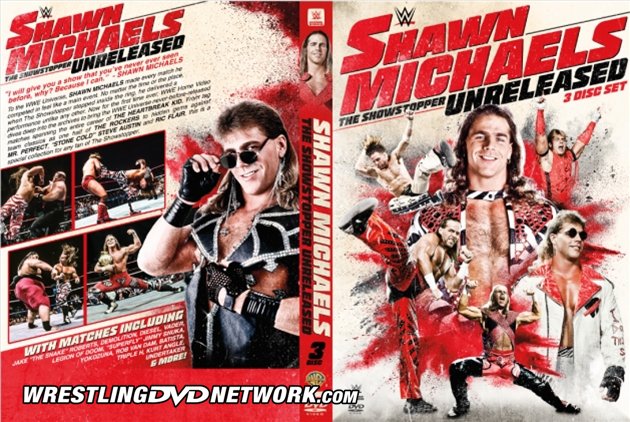 WWE posted this video teaser on Twitter hyping the “The Shield: Justice For All”.

EBAY WATCH: This massive lot of 100 WWE PPV DVDs (among them some WWF DVD rarities like SummerSlam 2000, Judgment Day 2001 and No Mercy 2001) is being auctioned off on eBay today, ending in just a few hours. The current bid price is $20.50. 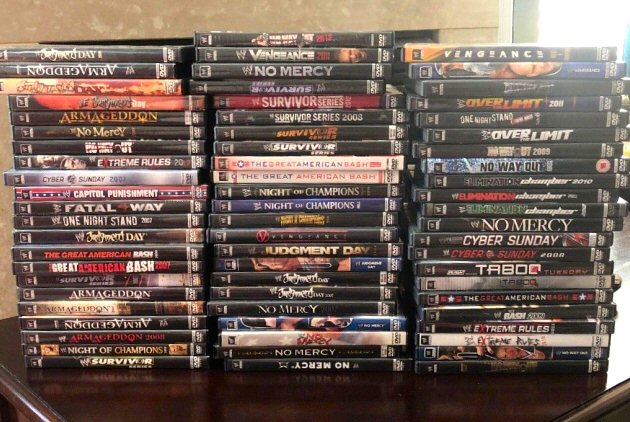 If you don’t meet the reserve price on those how about this lot of 10 ROH DVDs ending tomorrow?

Or maybe this collection of original-print ECW DVDs ending Friday?