Check out the first video trailer for Batista – The Animal Unleashed!

In the trailer Batista can be heard discussing his early life and growing up, why he left WWE in 2010, his transition into outside ventures like movies, and his recent return to WWE.

Below is a first look screenshot from the documentary portion of the DVD and Blu-ray set, which we can today confirm has a runtime of approximately 40 minutes.

The new Batista DVD releases on June 10th and you can pre-order a copy by clicking here. 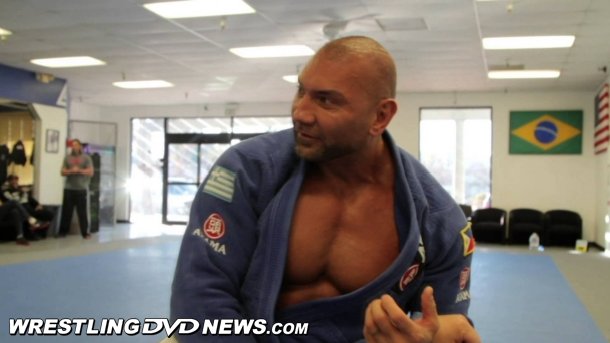 If you haven’t picked up the new “RAW – After the Show” DVD/Blu-ray yet, check out these two new preview clips as revealed by WWEDVD.co.uk. In these there’s a look at one of Renee Young’s host segments and the John Cena vs. Edge “dark” match.

Including “RAW – After the Show”, listed below are recent WWE DVD titles that hit the UK and Europe, plus upcoming release dates from now until the end of next month.

“Batista: The Animal Unleashed” will be listed for pre-order on WWEDVD.co.uk soon.

Today and tomorrow are your last chances at the “up to 75% off” WWE DVD and Blu-ray sale running exclusively here on WWEShop.com. Clicking that link is the only way to see these deals as they are not shown publicly, instead only for you loyal WDN readers! 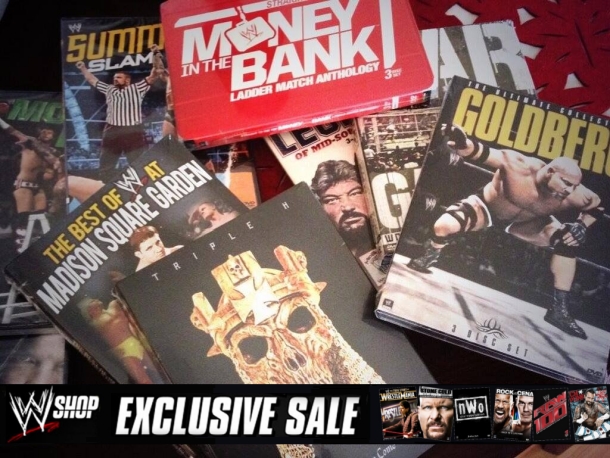 Not forgetting there’s now just about 10 days left to take advantage of the $5 wrestling DVD sale going on here at Highspots.com. There are 100 DVDs included! 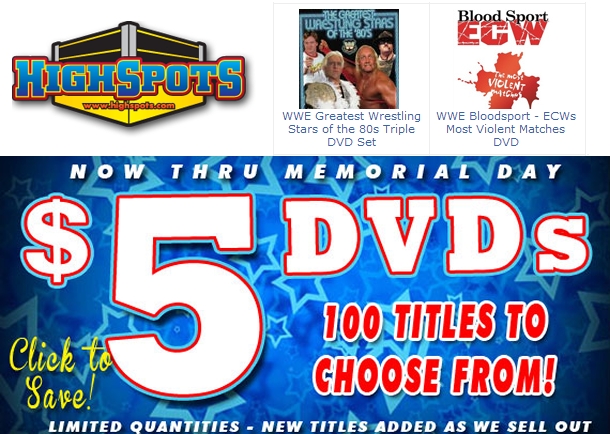 Here’s a rundown of noteworthy deals to be had today on eBay.com.

eBay seller “sodarulz” is auctioning off several rare WWF DVDs individually, here. Those include Invasion, No Way Out 2002, WrestleMania 18 and others from $1.99. 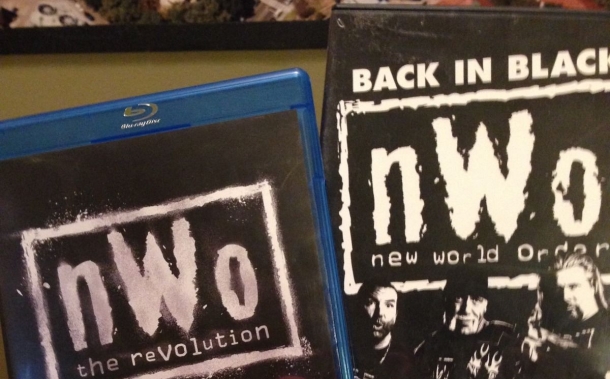 The following are links to cheap WWE Blu-rays finishing up today on eBay: