Goldberg – The Ultimate Collection is on the way for next month on WWE DVD and Blu-ray!

Earlier today WWEDVD.co.uk released the official trailer, which you can watch below.

“The Ultimate Collection” is a compilation of 30 matches on DVD (a whopping 35 on the Blu-ray edition!) which covers his time wrestling for WCW and WWE from 1997 to 2004. In between matches featured you get occasional video packages telling the story of his career and major milestones. There is no documentary here, nor involvement from Goldberg himself.

Order it for October 8th at Amazon.com; October 7th to the UK at WWEDVD.co.uk.

Below are a few exclusive screenshots taken from the Goldberg DVD. 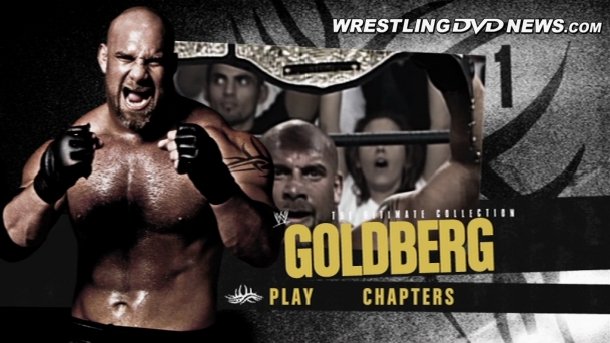 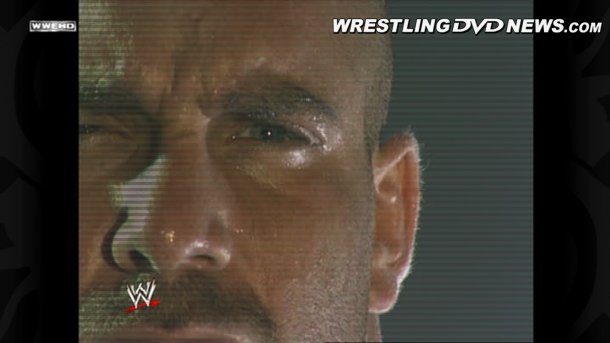 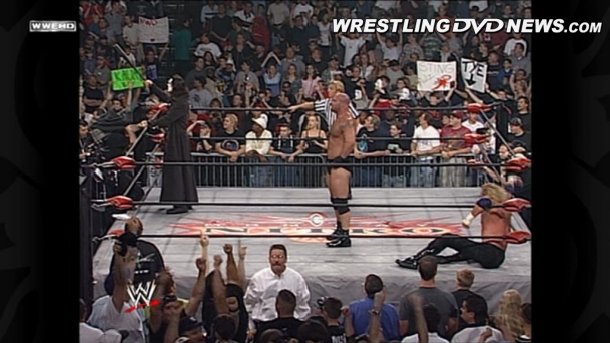 Triple H: Thy Kingdom Come was released today! It’s in stock here for $19.99.

While we’ve not heard about any store exclusives for the Triple H DVD, WWE sent out the tweet shown below announcing that when buying “Thy Kingdom Come” at FYE stores you can get free Fathead Tradeables (WWE trading cards). No further details on that at the moment. 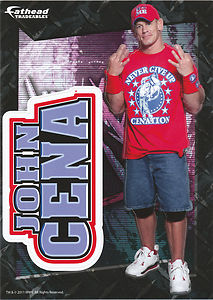 The "@TripleH: Thy Kingdom Come" DVD is available at Transworld. Get a set of exclusive Fathead Tradeables with purchase only at @FYEGuy.

Longtime WrestlingDVDNews.com reader Robert Lacourse is selling off his collection of these rare WWE/WWF DVD sets shown in the photo below. They are individually listed here on eBay.com and their auctions all expire within the next 3 days. Check them out. 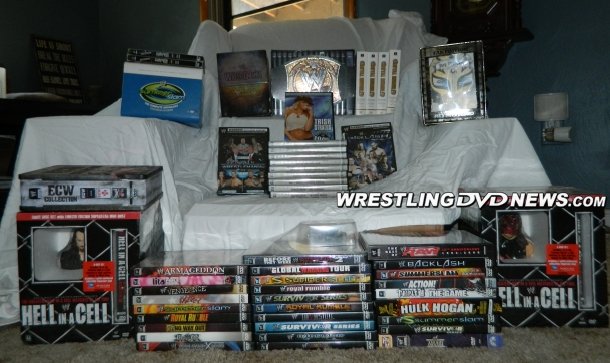 Here’s a larger version of the TNA One Night Only: Hardcore Justice 2 DVD cover featuring Jeff Hardy, which was shown here on the site over the weekend. This artwork is for the UK version and the DVD will be released over at TNADVD.co.uk next month. 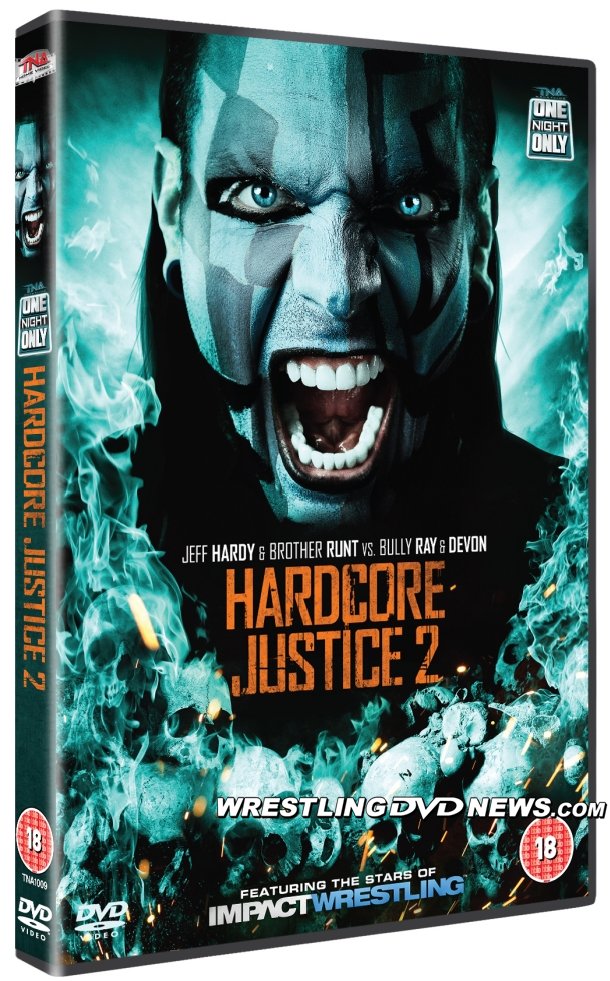