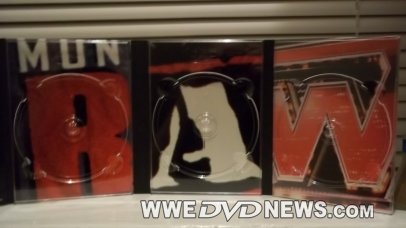 The new WWE Top 100 Moments in Raw History DVD drops in just 6 days (pre-order it) and a video trailer has now been released. Check it out below.

You may have noticed from the WWE Raw 100 Moments DVD photos that an extra called “The Making of Raw 1000” is not listed on the packaging. However, we can confirm it is indeed present on Disc 3 and runs for approximately 5 minutes.

Shane Montgomery sent along the following insightful report on the DVD’s content after having chance to watch an early copy.

Each segment begins with a number popping up on the screen counting down from 100, and of course each one has the event with the date listed at the bottom of the screen. Then a superstar will set up and introduce that RAW event, and they will show the moment, which is usually 3-5 minutes of video followed up by more comments from other superstars. These are mostly stars who were directly involved at the time. Then it moves onto the next moment in descending order. 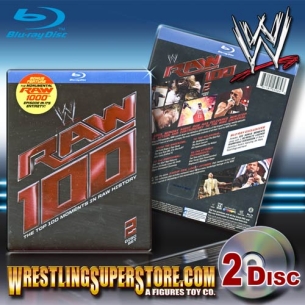 Pre-order your DVD or Blu-ray ::