In our last update we exclusively revealed the match listing for “Rowdy” Roddy Piper’s installment of the WWE Unreleased DVD series, “Getting Rowdy: The Unreleased Matches of Roddy Piper”.

Now comes the official trailer, and the same for WWE’s first-ever DVD on The Miz!

“The Miz: A-List Superstar” and Roddy Piper Unreleased headline the summer 2019 WWE DVD line-up. Miz’s release will drop in July with 15 matches and other career highlights, while Piper’s collection will hit in August and will pack in 18 matches (not forgetting multiple Piper’s Pits on top). The Miz, of course, is a part of his DVD but as the late, great Roddy Piper is no longer with us, a suitable replacement was interviewed — Ronda Rousey!

Which is the most must-see? You decide! Watch the official trailers for both sets above and below, which come courtesy of our pals at WWE Home Video UK. 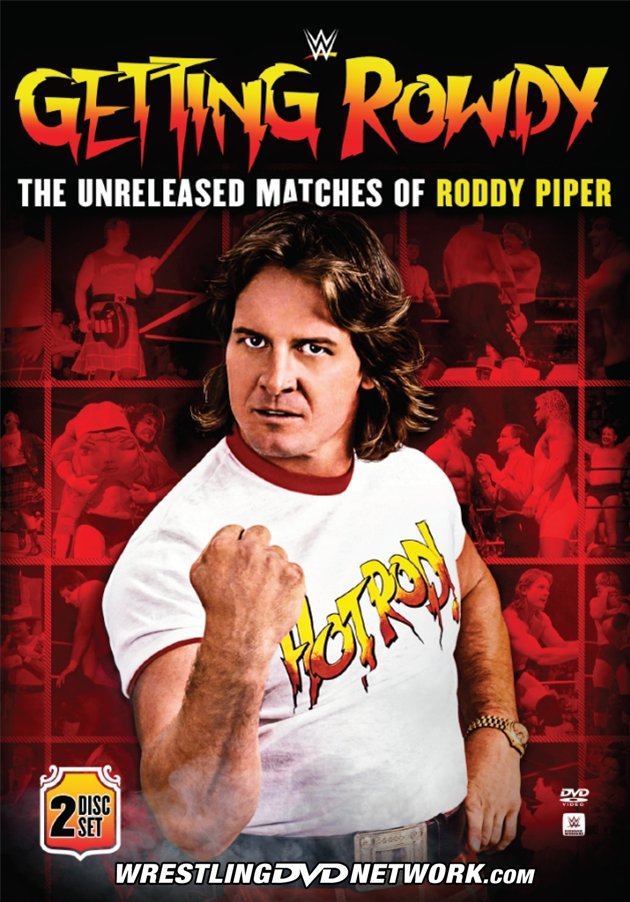 Will WWE be releasing a Super Showdown 2019 DVD?

Yes, they will! And we’ve got our hands on the front cover, back cover, and the list of planned extras.

There will be six special features on the DVD and included among them will be a handful of RAW and SmackDown moments that led into the show, featuring some big names the likes of Brock Lesnar, Triple H, Randy Orton, The Undertaker and Goldberg!

Super Showdown 2019 will be a 2-disc set and this PPV DVD is scheduled to release to fans in the UK first on September 23rd (Amazon.co.uk) and follow to the United States on September 24th. 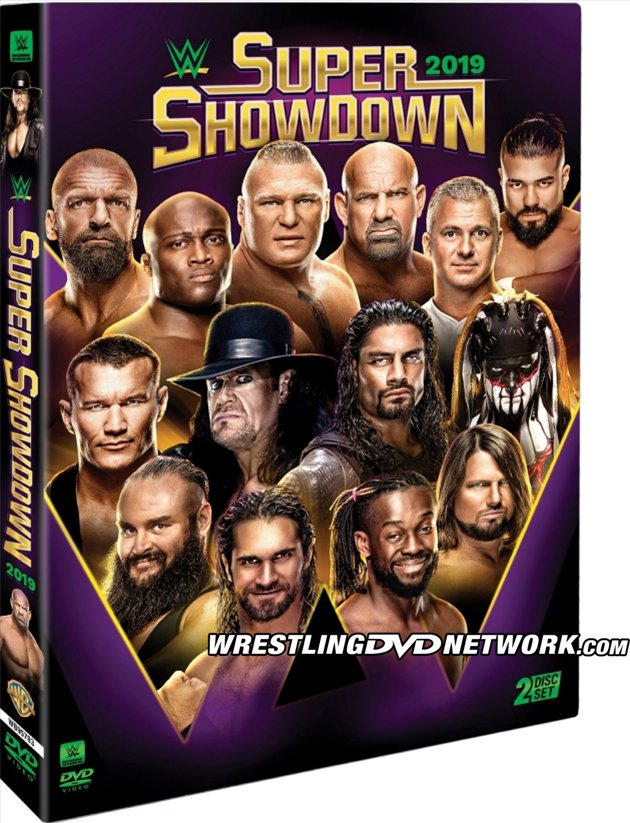 The Miz and Jinder Mahal Discuss the 50-Man Battle Royal

Roman Reigns vs. “The Best in The World” Shane McMahon

Kofi Kingston is Ready to Create Another Moment

The Undertaker vs. Goldberg

— The Usos vs. The Revival
Super Showdown Kickoff Show 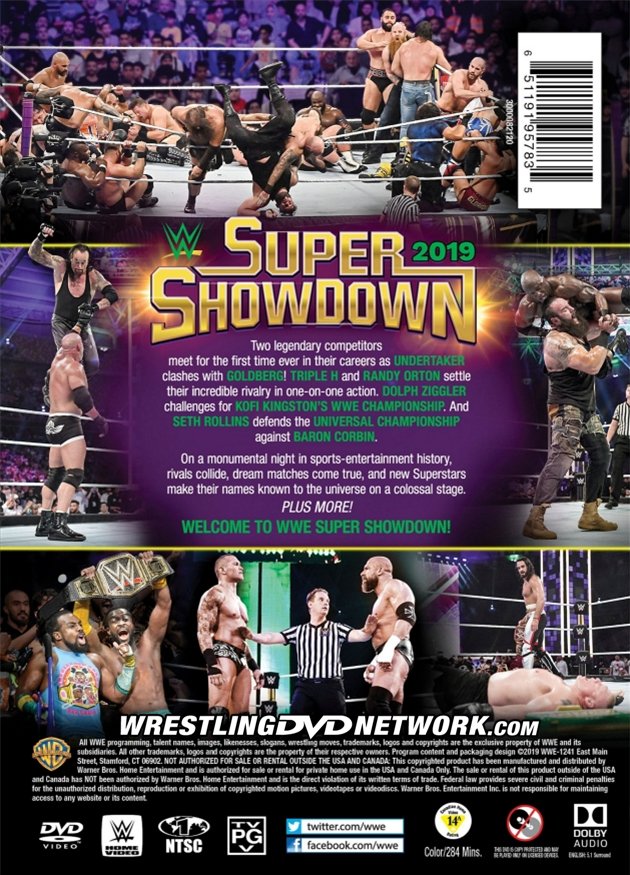 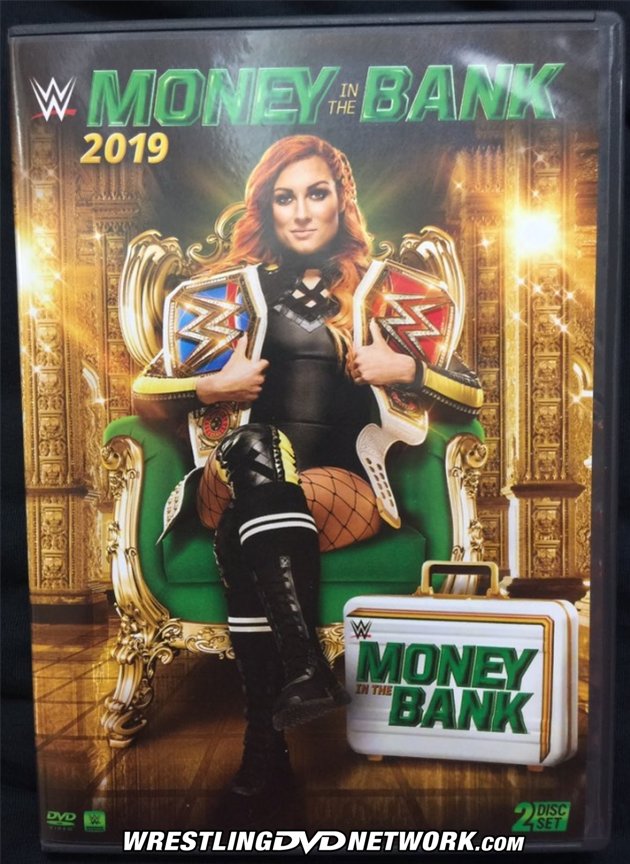 Money in the Bank 2019 is the latest WWE DVD release about to hit stores across the United States; it’s a 2-disc set and you can grab it for $14.99 by clicking here to Amazon.com.

MITB 2019 was headlined by two Money in the Bank Ladder Matches – one with Brock Lesnar as a surprise entrant – but it is “The Man” Becky Lynch who’s the cover star here, as you can see from these first look photos kindly sent in by WDN reader @JordanDVDWWE. 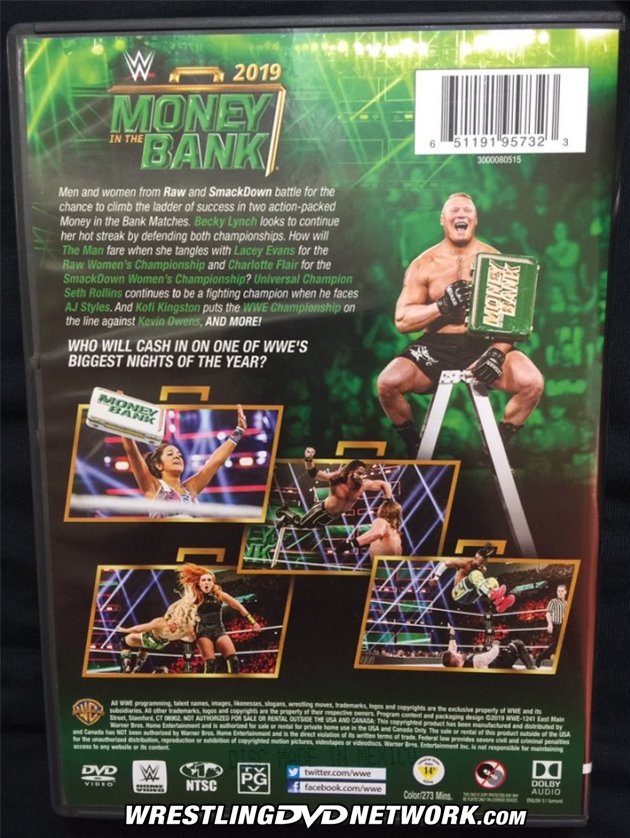 Men and women from RAW and SmackDown battle for the chance to climb the ladder of success in two action-packed Money in the Bank Matches. Becky Lynch looks to continue her hot streak by defending both championships. How will The Man fare when she tangles with Lacey Evans for the RAW Women’s Championship and Charlotte Flair for the SmackDown Women’s Championship?

Universal Champion Seth Rollins continues to be a fighting champion when he faces AJ Styles. And Kofi Kingston puts the WWE Championship on the line against Kevin Owens, and more!

Who will cash in on one of WWE’s biggest nights of the year?

— The Usos vs. Daniel Bryan & Rowan
Money in the Bank Kickoff Show 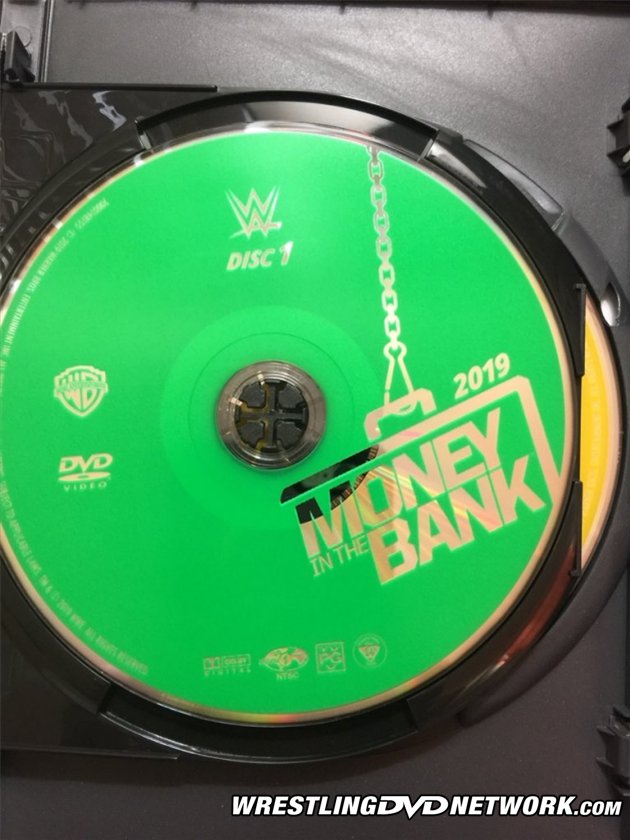 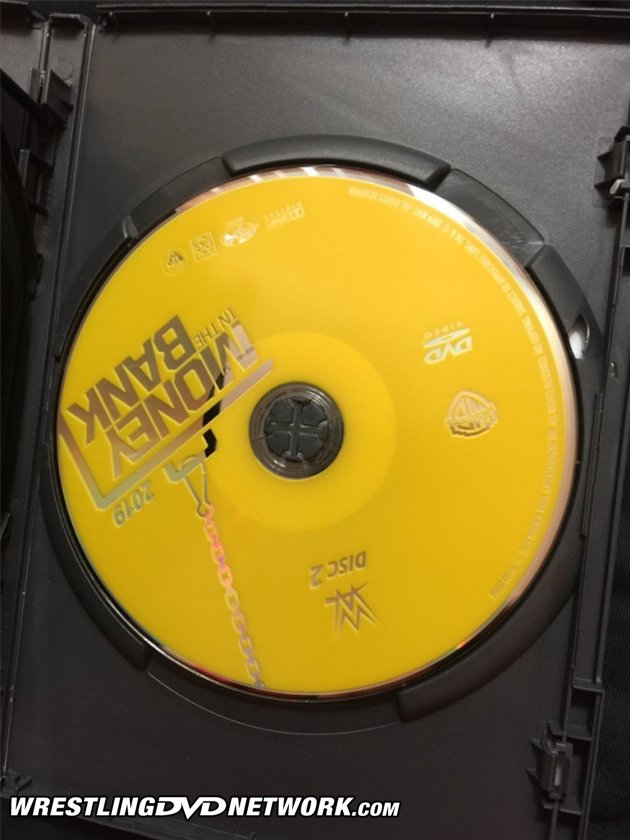 – United States: TOMORROW! Get your copy of the MITB 2019 DVD here on Amazon.com.