Hi and welcome to Tick-C’s Treasures!

Every fortnight I’ll be showcasing some of the treasures I have found throughout the years collecting WWE DVDs. 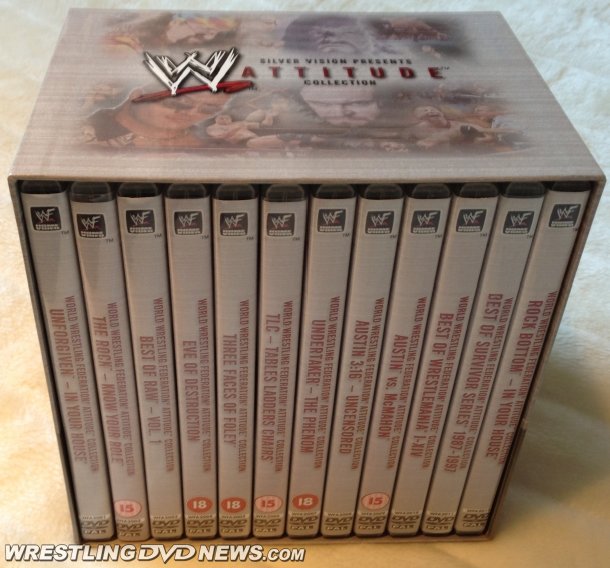 I was born in 1985 in Preston England, and I can reminisce watching the earlier PPVs at a young age on Sky television (back then on Sky Movies, my first one being WrestleMania 8). I grew up through the “Rock and Wrestling” era of professional wrestling by swapping video tapes with friends. As I got older, the World Wrestling Federation evolved, to a heavily gimmicked era in the early ’90s which I enjoyed watching so much. The sport’s resurgence made it socially acceptable to watch grown men in colorful outfits beat the snot out of each other. But I believe WWF was struggling for ratings survival while a cultural shift in the viewing audience’s taste was occurring. ‘Saying your prayers and taking your vitamins’ had lost its luster amongst the rebellious masses that were now ‘stratusfied’ by ‘flipping the bird’ and ‘laying the smackdown’.

However, I was only 12 or 13 years old when the Attitude Era of WWF hit the screens and remember my mother telling me off for watching WWF TV then, but I would somehow manage to record and watch WWF TV week in week out in my room on my own as I was hooked! The era had a striking swing to more adult-oriented programming content, which was accomplished in numerous ways, including an upsurge in the level of portrayed violence and the combination of sexually charged, horrific, or otherwise politically incorrect characters and story-lines created for shock value. And guess what? It worked. Well, it worked for me anyway. 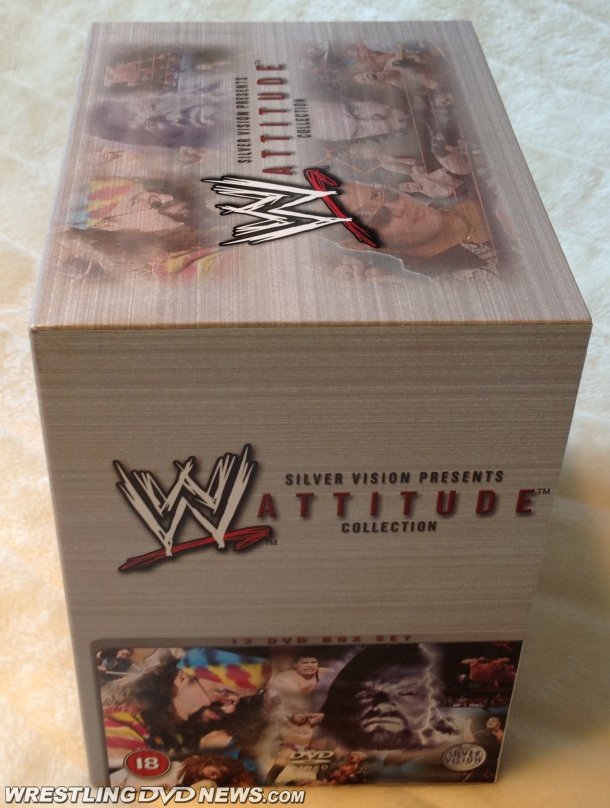 My teenage years went hand in hand with the Attitude Era. From Stone Cold, The Hardyz, The Dudleys, The Godfather, The Rock, D-Generation X, Trish Status, Lita, the list goes on and on, who I grew up with, living vicariously through what they did each week on television.

So, with that in mind, I was quite excited to learn that Silver Vision had a box set dedicated to this time period in professional wrestling. Conversely I had been collecting wrestling DVDs for quite some time before picking up this jewel. I had all the separate VHS’ from this set when they were released previously, however I never had the outer box pictured above with the DVDs. The complete set was released in 2002 I believe but I only managed to get hold of it on eBay.co.uk a few years ago. I remember a lot of bidders on this particular set but I was prepared to pay big bucks and managed to be the highest bidder with a price tag of around the £190 (US $300~) mark. Some people may feel that’s quite the outrageous spend but for me reliving and reviving those past memories, every penny has been worth it!

For the newer WWE fans who simply weren’t around for the Attitude years, or maybe fans that dropped off before the era started, this set is a great summary and reminder. If you can’t get hold of the originals then it’s not the end of the world, since many were re-released to the UK under the WWE banner recently and are cheap to find on various websites, so it won’t burn a hole in your pockets to relive these great moments.

I’ll be back soon with more treasures right here on WrestlingDVDNews.com.
Follow @tickc317 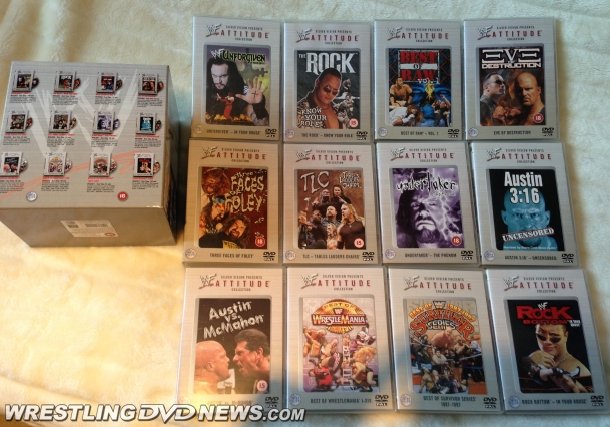 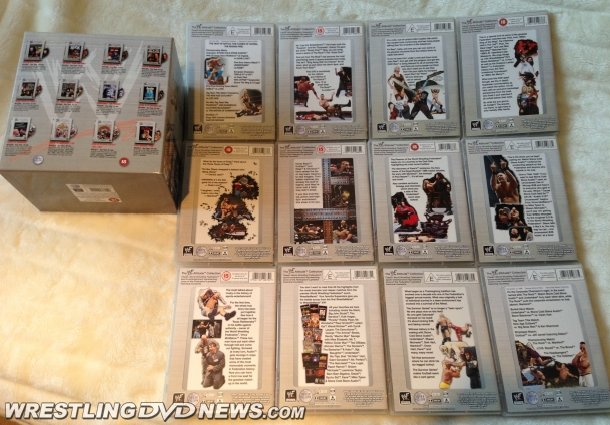