Hi and welcome back to Tick-C’s Treasures!

Here I’m showcasing some of the treasures I have found throughout the years collecting WWE DVDs. So, let’s kick this off AGAIN with another jewel that I acquired a few years ago from eBay.co.uk.

A fortnight ago I told you how I got into wrestling by starting off with the “Rock ‘N’ Wrestling” era of WWF. I was swapping video tapes with friends to watch it. The endless spectacle of plumbers, clowns, garbage men, and ice hockey players gathering up to do battle in the squared circle. However all that came to an end and the wrestling product was changing to an era of blood, sex and violence, which brought some of the finest flashes in wrestling history.

Gone were the days of WWF being family-friendly television featuring the likes of Hogan, Warrior and Savage, as cartoon characters were kicked out of the back door to be transformed by trash talking, beer drinking, hand gesturing anti-heroes, who broke every rule in the book. The WWF quickly developed an attitude. Even the good guys weren’t the kind of people that your parents wanted you to look up to!

Conversely, as the times changed again, the imminent demise of the Attitude Era had come in and around 2001/2002. Therefore I bring to you this treasure:
The Classic Five of 2001. 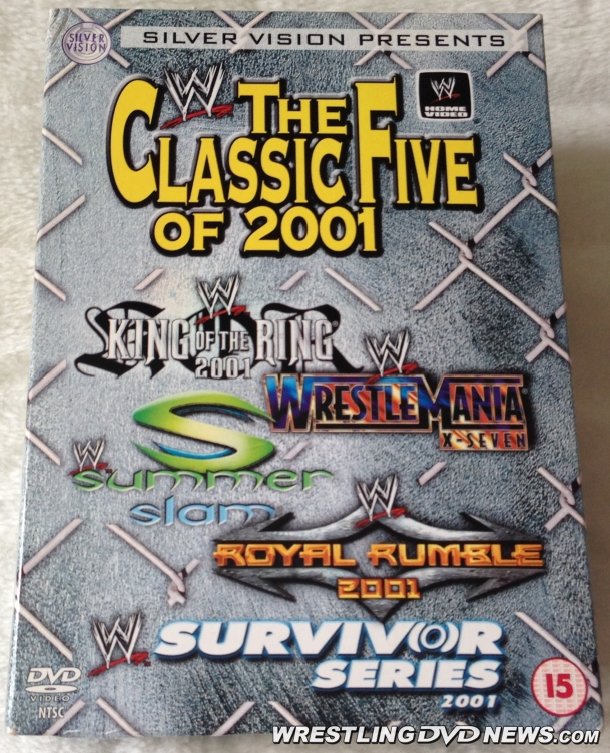 The box set contains the big five Pay-Pay-View events from 2001.

Again, just like the Attitude Collection Box set featured last time, I did not acquire this directly from Silver Vision, but instead later from eBay. I remember getting this for around £100 (US $150~), which I thought was a real steal for a gem like this, as it contained 5 deleted titles, with all 5 of them containing the WWF Attitude “scratch logo”. 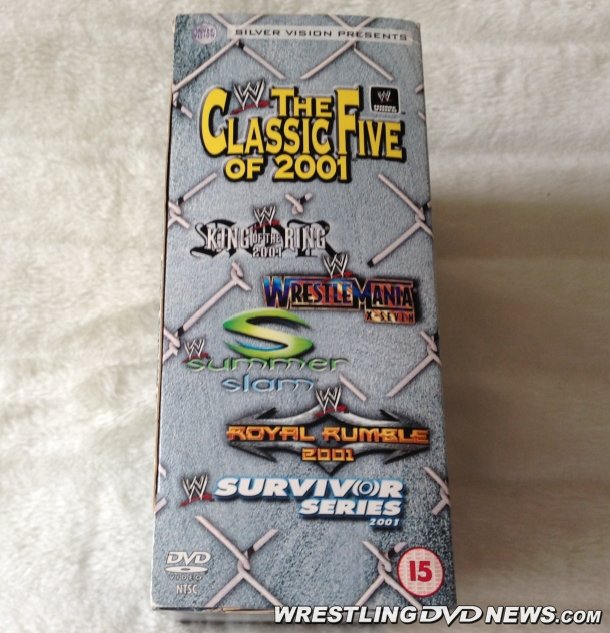 I would say the DVDs in this set are amazing to capitalise on the nostalgia of the closing stages of the Attitude Era in your wrestling viewing. Austin would go on to win the Royal Rumble and come out victorious against The Rock for the WWF Championship at WrestleMania X-Seven with help from his former arch rival, Mr. McMahon.

At this point the Monday Night Wars came to an end when the WWF purchased WCW from Time Warner. King of the Ring had one of the most memorable matches with Shane McMahon, who was supposedly trying to acquire talent for his new vision of World Championship Wrestling against former Olympic gold medalist Kurt Angle who was also defending his crown that night. SummerSlam pitted two of the mega-stars from both the WWE and the now defunct WCW against each other. Although Shane McMahon was in Booker’s corner, he couldn’t help him defend his WCW title, as The Rock came out triumphant.

This, along with WWF’s acquisition of the bankrupt ECW, led to the Invasion storyline, where the WWF roster faced a WCW/ECW Alliance (led by Shane McMahon and Stephanie McMahon-Helmsley). This in-ring war concluded at Survivor Series with the WWF prevailing.

Finally, if you cannot get hold of the box set as a complete piece, I would recommend you getting all of the original “scratch logo” DVDs separately where possible. If not these individual out-of-print DVDs, then perhaps the UK Tagged Classics while they are still around since those could soon be difficult to find as well. 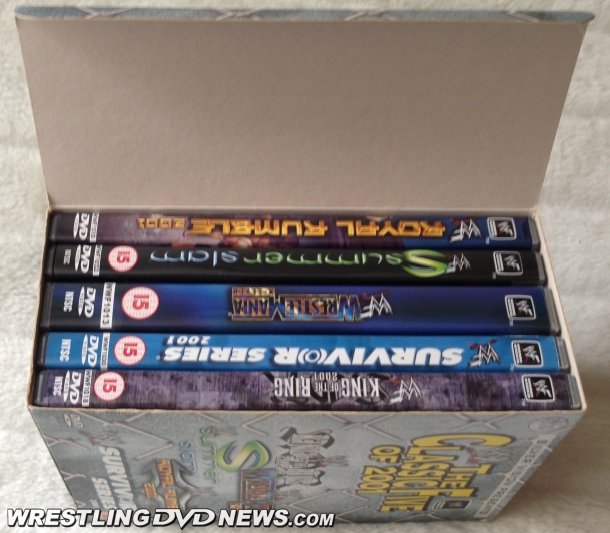 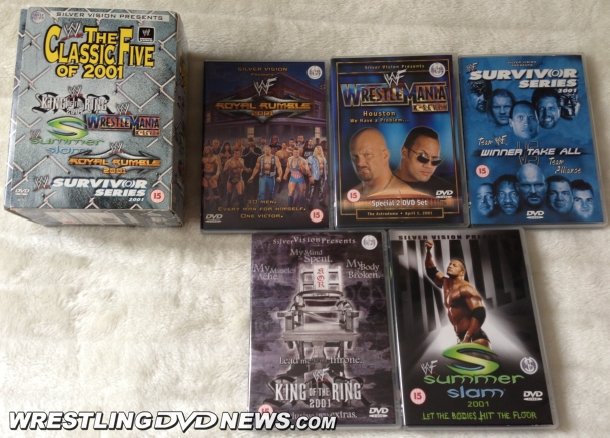