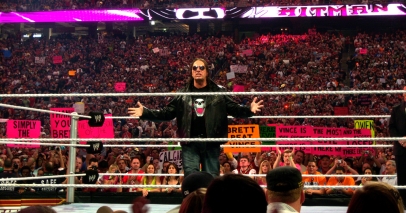 Bret “Hit Man” Hart: The Dungeon Collection is one of the next WWE Home Video offerings on the way this year and promises rare, never-before-released matches as chosen by Bret himself [watch interview]. It will be produced on both DVD and Blu-ray formats, and right now, we can exclusively reveal two matches planned for the content.

The Dungeon Collection DVD/BD will be released to the United States on March 5th, 2013, and you can already pre-order your copy now by clicking here.

Fans in the UK and Europe look out for your opportunity to pre-order it at the new home for WWE DVDs and Blu-ray – WWEDVD.co.uk – launching this month.