We’ve noted over the past several months a number of WWE DVDs going out-of-print in the United States. Two more titles from 2005 are the next to join that list. 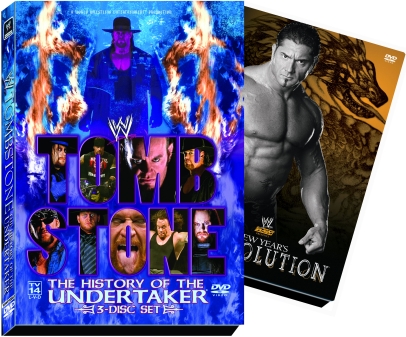 Lots of WDN readers have spotted the Buy 1 Get 1 Free WWE DVD and Blu-ray sale running at their local FYE stores. It can now be fully confirmed that various Anthology volumes are included in the sale and marked down to just $9.99 each!

Thanks to Joshua Lightfoot, Glenn Morris, and Lisa for the photos below. 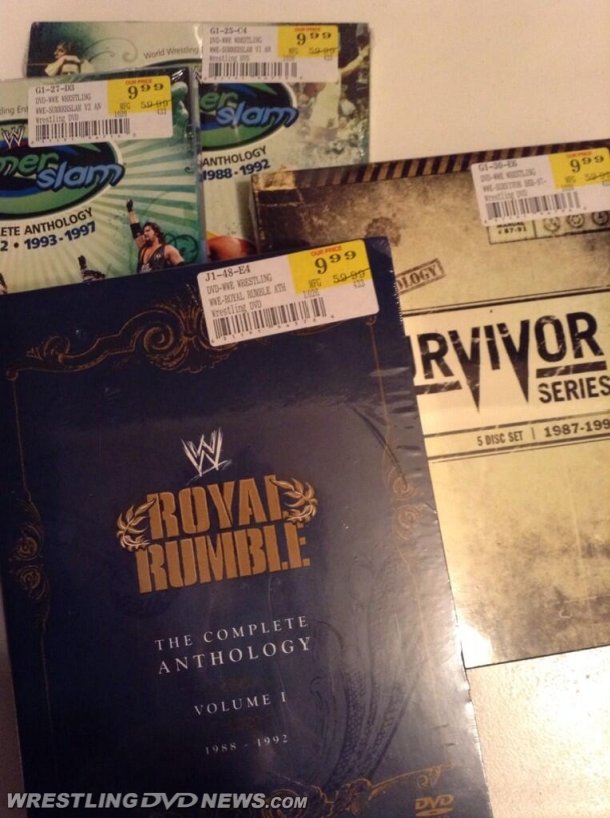 Jordan F sent in this helpful report on his observations from the sale.

I have an update on the FYE sale. There is still no specified end date for the sale. Used/On-Sale DVDs are excluded from being BOGO. Not only are the Summerslam Anthology Sets $9.99, the Survivor Series Anthology, Royal Rumble Anthology & (probably, my FYE was out) the WrestleMania Anthology Sets are the same price.

I got: Triple H: Thy Kingdom Come, Best Of WWE At MSG, Money In The Bank Anthology, Goldberg: The Ultimate Collection, Summerslam Anthology Vol.1 & 4, Royal Rumble Vol.1, & Survivor Series Anthology Vol.1 for a total of about $77. I also noticed a markdown of some select $6.99 DVDs to $4.99 & a decrease in many Used WWE DVDs to a lower price than usual. 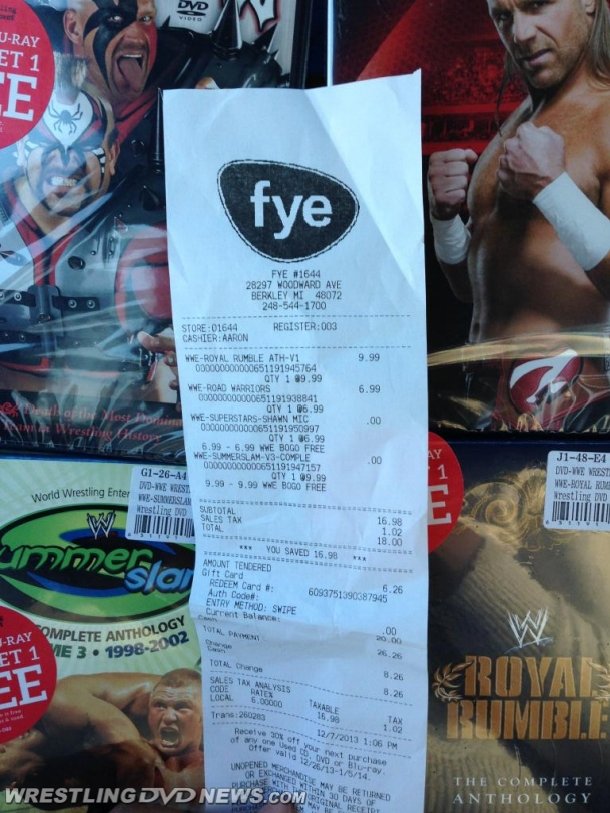 We recently reported of FYE’s plans to stock a store exclusive version of “The History of WWE: 50 Years of Sports Entertainment” DVD with a poster included. Upon release of the DVD many were unable to find the exclusive but it has now begun to surface in stores.

Shout to Juan Munoz for sending along this pic of the poster. 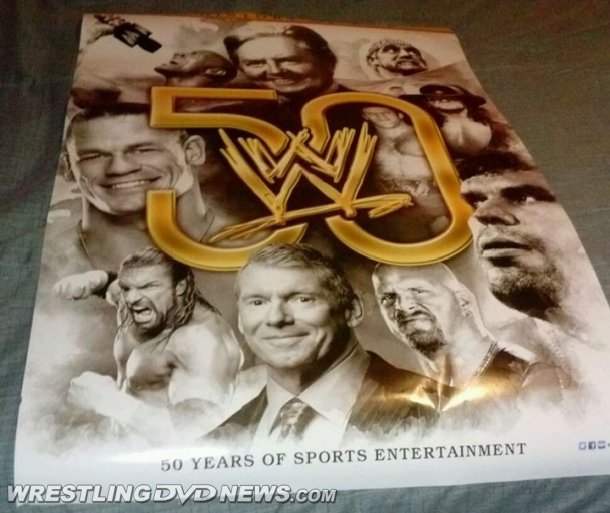 Fellow WDN reader Steven T sends word of his eBay auction for the tricky to find 4 disc Roddy Piper DVD. Look here for the $14.99 auction if you’re missing this one from your collection.

The standard widely released DVD was a 3 disc set but this Circuit City exclusive in the United States also included a bonus disc with extra Piper’s Pit segments. 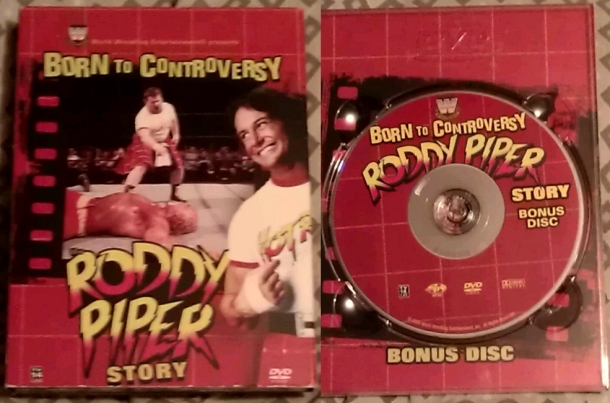 More cool stuff upcoming on eBay.com follows below. All four of these noteworthy and rare WWF/WWE DVD auctions are ending later today!