Two New TNA DVD’s To Be Released In the UK; No Change For the US

While no details for new TNA Home Video releases have surfaced for the United States, Amazon.co.uk & HMV are listing TNA Twin Pack: Turning Point 2011 & Final Resolution 2011, and TNA Genesis 2012 for release within the next month.

Here is the cover for the Twin Pack: 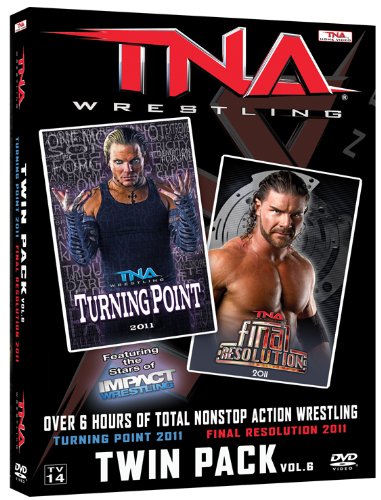 It’s worth noting that Turning Point & Final Resolution 2011 have been released digitally in the US, breaking TNA’s usual time frame for home video releases.

As reported on previously, the current problems with TNA’s DVD releases domestically in the United States stem from their Home Video distributor going out of business recently.