Two new WWE DVDs – “Slam City” and Hell in a Cell 2014 – have been released today to fans across the United States. The “Slam City” DVD is a Walmart exclusive.

Hell in a Cell is available for only $10.19 here on Amazon.com (or slightly less from third party sellers there). For reasons unknown, the DVD has not yet been added to WWEShop.com.

Here are first look photos of the Hell in a Cell 2014 DVD and a reminder of the extra features you can expect to find on there, two of which are “Home Video Exclusive” segments.

Most stores are carrying the DVD with a free Topps trading card, as seen in the video above. 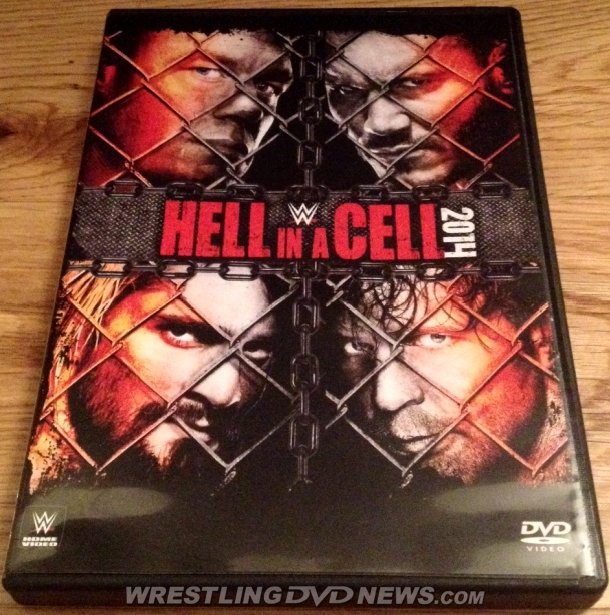 Hell in a Cell is a structure unforgiving to the combatants inside of it. Careers have been shortened, pain has been inflicted, and those who exit the demonic structure almost never leave unscathed. On this night of havoc and mayhem, the Superstars of WWE will go through hell!

Two rivalries continue inside Hell in a Cell, as the “Unstable” Dean Ambrose seeks his revenge on Seth Rollins. The stakes are high for John Cena and Randy Orton, as they will also be locked in the cell to settle their differences with the winner getting a future shot at the WWE World Heavyweight Champion Brock Lesnar. Big Show looks to defend the honor of the United States when he wages war with the unstoppable Russian sympathizer Rusev. 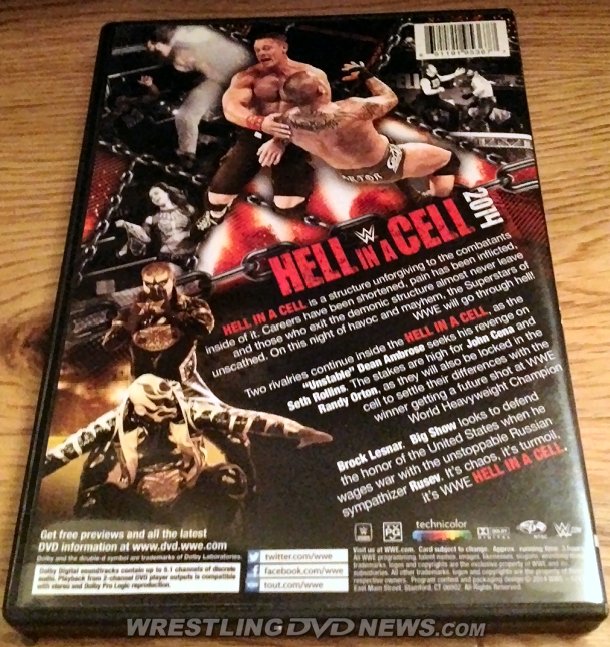 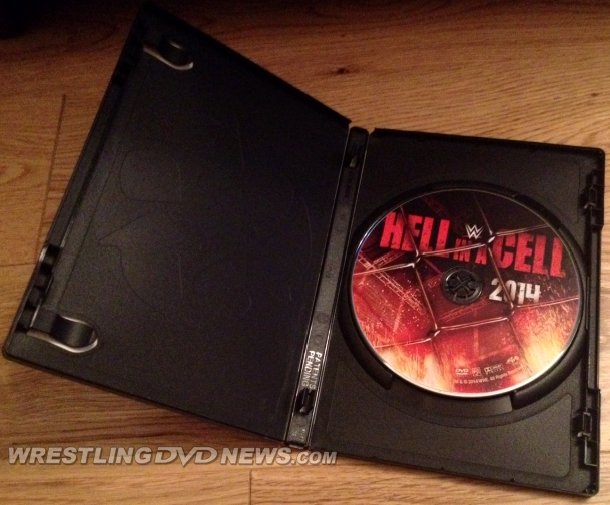 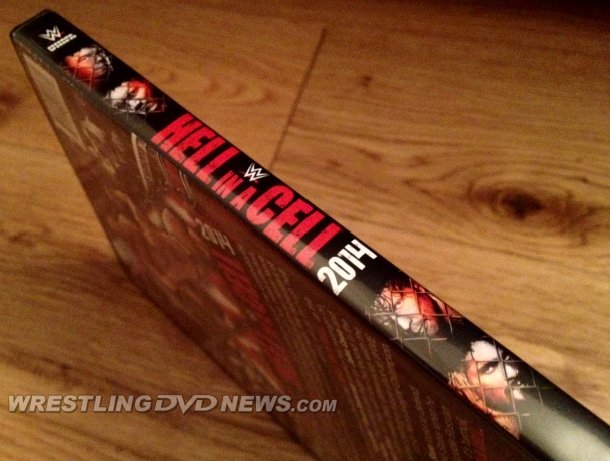