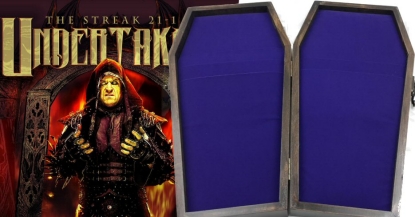 We’ve got our hands on one of WWE’s new “Undertaker: The Streak 21-1 (R.I.P Edition)” coffins – check out the video below for an exclusive unboxing and first look!

The box set will hit stores in 2 week’s time and in addition to the fancy packaging and Topps trading card bonus item, the 5 disc DVD comp will feature all of Undertaker’s WrestleMania Streak, right through to when the Streak was ultimately broken by Brock Lesnar at WrestleMania 30.

Get your “Undertaker: The Streak 21-1” DVD Coffin Box Set on pre-order now…

We’re now less than 5 weeks away from the “Owen – Hart of Gold” DVD and Blu-ray!

The Blu-ray edition is already listed as a “#1 Best Seller” on Amazon Canada.

Below are exclusive new shots of the Owen DVD which reveal more of the planned artwork, including the updated artwork to be featured on the back cover. 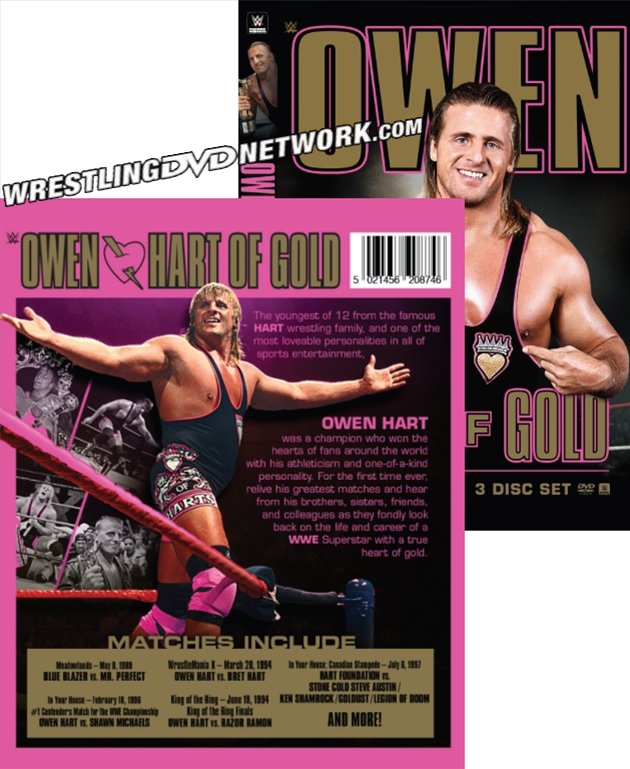 In case you missed it, the new NXT DVD and Blu-ray is now up for pre-order.

The Amazon.com listing for the DVD and the Blu-ray refer to “NXT’s Greatest Matches Vol. 1” as of the name of the set, hinting this will be the first installment of an NXT Home Video series!

The release date to the United States is scheduled to be March 8th, 2016. 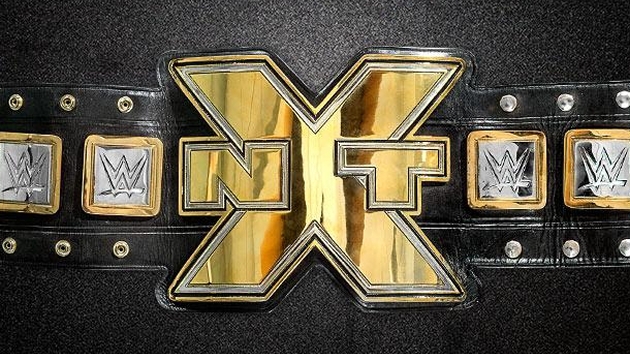 UK FANS: Until midnight Sunday, buy any three DVD or Blu-ray titles from WWEDVD.co.uk and get 15% off your order (instead of the normal 10%) – available this weekend only!

With your order you will also receive a free pack of the “Then, Now, Forever” trading cards. 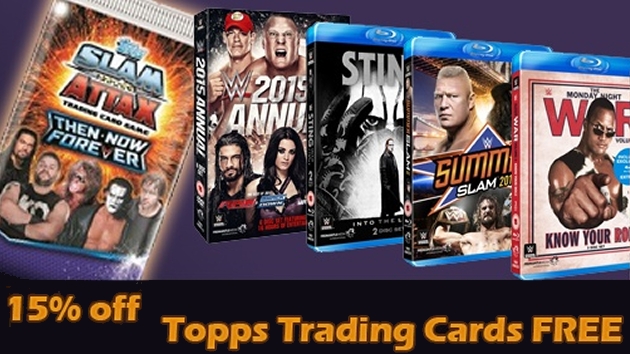 BE QUICK: The eBay auction we mentioned for a copy of the “Special Collector’s Edition” Trish Stratus DVD, considered one of the rarest WWE DVDs in existence, is about to expire!

This bids on the listing have so far reached $67.17. Link again below. 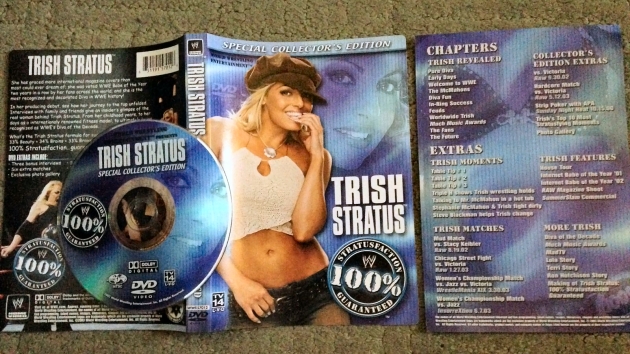