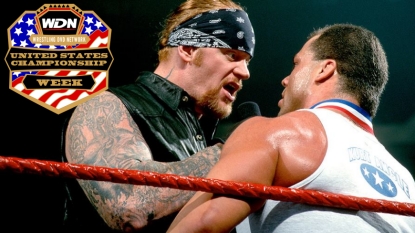 Our exclusive week of content reveals for “The U.S. Championship – A Legacy of Greatness” is about to continue! See all of the matches unveiled so far at this link: U.S. TITLE WEEK.

Confirmed today for WWE’s 2016 DVD and Blu-ray compilation on the United States Championship is a rare and unreleased match from the JCP/WCW library, an “Attitude”-filled showdown between The Undertaker and Kurt Angle, a John Cena U.S. Open Challenge, and more!

Five more match reveals are coming at you…

Right now, “The U.S. Championship – A Legacy of Greatness” DVD/Blu-ray will hit stores across the United States on April 26th, following to the United Kingdom shortly afterwards on May 9th.

Click here to Amazon.com or use the buttons below to get your pre-order in ready for then!

WWEShop.com is at it again – they’ve slashed the prices of 30 different WWE DVDs & Blu-rays.

WrestlingDVDNetwork.com can make the prices on offer even better! Just use promo code “WWEAFFDVD1” when checking out with your order to get a further 20% off the already low sale prices today and tomorrow. If you do, you’ll get some unmissable deals like these… 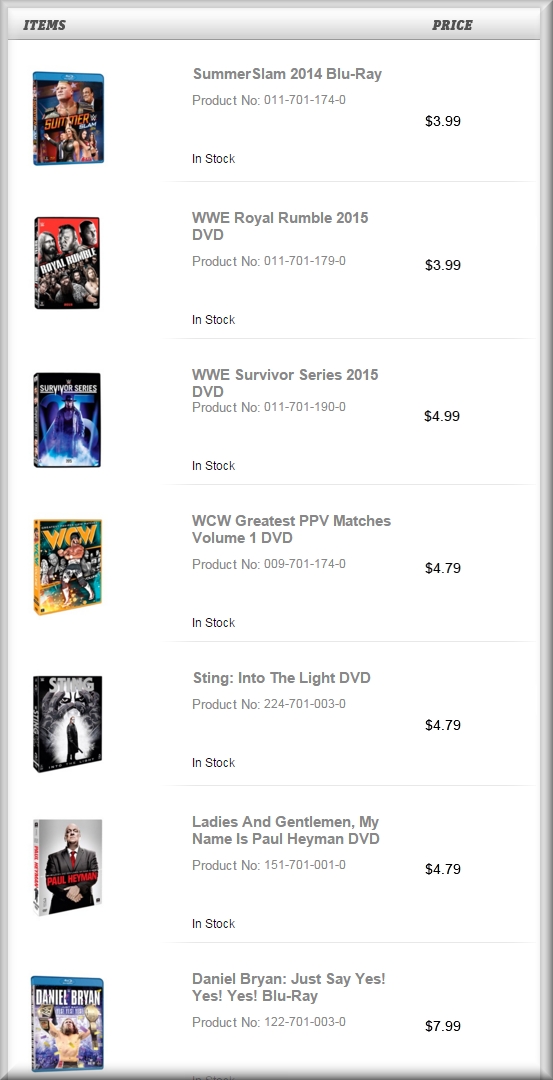 1) Head to this page of WWEShop.com while the sale is active.

2) Have a hunt, select the DVDs you want, and use code “WWEAFFDVD1”. 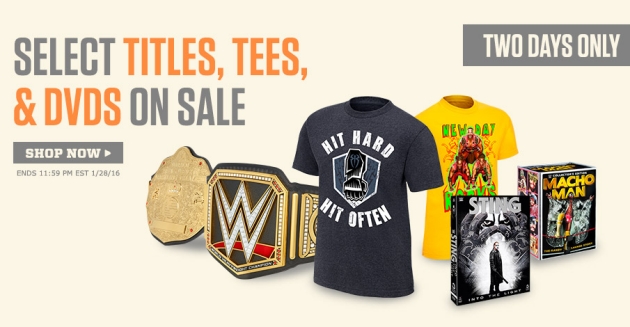 DON’T MISS OUT: Click here to find all of the DVD & Blu-ray deals at WWEShop.com…
(Remember to use code “WWEAFFDVD1” to get the absolute lowest prices shown above!)
As an Amazon Associate we earn from qualifying purchases. Thanks for supporting WrestlingDVDNetwork.com.

WrestleMania 36 The Most Social Event In WWE History

Andre The Giant Biography Scheduled For Release On April 14th

Charlotte Flair Discusses Her Approach To WrestleMania 36 With No Fans, Her Legacy & More