WrestlingDVDNetwork.com‘s exclusive ATTITUDE WEEK continues now – that means you’re about to find out more of the unreleased gems coming on the “Attitude Era Vol. 3” DVD. Get it!?

WWE is taking a different approach with their third Attitude Era DVD/Blu-ray as all of the content will be made up of “never-before-seen” footage, including non-televised matches from PPVs, RAWs, and house shows, just like these unseen Stone Cold matches revealed yesterday.

They are the Nation… of Domination, and they brought us arguably the biggest Superstar of all time – the jabroni beating, pie eating, trailblazing, eyebrow raising, step off the brake, put your foot on the gas, always ready to whoop some a**, People’s Champ… THE ROCK!

See you back here very soon for more reveals…

Below is a pic of the WrestleMania season Blu-ray sale going on now at Best Buy stores in the United States. Thanks goes out to WDN reader “bigbadbootiedaddy” (…nice nickname 😆 ). 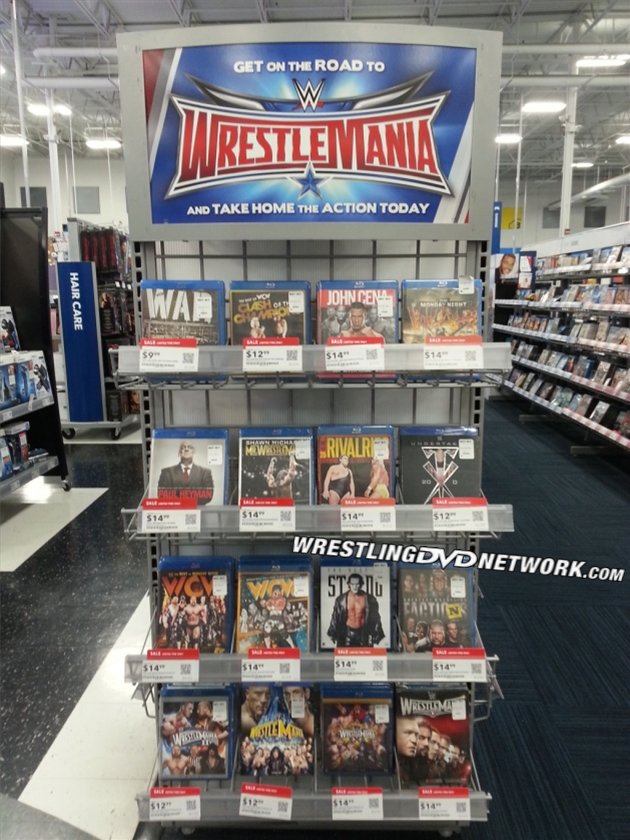 WWE will release “Straight Outta Dudleyville: The Legacy of the Dudley Boyz” to fans across the United States exactly 1 week today on DVD, Blu-ray, and Steelbook Blu-ray!

As confirmed by this shot of the Blu-ray packaging, which comes courtesy of WrestlingSuperStore, the US version of the standard Blu-ray will include the “Table” slipcover. As you’ve been following in recent weeks, it is only the DVD that has the slipcover in the UK (photos). 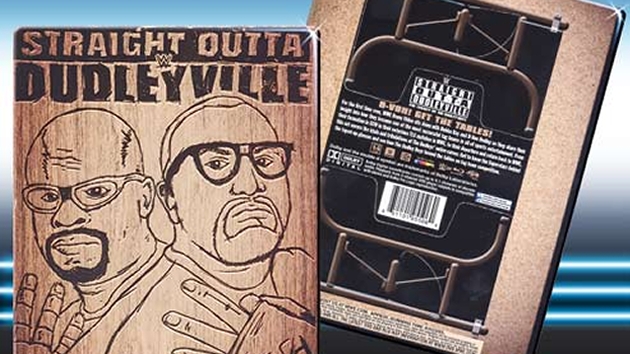 GET THE… DVD!: Click here to order the new Dudley Boyz WWE DVD, or here for the Blu-ray.

Promo code “SAVE20” is back working at WWEShop today for 20% off any and all orders!

Click here to take off 20% off ANYTHING at WWEShop.com…
Check out more posts here on WrestlingDVDNetwork.com: