As you know, “The Best of Raw: After the Show” will be released on DVD and Blu-ray next month!

The full content of the set was recently revealed. Now we have approximate runtimes for all of that footage contained on the DVD and Blu-ray, as shown below.

Select WWE DVD and Blu-ray titles are on sale this week through Best Buy. The following deals were found on their website, with thanks to WDN reader Catarino Donias.

We mentioned on the site recently that FYE would be running a WWE DVD promotion of some sort during WrestleMania season which would include a Daniel Bryan foam finger as a free gift. FYE confirmed the go-ahead of that promotion in the tweet shown below.

“For All Mankind – The Life and Career of Mick Foley” will be the next WWE DVD/Blu-ray documentary available to stream on the WWE Network.

Speaking of the WWE Network, in an update to music edits there, WDN readers “LP1”, “DJ Luis” and David send along some interesting notes. First up, it looks like Backlash 2002, Judgment Day 2002, King of the Ring 2002, Vengeance 2002, No Way Out 2003 and WrestleMania XIX were all recently removed from the Network temporarily. When they returned Hulk Hogan’s “Voodoo Child” entrance track was dubbed over with an instrumental soundalike.

It’s noteworthy too that WrestleMania 27 also disappeared so may soon be subject to edits itself. The same applies to ECW Barely Legal 1997, Anarchy Rulz 1999, Heat Wave 2000, Massacre on 34th Street, and WCW Bash At The Beach 1994.

A Legends of Wrestling episode titled “Worst Characters” was also removed. This show was then reportedly put back up for a time with the botched Freebirds WCW song taken out, also assumed to be for licensing reasons. This has since returned as normal.

A free documentary called “Supermen: A Story of British Wrestling” will be released online at SupermenFilm.co.uk on April 5th. It will also receive a DVD/Blu-ray release on May 5th with additional content and extra features. Below you can watch a preview.

Auctions for all of these rare, still factory sealed WWF DVDs (and more) are expiring tomorrow here on eBay.com. Tricky to find still in this condition! 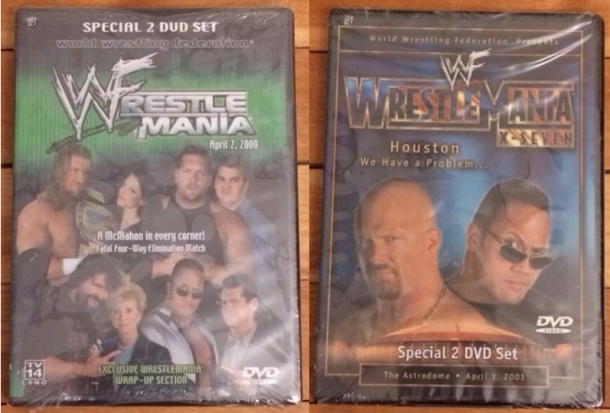 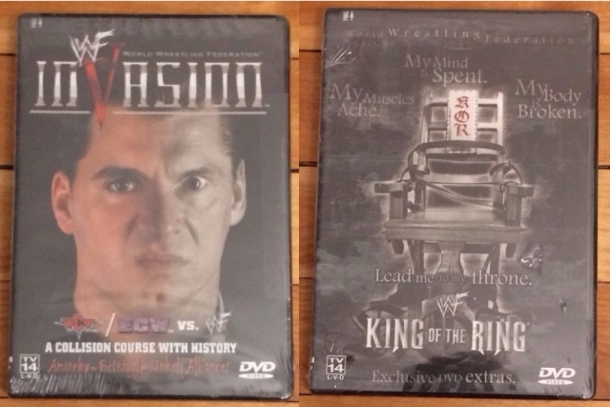