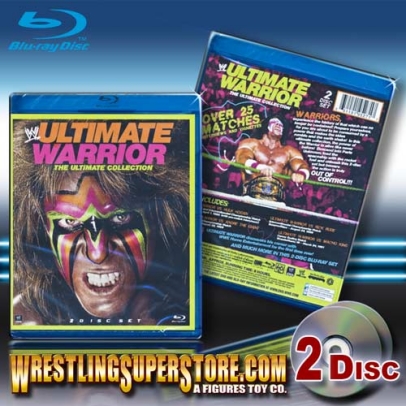 Above is a first look at the Blu-ray edition of “Ultimate Warrior: The Ultimate Collection” in the flesh, courtesy of WrestlingSuperStore. The new Ultimate Warrior DVD and Blu-ray releases this coming Tuesday and you can pre-order a copy by clicking here.

WDN reader Thomas Brunette sends word that for a time today the DVD version of the Warrior set was priced at only $13.99 in the new “Legends Sale” here at WWEShop.com. The price is now back up to $19.99 as usual so it was likely just an error.

Other readers have sent word that they are finding the Warrior DVD on sale early both at Walmart stores in Canada and Hastings stores in the United States.

WrestleMania 17 was recently removed from the WWE Network. The reason for that was assumed to be for music licensing reasons, such as the use of the Limp Bizkit “My Way” theme. However, WrestleMania 17 has since been added back to the Network. “My Way” is still intact, and now the “Badstreet USA” music for Michael Hayes is in there which wasn’t before. 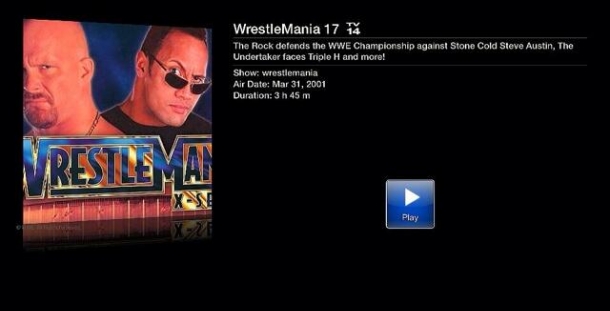 We recently noted how certain WCW events had been removed from the Network. Joe Young sends word that in these returning shows WWE has now added back some WCW music, undubbed, such as “A Man Called Sting”, “Steinerized”, and Johnny B. Bad’s theme. Also, the themes for Hillbilly Jim, 2 Cold Scorpio, and The Freebirds can now be heard.

WDN reader Chris suggests that one reason WWE took certain shows down and added them back with restored music relates to the themes by Michael Hayes and Jimmy Papa. Reportedly, Papa was suing WWE over using the music without contacting him nor paying him, and it seems the matter might have been resolved since WWE is now using the music again. That would cover all 11 songs from the WCW Slam Jam album (“Simply Ravishing” for Rick Rude and the aforementioned “A Man Called Sting” track for Sting as examples), 2 Cold Scorpio’s WCW theme, “Badstreet USA” and “I’m a Freebird, What Was Your Excuse”?

WDN reader Alan notes that when The Wrestling Classic aired on WWE Classics on Demand, the Huey Lewis song “Back In Time” played over the opening credits, which has now been changed to a Howard Finkel voice over for the Network version. Also edited out on all pre-1986 Junkyard Dog matches is “Another One Bites The Dust” by Queen, replaced with “Grab Them Cakes”. For all pre-1988 Koko B. Ware’s matches “The Bird” by Morris Day & The Time is replaced with “Piledriver”, most noticeably at WrestleMania 3.

The Smackdown June 2002 episode that’s streaming on there (featuring John Cena’s debut) has Cena’s original theme dubbed over, however Marilyn Manson’s “Beautiful People”, the Smackdown theme song at the time, has been left in there untouched.

WDN reader “imdjluis” notes that while the WWF scratch logo is shown freely on the Network, a lot of the videos still have audible references to WWF edited out.

Paul Heyman revealed on Twitter this week that filming has begun for his new WWE DVD. Heyman included the photo shown below. The release is slated for August on DVD and Blu-ray, with a documentary as its main feature. Further details are forthcoming. 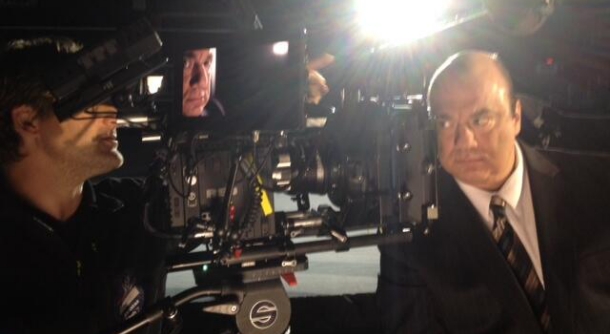 Here are runtimes of the “Scooby-Doo: WrestleMania Mystery” DVD/Blu-ray released earlier this week, which contains the new movie and 2 extra features.

You can watch a preview of the extra entitled “Behind the Scenes with Scooby-Doo and the WWE Gang” in the video clip embedded below.

As mentioned before, there’s also a Walmart exclusive version of the Scooby-Doo DVD which contains a John Cena Rumbler figure with it. To accomodate the figure the packaging is thicker than usual for that store exclusive, as shown in the pic below.

Those are the two WWE DVDs going head-to-head in the final of our March Mania tournament. Voting closes this Sunday so be sure to vote now, over here. 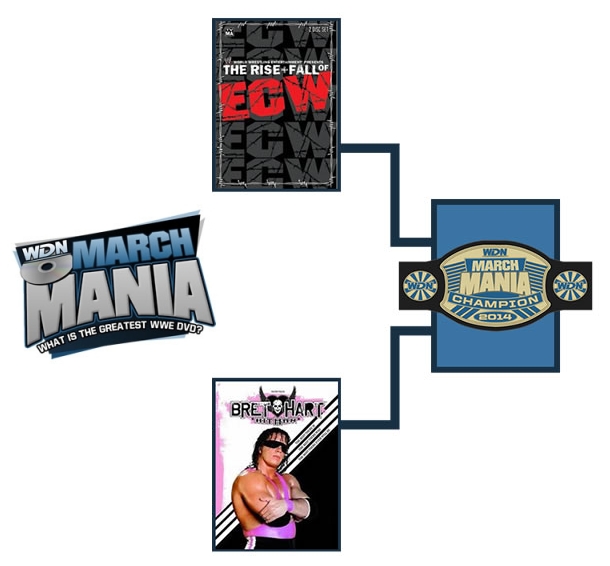