A new online survey was issued to Fan Council members yesterday. This time the topic was on the WWE Network and in the survey were some possible hints at the content of the Network in terms of WWE DVD viewing. Thanks to WDN reader Dustin Johns for sharing. 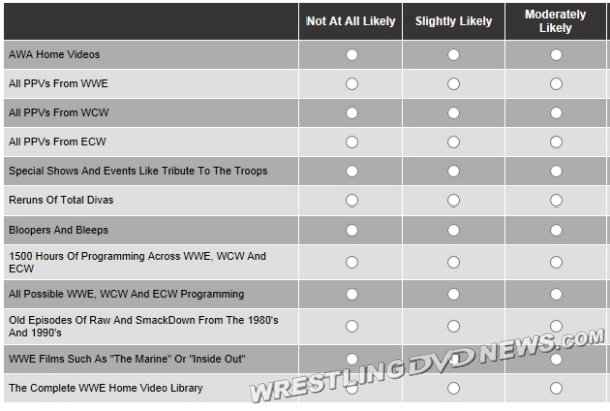 The next question gauged interest in how likely fans would be to watch certain types of material on the Network. One of the options to choose from was “WWE DVD Extras”.

Again, that doesn’t necessarily mean all WWE DVD extras will be on there (it’s speculated only the main feature/documentary of WWE DVDs will be available) but this shows that WWE could be thinking of including extras too, should there be the demand for it. 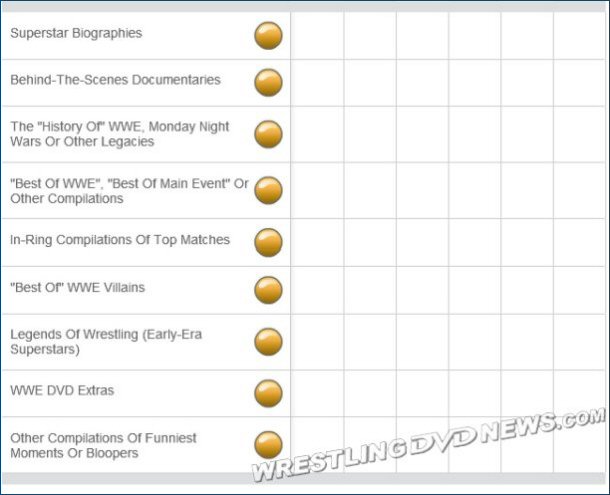 Lastly, some Coliseum Video releases were mentioned by name in the survey such as Roddy Piper’s Greatest Hits and Invasion of the Bodyslammers. A title from WWF Home Video was there also – Undertaker: This Is My Yard, and one from WCW – Japan Supershow II.

Nominations for March Mania have now closed. The DVD titles pictured below, among others, did not receive enough of your votes and as such have now been eliminated!

The first round of voting will start very soon, so stay tuned to the site.

In other news, the price of next month’s “Signature Sounds: Music of WWE” DVD is down to just $6.00 here on Amazon.com. That’s a pre-order bargain!

As of last word the single-disc DVD will be a 1 hour and 12 minute profile of up to 25 tracks and also feature new interviews with composer Jim Johnston. An extra looks to be the Shawn Michaels “Tell Me A Lie” tribute video. More details as we get them. 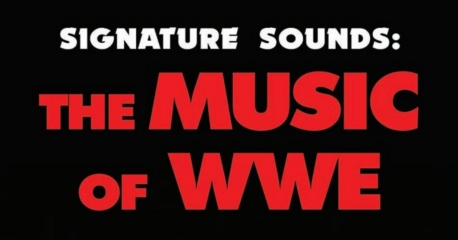 Another possible bargain is this Triple H: Thy Kingdom Come DVD pictured below.

It’s listed as “THRIPLE H (THY KINDOM COME )” with obvious spelling errors, so it may have less eyes on it than usual. The auction is at $1.45 here on eBay.com and ends today. 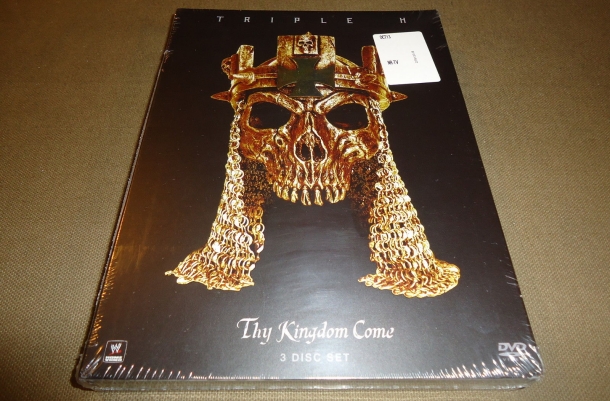 The WWEShop.com Valentine’s Day sale rolls on — promo code “HEART” gets you 50% OFF DVDs and Blu-rays until the end of tonight! 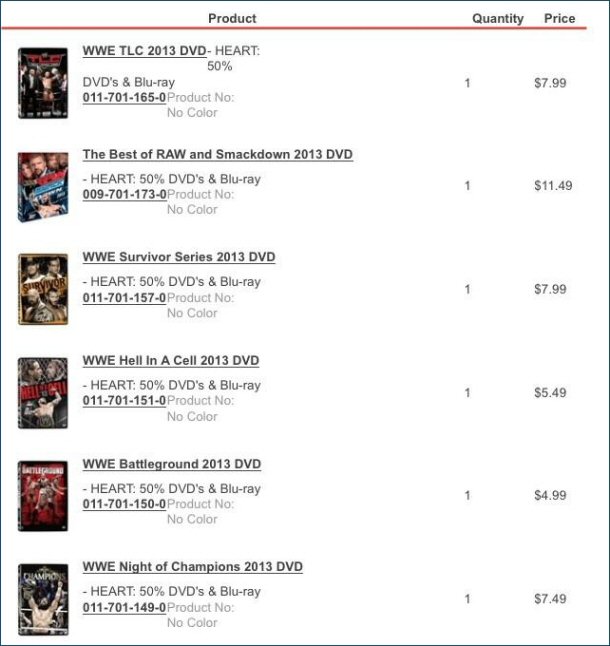 Click here for 50% off WWE DVD prices TODAY ONLY…
Check out more posts here on WrestlingDVDNetwork.com: