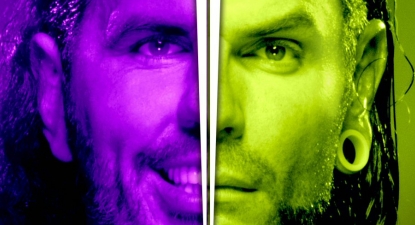 Last week kicked off here at WrestlingDVDNetwork.com with the full content reveal for WWE’s 2018 “Twist of Fate: The Best of the Hardy Boyz” DVD; this week ends with new additions to the listing and a closer look at the planned cover artwork!

We have word on one match being changed, we now have names for the previously untitled chapters, and courtesy of WWE Home Video UK we have new shots of the reversible sleeve. 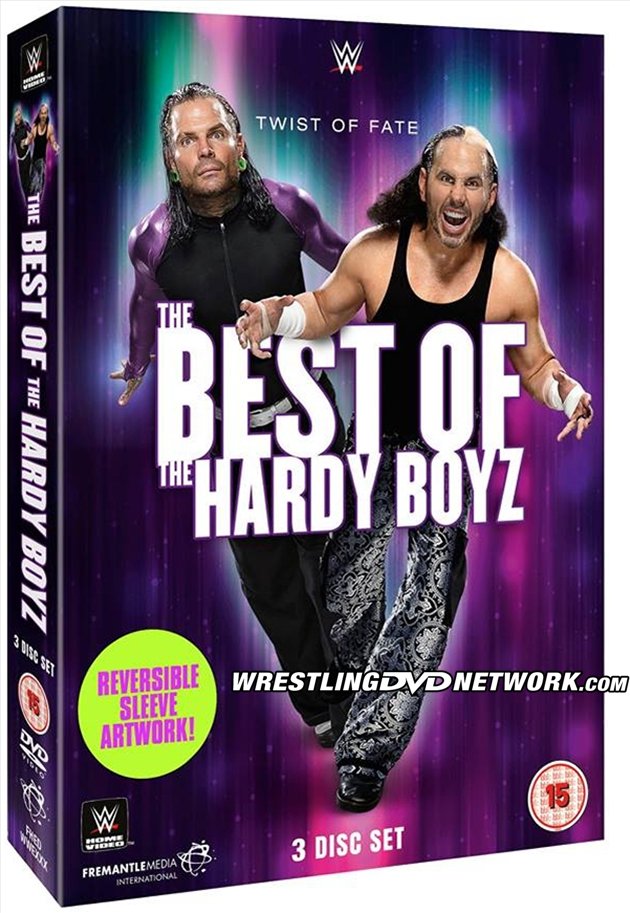 Two cover designs showed up in the recent cover artwork unveiling — the one above which will be the standard cover for the United States, joined by the split face cover below which will be a Best Buy exclusive (and featured as the front facing artwork as standard for fans in the UK).

If you take another look at our post with the content listing the following new chapter names have now been added to Disc 3. These are some of the newly-filmed segments with Matt and Jeff Hardy found dotted throughout the set between the nearly-30 featured matches. 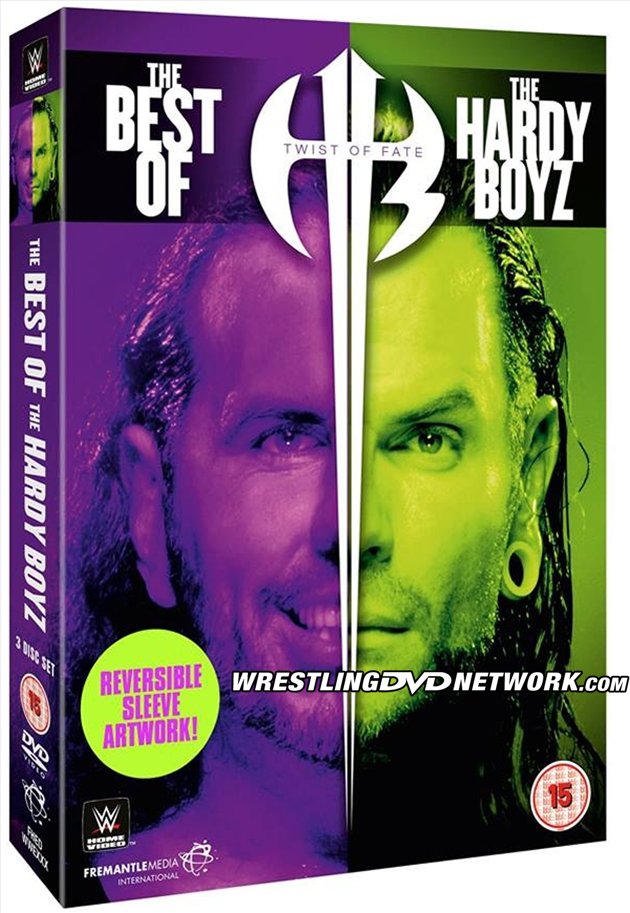 The WWE DVD buzz this week was about the legitimacy of WrestleMania 34 Home Video artwork that surfaced online. We were able to confirm with those in the know that the new artwork isn’t actually final for the DVD release and was in fact designed for a Best Buy exclusive.

That store exclusive is planned to be a Blu-ray edition of WrestleMania with alternate cover art.

Here’s another look at that artwork, now in higher quality: 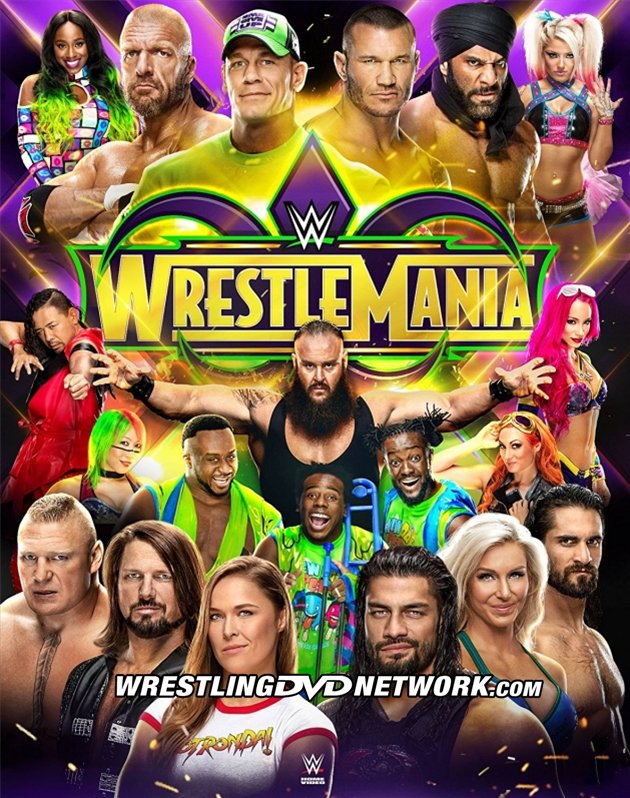 New month, new WWE DVDs! The March releases will officially begin with Royal Rumble 2018 and this one will hit stores across the United States on Tuesday.

The Rumble will be a 2-disc DVD set in order to hold the full 4+ hour pay-per-view event and few special features too. A free Topps trading card will be found inside the packaging as usual.

But what isn’t usual are the potential changes made to WWE DVDs beginning with this title as relates to the packaging and disc format, which you can read more on in our earlier update. 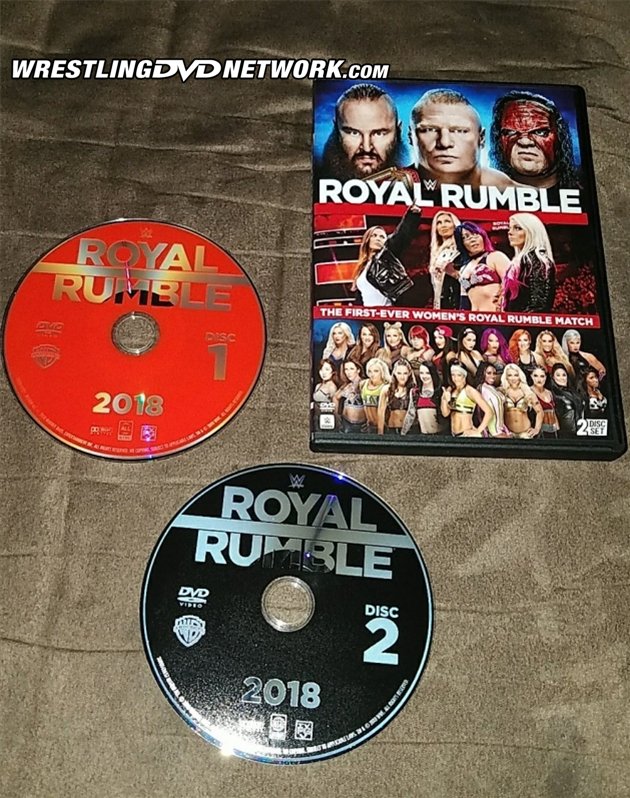 This stack of WWE Blu-rays is one of bunch of eBay auctions worth watching out for this weekend and beyond for deals and rare stuff. Just hit the links below and place your bids. 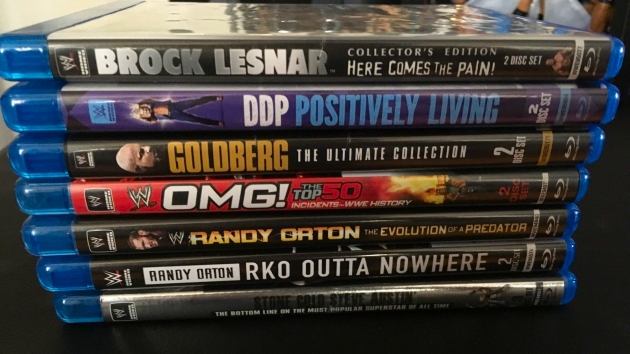 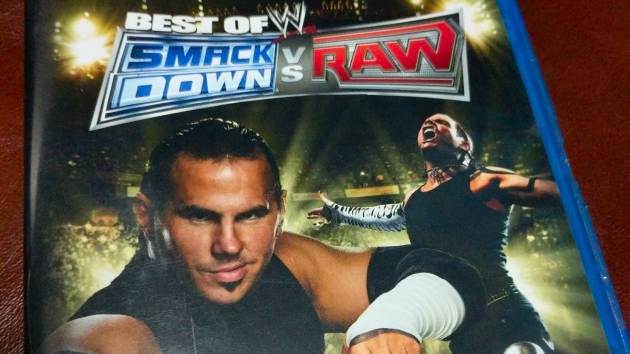