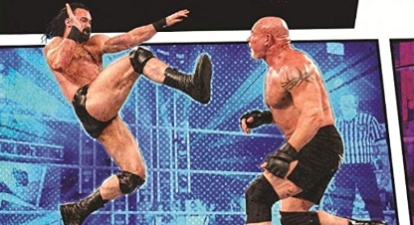 Ready to Rumble! The Home Video release of Royal Rumble 2021 now has product listings on Amazon in both the USA and the UK; lock in your pre-order here on Amazon.com or Amazon.co.uk in time for March.

Since the original reveal of the cover artwork earlier this month, there’s been a change. The finalized artwork, shown below courtesy of WWE Home Video UK, reveals Jey Uso has been removed from the front cover of the DVD — this is because he doesn’t feature in its content.

He’s been replaced by Kevin Owens, who competed at this year’s Royal Rumble for the Universal Championship against Roman Reigns in a Last Man Standing Match.

Keith Lee, however, remains on the cover artwork because he actually does appear in the extras (which we’ll get to), while Kofi Kingston remains on there too because he showed up on the night of the Rumble in a backstage segment. 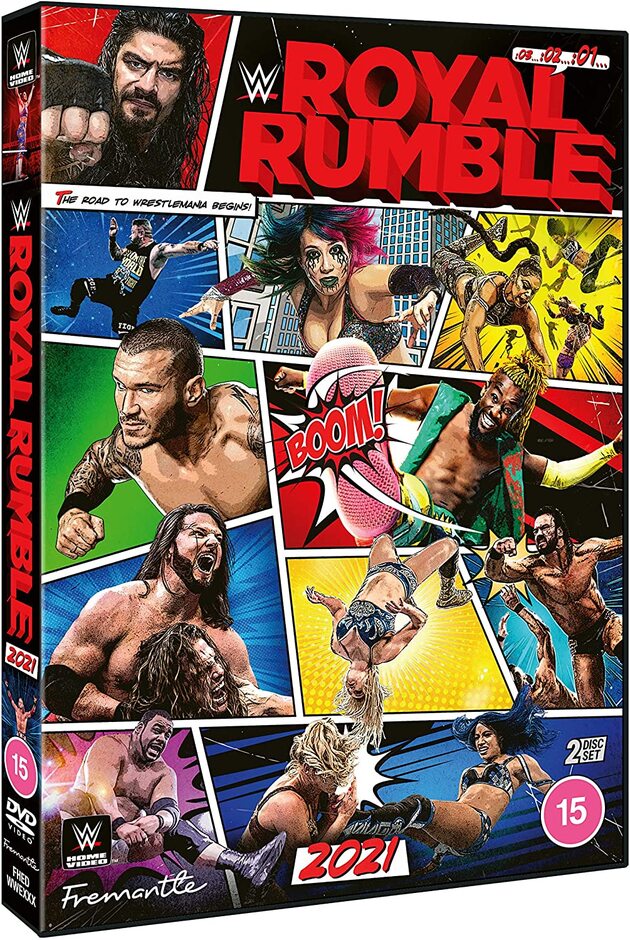 Check out the full content listing for the Royal Rumble DVD, including four extras:

A Live Performance from Bad Bunny

Not on the A-List 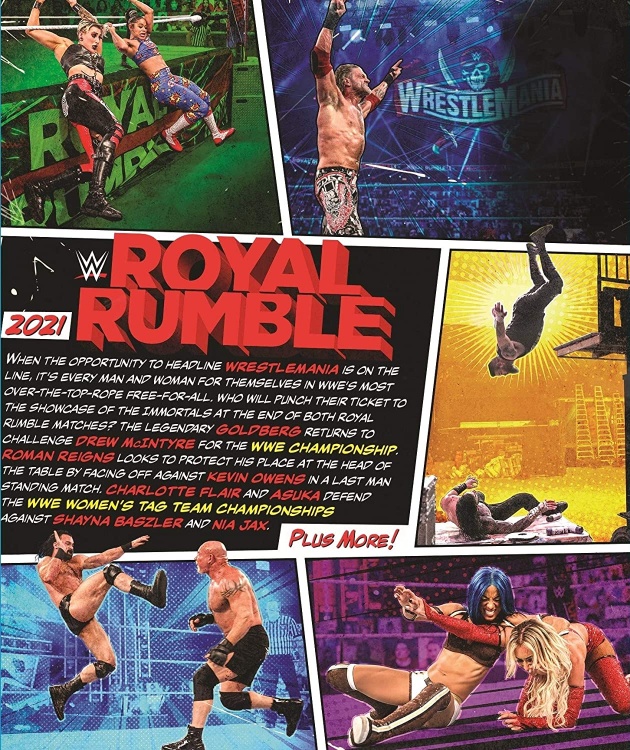 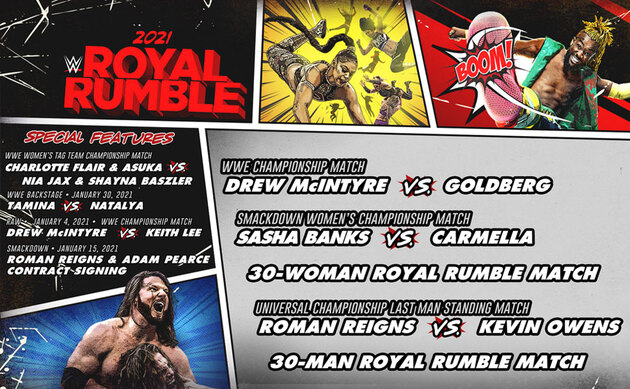 As reported, fans in the UK and Germany will be treated to a Blu-ray edition of Royal Rumble 2021 in addition to the standard DVD. The Blu-ray will be a single-disc offering and feature the same content as listed above.

Here’s a look at the Blu-ray box artwork. You may notice both the DVD and Blu-ray have the two Royal Rumble winners, Edge and Bianca Belair, on their spine artwork. 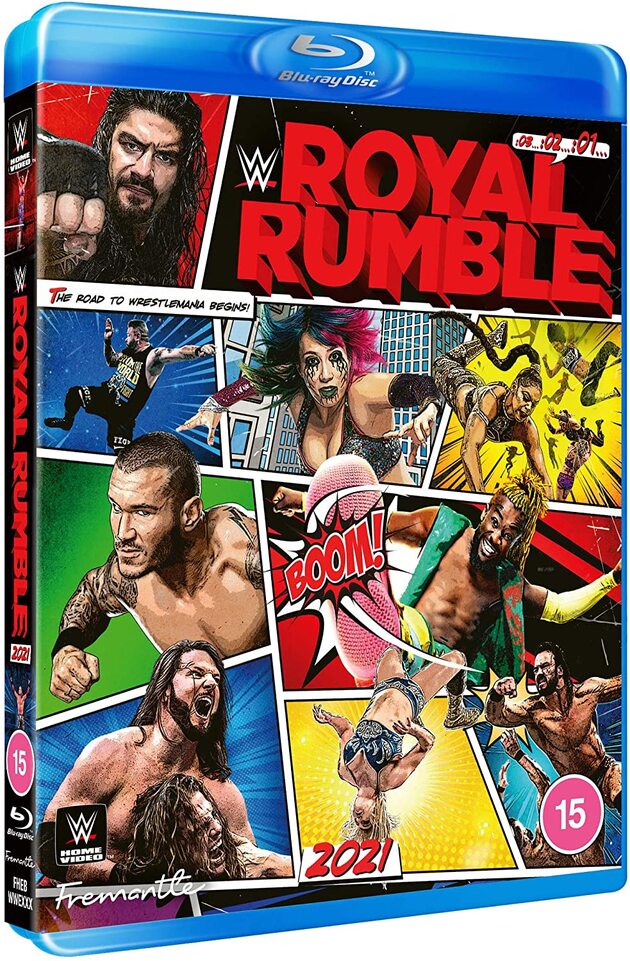 The latest physical media to hit stores from WWE is the TLC: Tables, Ladders & Chairs 2020 DVD. It’s in stores now across the United States and Canada!

UK fans, TLC will officially release to you this coming Monday! Fans down under in Australia will have to wait a little while longer until March.

A special thanks goes out to WDN readers “Relaxing Ghost” and “TheDVDFreak” for sharing the photos and the video look at the new TLC DVD that you see here.

Inside the packaging of the North American version you should find a Topps trading card featuring Asuka. 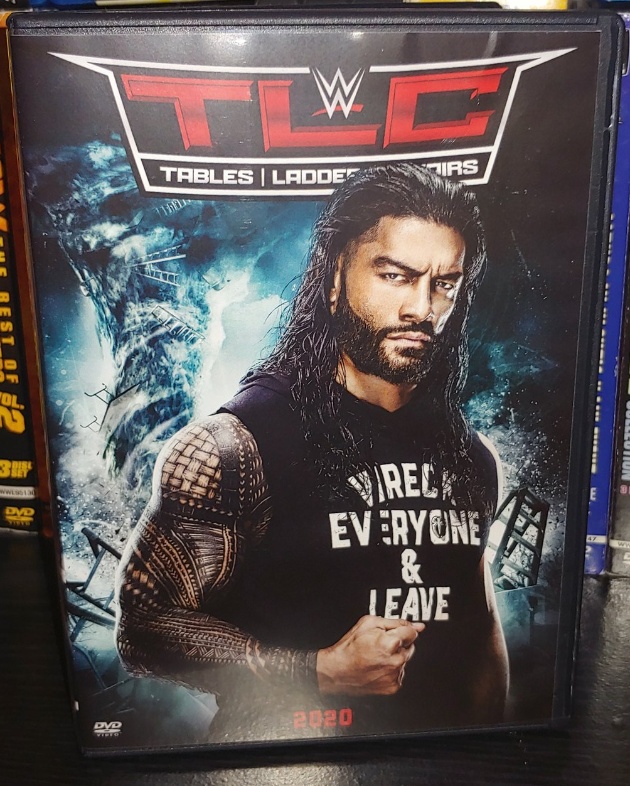 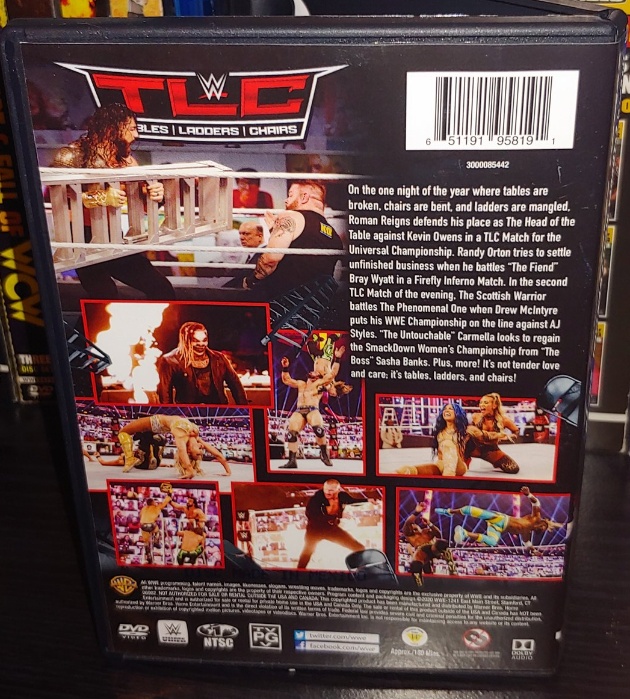 On the one night of the year where tables are broken, chairs are bent and ladders are mangled, Roman Reigns defends his place as The Head of the Table against Kevin Owens in a TLC Match for the Universal Championship. Randy Orton tries to settle unfinished business when he battles “The Fiend” Bray Wyatt in a Firefly Inferno Match.

In the second TLC Match of the evening, The Scottish Warrior battles The Phenomenal One when Drew McIntyre puts his WWE Championship on the line against AJ Styles. “The Untouchable” Carmella looks to regain the SmackDown Women’s Championship from “The Boss” Sasha Banks. Plus more! 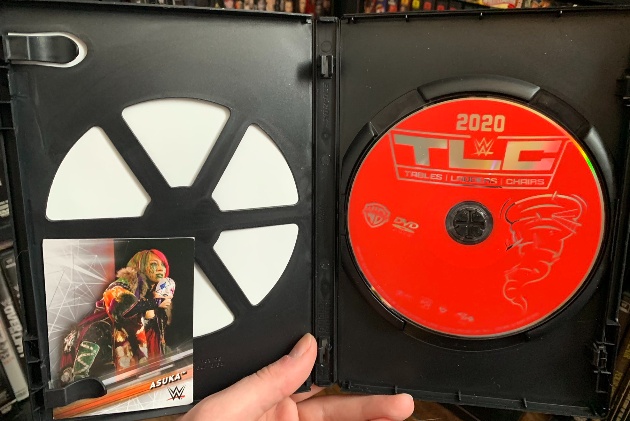 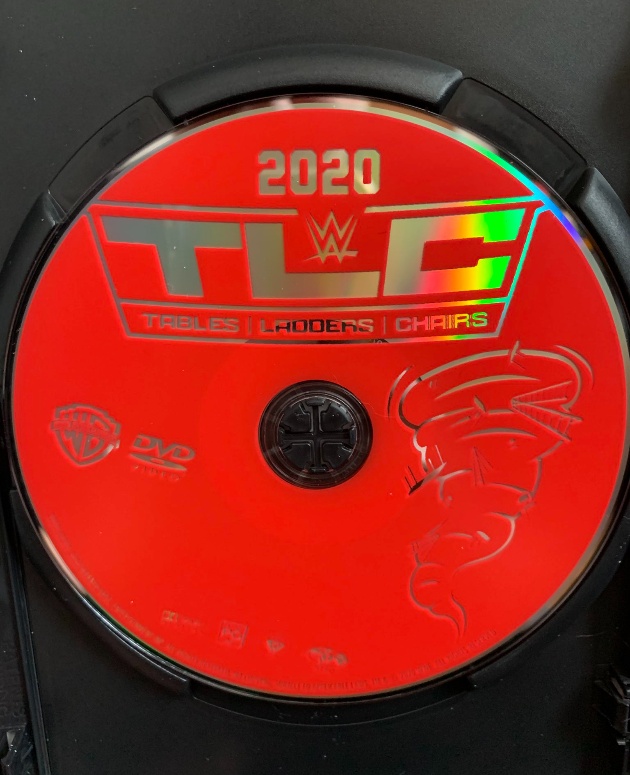 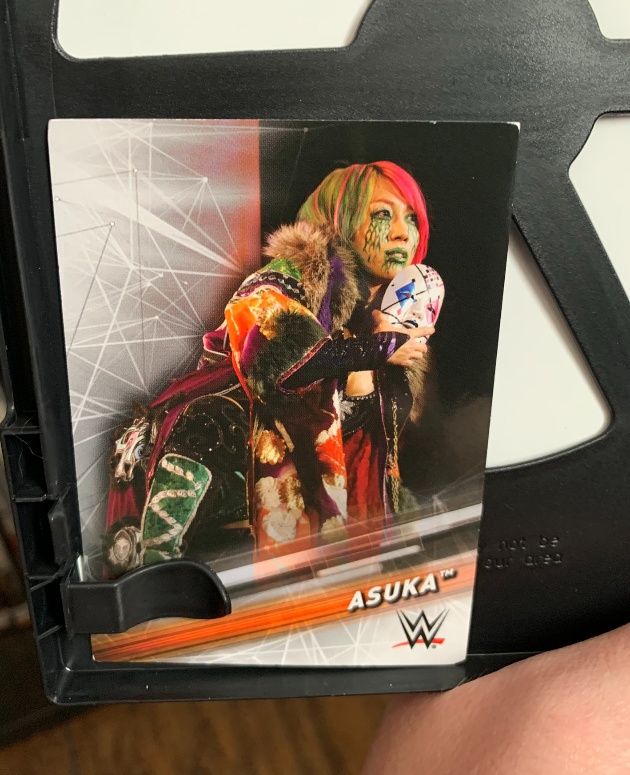 – UK/Europe: OUT MONDAY! Pre-order the new TLC DVD over on Amazon.co.uk.