Runtimes of this month’s Best Pay-Per-View Matches 2013 DVD can now be confirmed, disc by disc. If you need a reminder of matches chosen for the set look here.

As reported, “Best PPV Matches” this year is planned as a DVD only title for both North America and Australia. There is, however, a Blu-ray edition scheduled for UK/Europe and the runtime of its exclusive content is shown below. Those extra matches are yet to be revealed.

You can pre-order the DVD for December 31st with Amazon.com by clicking here.

This time last year FYE ran a special Buy 1 Get 1 Free sale on in-store purchases of WWE DVD titles – and it may be back this year!

Zach Fraley sends word of finding the BOGO promotion running at a local store but notes that he didn’t know of the sale until reaching checkout as there were no promotional signs. The photo below is of Zach’s receipt yesterday, while to the right shows last year’s sale. 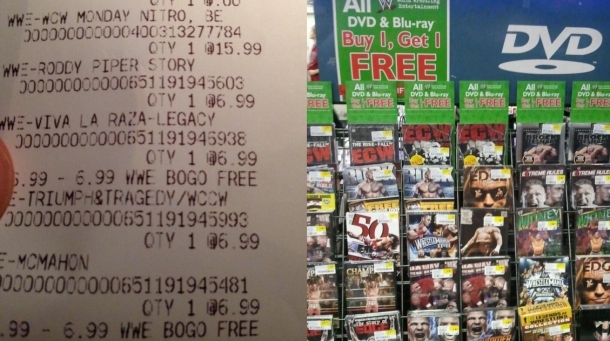 Yesterday in WWE’s Cyber Monday sale you could grab it for only $44.99 with free shipping. If you missed the deal, you’ll be pleased to know that the sale was extended into today. However, the discount is now 20% rather than the 25%. The price is therefore $47.99 with code “CYBER” and free shipping still applies. Click here to get one.

Pics below with thanks to Derek Stubinski. 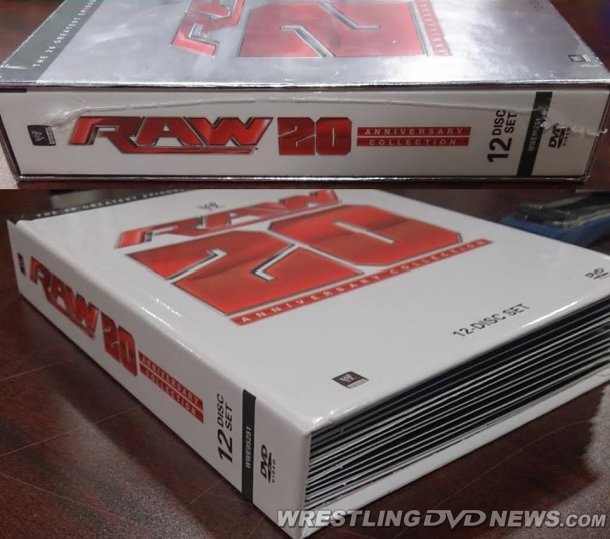 In comparison, the 12-disc box set is around $60 here on Amazon.com. It’s also $60 in Walmart stores, according to WDN reader Morgan Tyler. If you want to take your chances on an eBay auction, there’s one at this link for $37 with 3 days remaining.

WDN reader Pablo spotted a copy of the recently released Night of Champions 2013 DVD at Family Video, where it was available to buy for just $4.99. 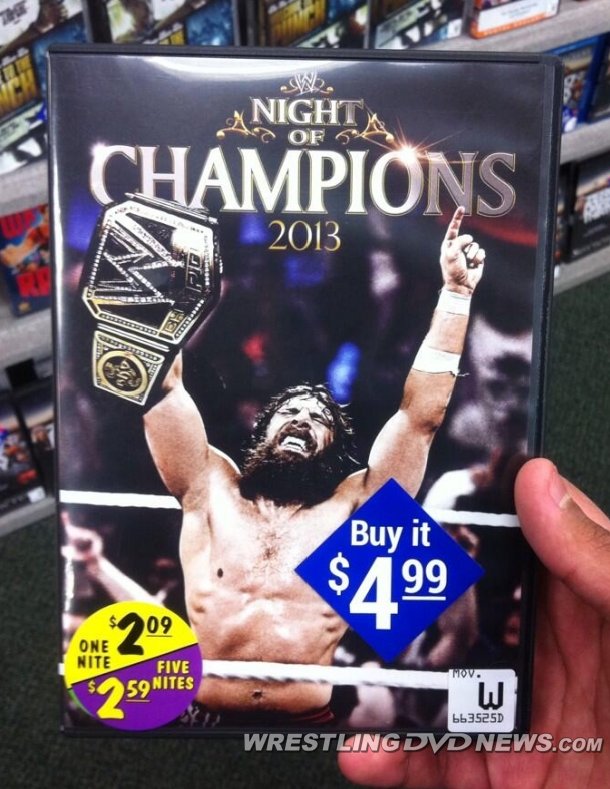 Listed below are 4 notable eBay auctions for WWF/WWE DVDs which are all finishing up today, whether they are for tricky to find out-of-print titles or just good deals. 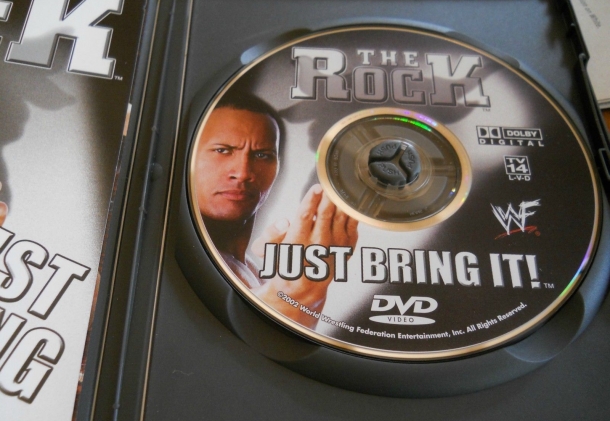 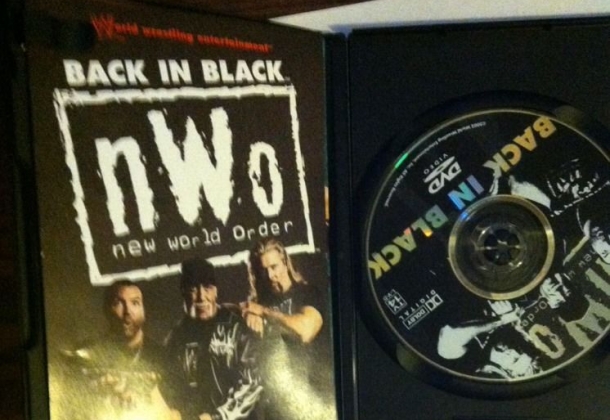 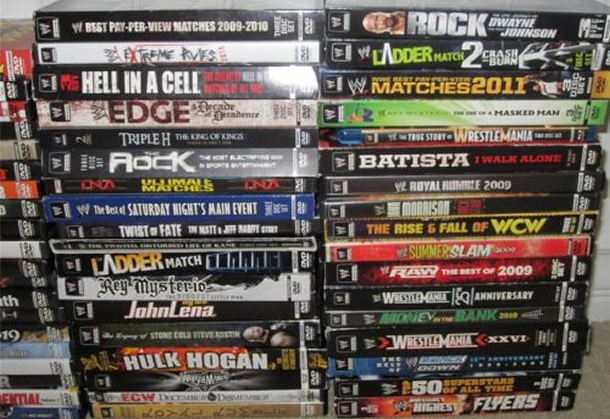 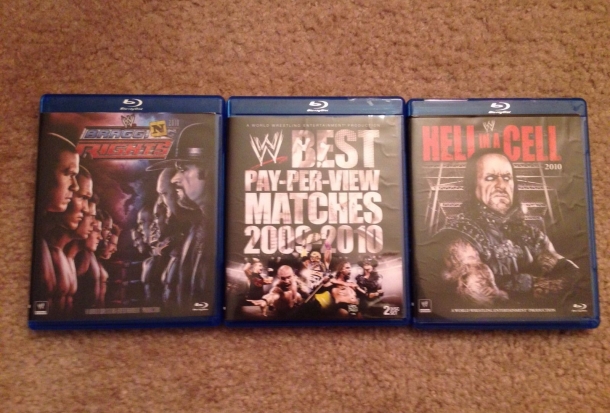