We’ve learned that the Blu-ray edition of the upcoming ECW Unreleased Vol. 2 release is slated to contain 1 hour and 39 minutes of extra footage.

As you know, the full DVD and Blu-ray content for ECW Unreleased Vol. 2 has not yet been released but it is expected very soon – hold tight!

You can pre-order a copy with Amazon.com for July 30th by clicking here.

It can now be confirmed that the Extreme Rules 2013 Blu-ray (currently scheduled for release only to UK/Europe) is to contain approximately 1 hour and 12 minutes of exclusives.

Those extras have also not yet been revealed, but WWEDVD.co.uk have unveiled the Blu-ray artwork shown below. Fans in Europe can pre-order it at the website for July 29th. 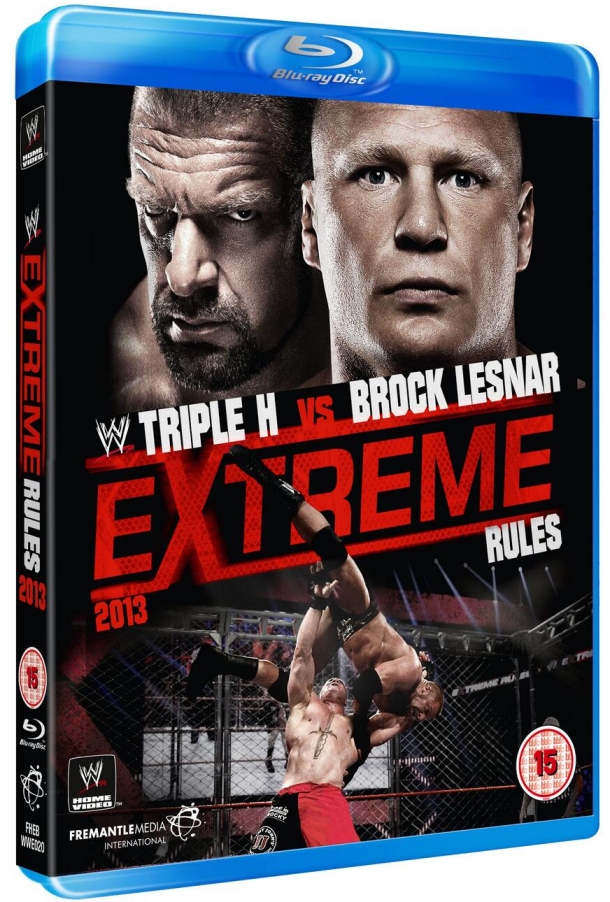 Speaking of the UK and Europe, this coming Monday sees the release of WrestleMania 29 on DVD and Blu-ray. That can be pre-ordered right now here at WWEDVD.co.uk.

Below is a video look at both UK versions being unboxed.

Alan Skinner sent word of a WWE DVD “Buyout” sale going on at Ollie’s Bargain Barn in Springfield, Ohio. Included are selected titles for $4.99 and less.

Some of the WWE DVDs found were Hulk Hogan Unreleased, Triple H: King of Kings, The Ladder Match and Wrestlemania 22 for $4.99 each. WWE Legendary Moments, Hall of Fame 2004 and Summerslam 2007 for $3.99 each. Legends of Wrestling Junkyard Dog/Jerry Lawler and Sgt. Slaughter/Ric Flair for $2.99 each. 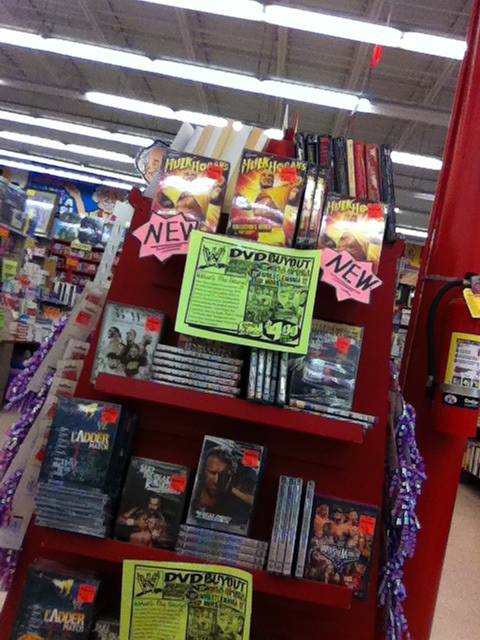 In 10 days time the new “Action Packed” WWE DVD 2-Packs we mentioned recently will be released on this page of Amazon.com, likely exclusive to there. 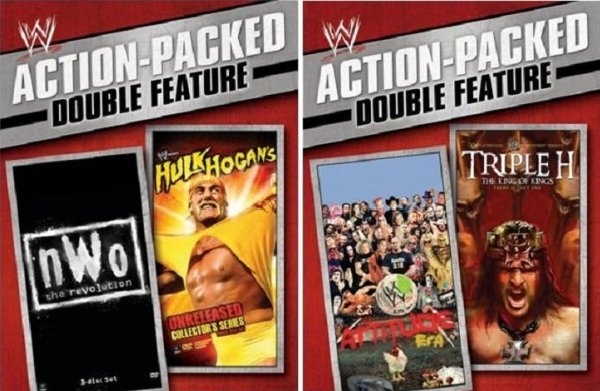 September will have three straight weeks of WWE DVD and Blu-ray releases which include Legends of Mid-South Wrestling, SummerSlam 2013 and the Triple H biography.

For more upcoming dates be sure to check out our WWE DVD Release Dates page.