WWE is full steam ahead on tonight’s and tomorrow night’s WrestleMania events, and the same for a combined Home Video release too!

WrestleMania 36 will arrive on DVD and Blu-ray formats in North America from May 12th and will follow in UK/Europe from June 8th. At this time only a DVD version is planned for Australia which will be available from June 17th.

Amazon.com now have both the WrestleMania 36 DVD and Blu-ray available to pre-order here.

Amazon’s U.S. listing and an internal schedule lists the DVD as a 2-disc set, however the UK and Australian listings for the DVD specify it to be a 3-disc set which is the more likely scenario given the speculated runtimes of the events including the Kickoff Show content.

The below promotional cover artwork for WrestleMania was published over on Amazon, which we believe to be a placeholder until the official artwork is unveiled soon, especially since Roman Reigns is featured who will no longer be involved with the events due to health concerns. 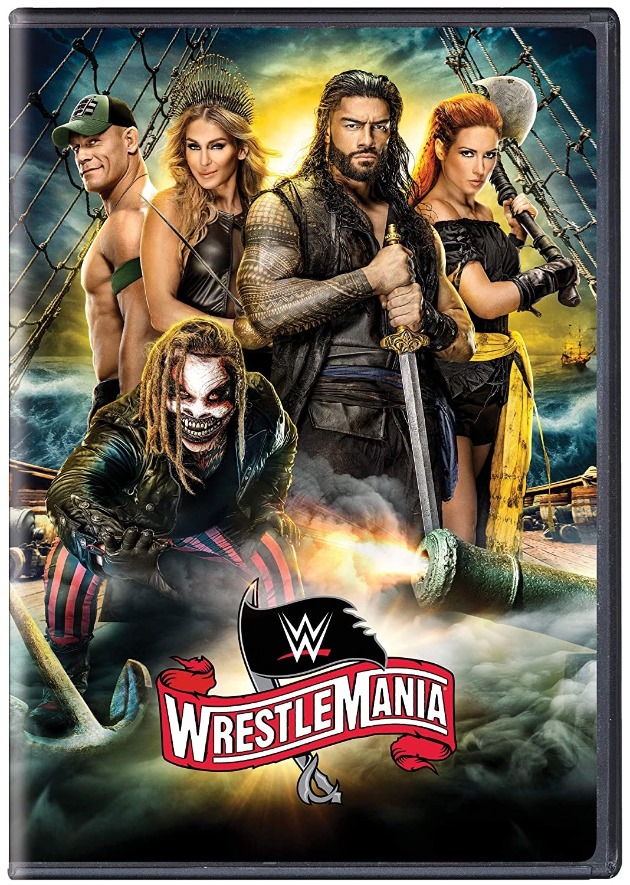 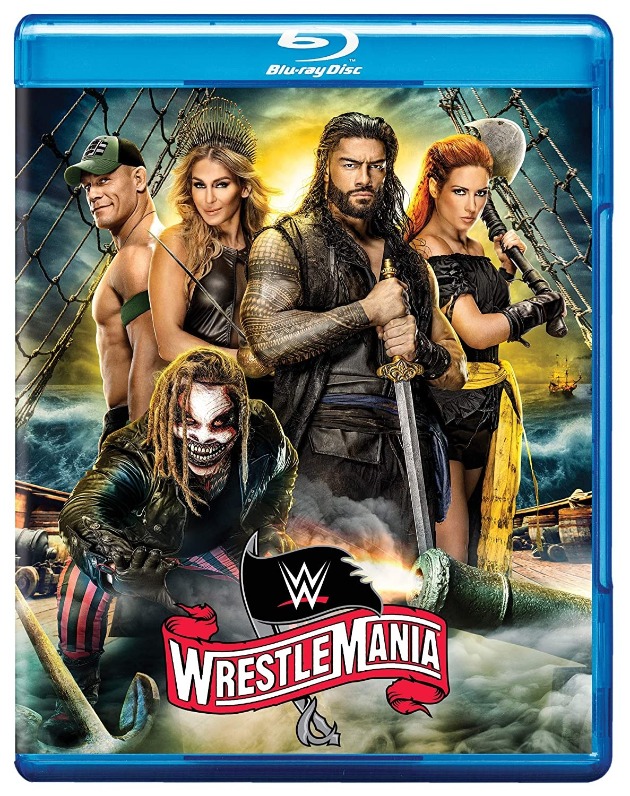 Release dates for the WWE WRESTLEMANIA 36 DVD and Blu-ray…

WrestlingDVDNetwork.com broke the news last month that the WrestleMania 15, 17, 18 and 19 DVDs would return to sale in the UK as individual offerings before WrestleMania 36.

And we’re pleased to report that has now happened, and they’re unedited!

WrestleMania 15, 17, 18 and 19 were re-released through HMV in the UK, originally planned to be an exclusive line for a few months. Perhaps due to the current COVID-19 situation, which has led to HMV stores in the UK temporarily closing their doors, these ‘Mania DVDs are also now available through WWEDVD.co.uk in addition to HMV’s website. 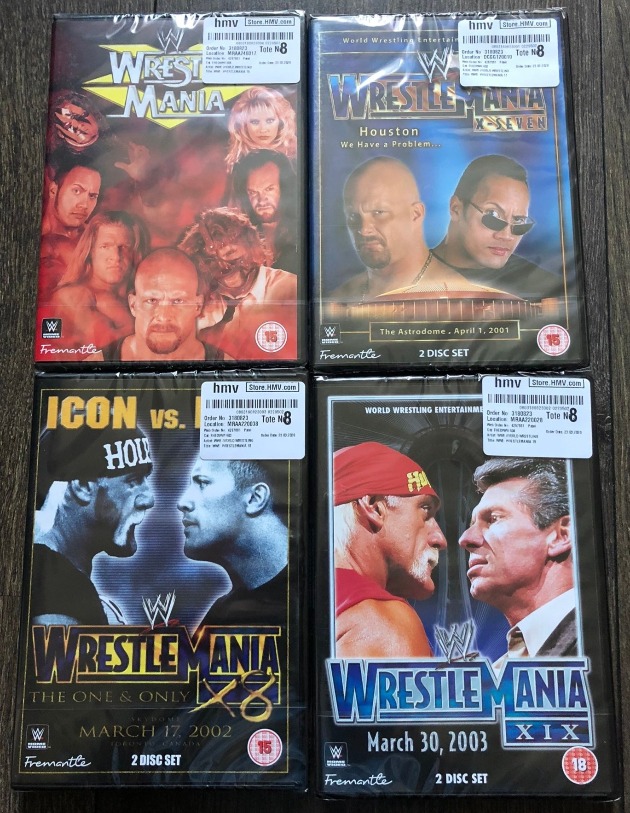 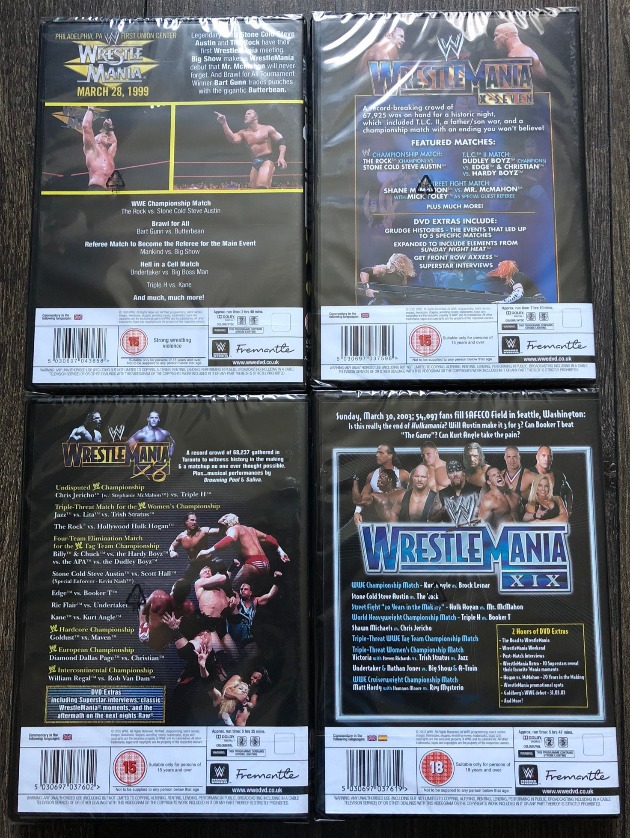 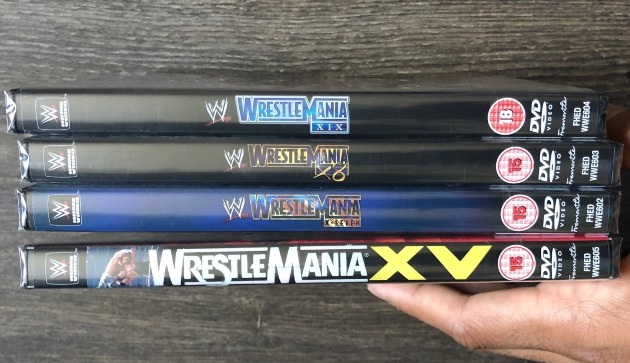 Thanks goes out to @Tickc317 for the first look photos above.

As for why WrestleMania 16 (2000) was snubbed with these new DVDs, we’re told the priority was put on the Rock/Austin trilogy of matches, as well as the Rock/Hogan classic. There was also a perception that WM16 was not as widely acclaimed at the time, or at least enjoyed less so than the others overall. Nonetheless, more ‘Mania re-releases could happen if the demand is there.

Let’s take a closer look at the WrestleMania X-Seven DVD (MY WAY, OR THE HIGHWAY!): 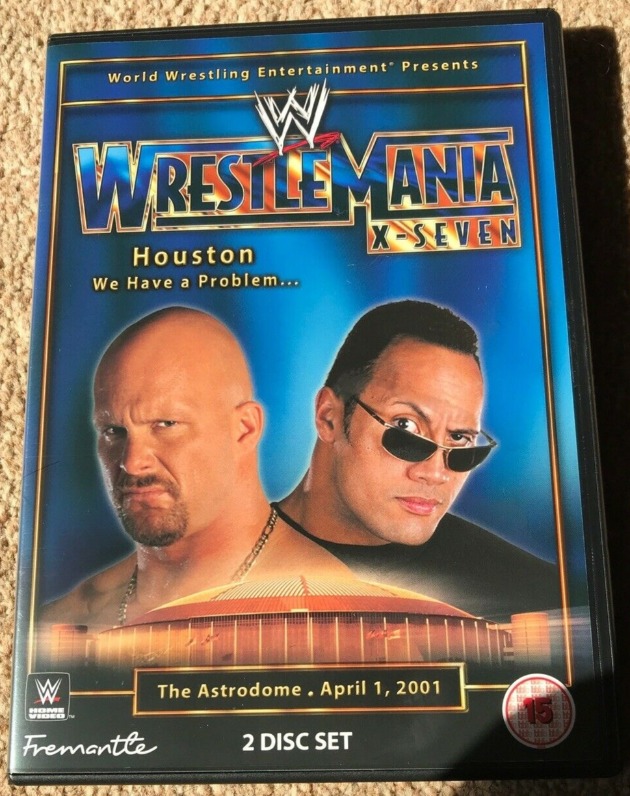 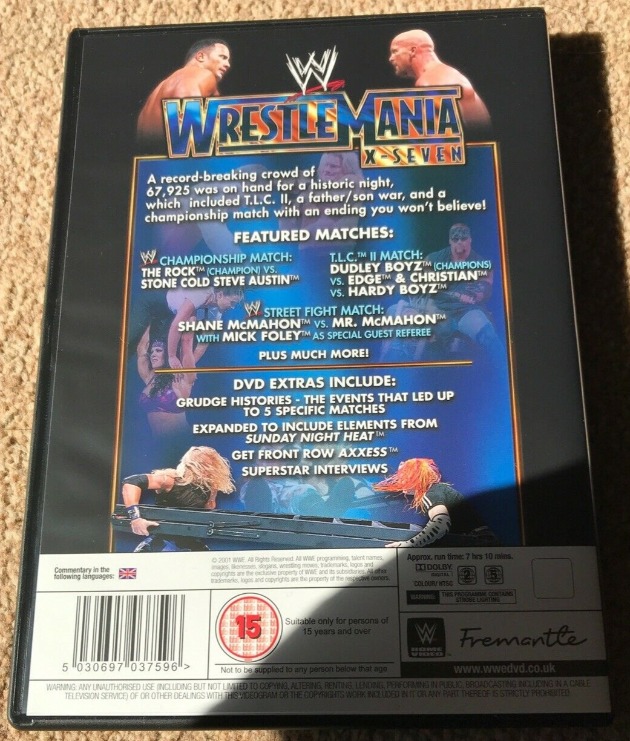 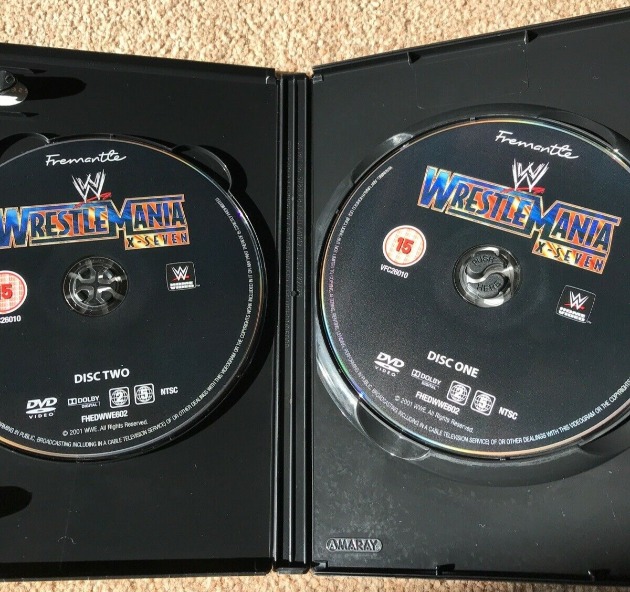 In our last update the front cover artwork was unveiled for the next WWE Home Video release: Elimination Chamber 2020.

The U.S. box artwork has now been finalized and so has the back cover artwork, as revealed here: 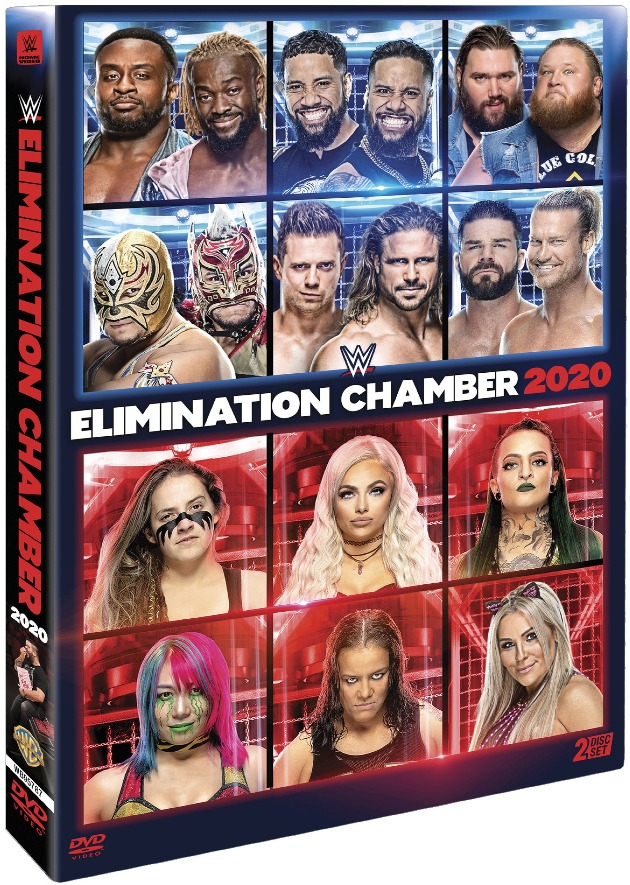 The next challenger for Becky Lynch’s RAW Women’s Championship is up for grabs when Shayna Baszler, Natalya, Liv Morgan, Asuka, Sarah Logan, and Ruby Riott battle inside the Elimination Chamber, WWE’s most sadistic steel structure.

Aleister Black takes on “The Phenomenal” AJ Styles in a No Disqualification Match! The Street Profits defend their newly won RAW Tag Team Championships against Seth Rollins and Murphy. And in the second Elimination Chamber Match of the night, The Miz and John Morrison put their SmackDown Tag Team Championships against The Usos, Lucha House Party, Heavy Machinery, Dolph Ziggler and Robert Roode, and The New Day. Plus, more.

Who will survive the night and continue their Road to WrestleMania unscathed? 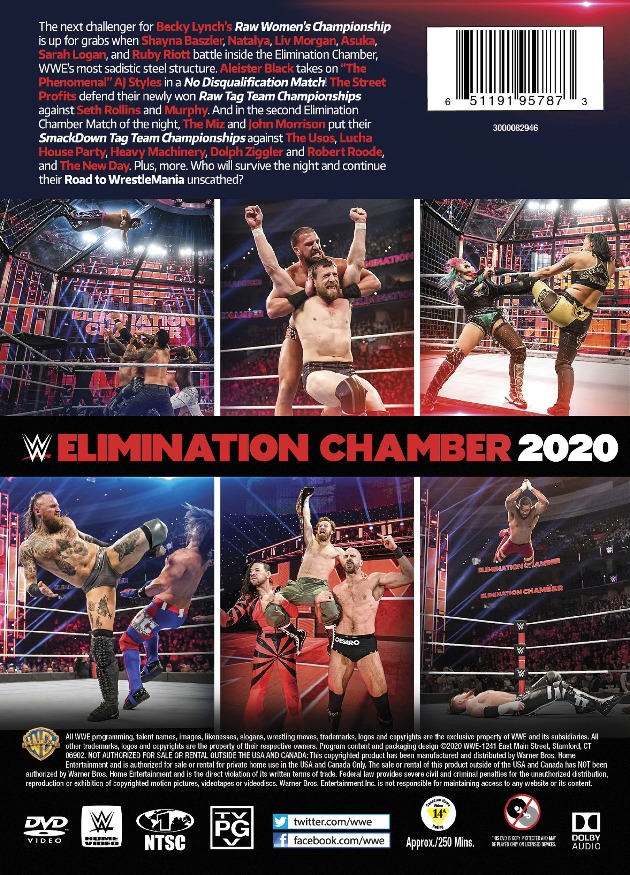 Grab a copy of the WWE ELIMINATION CHAMBER 2020 DVD on…

– Australia: May 20th. The Chamber DVD is available to pre-order now at Madman.com.au.