It’s “Video Week” here at WrestlingDVDNews.com. We’ll be showing you an exclusive preview clip of an upcoming WWE DVD/Blu-ray title each day until Friday!

There just so happens to be a new release tomorrow – John Cena: Greatest Rivalries; so we’ll start there. Today’s video gives a short preview of Cena’s interview segments on his feuds with The Rock and Triple H, plus another look at the unique, video game style intros.

Get “John Cena: Greatest Rivalries” on DVD/Blu-ray…
– USA: Order your copy for TOMORROW here on Amazon.com.

– UK/Europe: Order your copy for NEXT WEEK at WWEDVD.co.uk.

– Australia: Order your copy for November 5th at WWEDVD.com.au.

The upcoming WWE “Slam City” DVD is slated to have a total runtime of approximately 1 hour and 26 minutes. Below is a reminder of the newly revealed cover artwork.

The single-disc DVD hits the UK in November and Australia in December. As of now there have been no indications of a release to the United States or Canada. 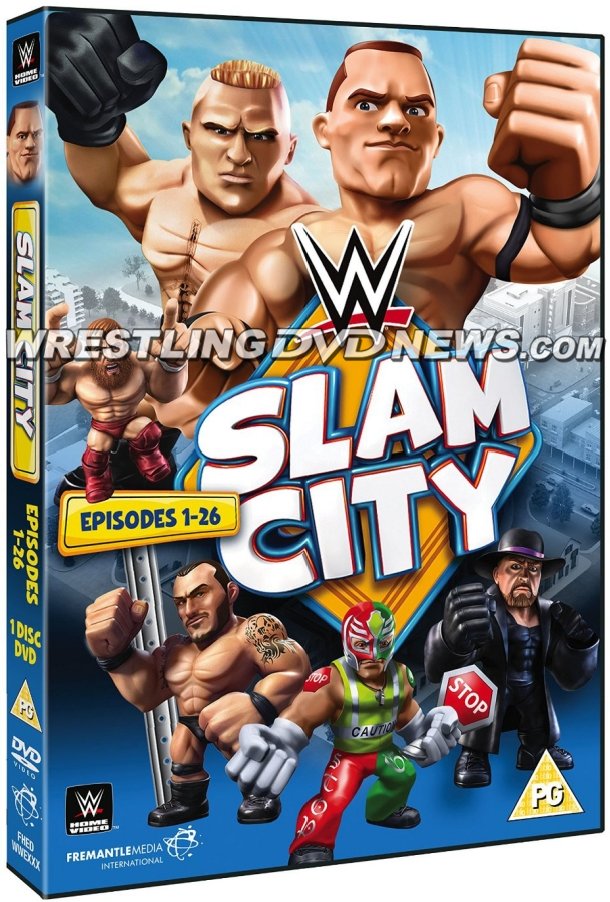 The new “Best of Sting” DVD/Blu-ray releases today here at WWEDVD.co.uk to fans in the UK and Europe. To celebrate, the site has the WCW themed DVDs “Best of Great American Bash” and “WCW Greatest PPV Matches” down in price to £14.99 (£17.99 on Blu-ray).

WWE have announced that advertising will begin rolling out today on the WWE Network. The advertising will be placed between shows in the live feed and before video-on-demand content. Below is a copy of the e-mail text sent out to Network subscribers.

Here’s what you can expect:

If you have any questions regarding your subscription, please visit wwe.com/help. Thank you for being a WWE Network subscriber.

LAST DAY: It’s the last day to sign up to our free e-mail subscription list if you’d like to be entered into our giveaway. This time around it’s a chance at 2 TNA DVD prize packs.