Below to watch is the intro video to WWE: Greatest Wrestling Factions!

The new DVD/Blu-ray profiles over 20 factions and features more than 20 full matches.

It releases on May 27th to fans across the United States (pre-order here), also available in May to the UK and Europe, then following in June to Australia.

Here’s a reminder of the cover artwork you can expect to see on the DVD and Blu-ray.

“WrestleCon Super Show”, held in New Orleans over WrestleMania 30 weekend, is now available on DVD here at Highspots.com (where the $5 DVD sale is still under way).

A few of the matches on the card were Colt Cabana vs. Jeff Jarrett, Tommy Dreamer vs. Arik Royal, and Kevin Steen vs. Masato Tanaka. Shown below is cover artwork and trailer. 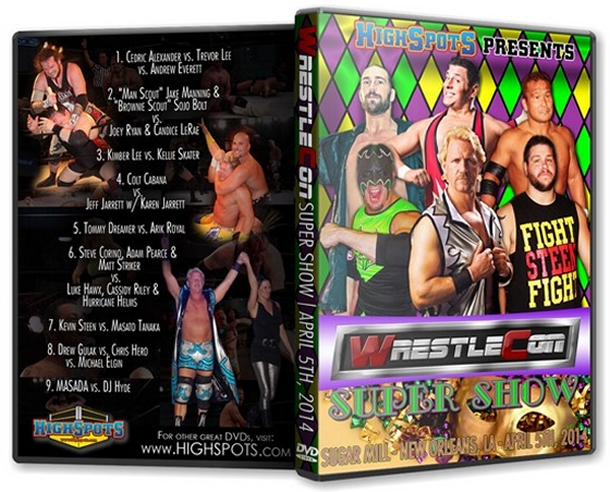 When ordering this DVD at Highspots.com you’ll receive free WrestleCon New Orleans beads with pendant. There’s also the option to add a WrestleCon T-Shirt for only $5 more.

WWE is bringing back the Battleground PPV this year, moved to occur in July and start the countdown to SummerSlam. The DVD of the event will be released on August 16th.

Following the excitement of the inaugural edition of Battleground in 2013, get ready for more action-packed matches in the 2nd ever Battleground!

This year’s event promises to be even more exciting! 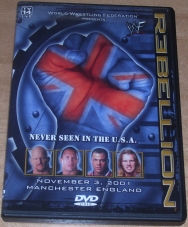 Linked to below are the 15 cheapest out-of-print WWF/WWE DVDs available to grab right now on eBay!