WCW Greatest PPV Matches Vol. 1 is released this Tuesday on DVD and Blu-ray! Get yours ordered for $17.99 here on WWEShop.com, or for $19.53 here on Amazon.com.

Here’s a first look at the menu you can expect to see on the Blu-ray edition and a few other screenshots from the feature. 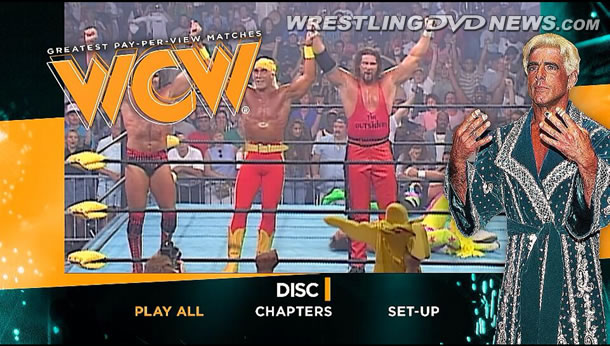 As reported, Booker T is your host for this WCW themed release. There are around 7 newly filmed segments shown before significant events in the timeline, such as discussion of “The Hostile Takeover” as an intro to the Bash at the Beach 1996 tag match. The host segments with Booker look to have been shot before a recent TV taping. 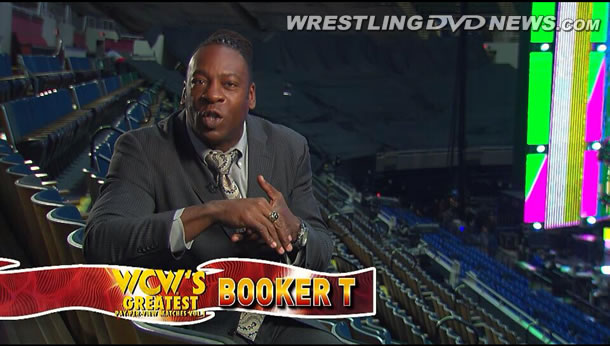 The 3 disc DVD and 2 disc Blu-ray set releases to the United States this Tuesday, following to Australia in April, and then on to UK/Europe in May. It compiles over 20 matches from NWA/WCW events dating from 1987 to 2001, beginning with: 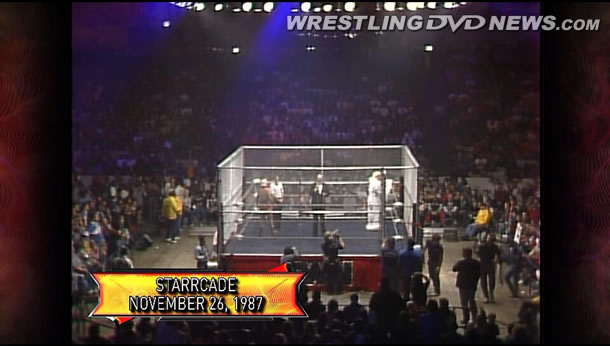 We started with almost 400 WWE DVDs and now we are down to just 16, and folks, it doesn’t stop until we have just 1 left!

Today we enter the fourth round of WrestlingDVDNews.com March Mania. As the end is in sight we have now combined the four individual brackets into a single one. 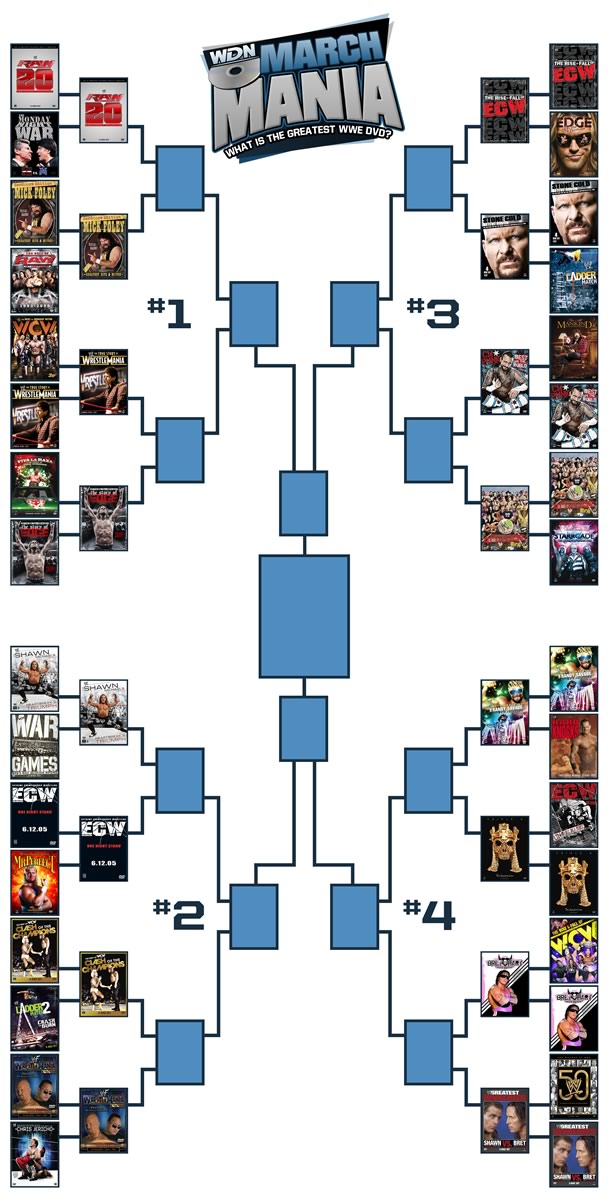 We hope that you are enjoying March Mania voting so far and we would like to offer a huge thanks to everyone who took the time to vote in the past round, and indeed all rounds so far.

The voting was incredibly tight in round three; in one pairing (“Viva La Raza” vs. “You Think You Know Me”) there was just 1 vote which separated them, so every single vote counts!

Regretfully, the third round saw the elimination of several fantastic titles which on another day could have been finalists on their own: Rise & Fall of WCW, The History of WWE, Breaking the Code, Monday Night War and Starrcade: The Essential Collection. However we can’t grieve forever, let’s get round four underway and kick out another 8 DVDs…

If you are having issues accessing the form, click here to open it in a new window.

These three noteworthy eBay finds are coming to an end today. WWF WrestleMania 18 with the “WrestleMania Insider’s History” DVD still intact, various PPV lots at cheap prices, and an auction for both the Royal Rumble and SummerSlam Anthology box sets. 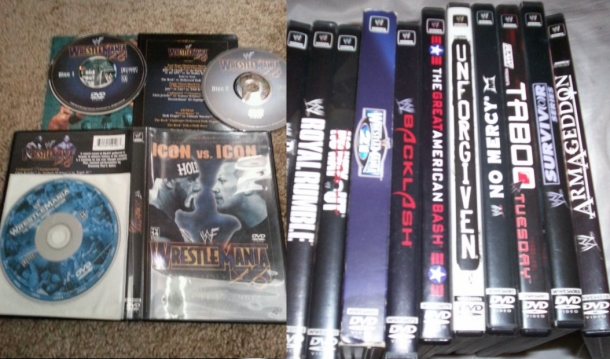 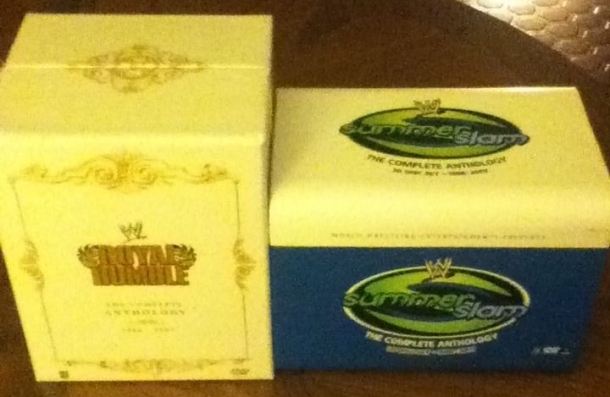