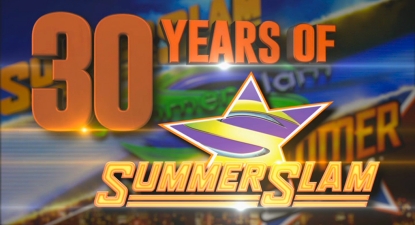 WrestlingDVDNetwork.com kicks off SummerSlam Week with an exclusive first look at WWE’s new SummerSlam-themed Home Video release on the way in 2 weeks.

This month SummerSlam joins the rest of the “Big Four” Pay-Per-View events with a 3-disc DVD profile all of its own — “30 Years of SummerSlam” will journey through more than 8 hours and 30 minutes of unforgettable moments witnessed at the summer spectacular over three decades.

And you can get an early sneak peek at it right now!

Click here to pre-order your copy of the new “30 Years of SummerSlam” DVD.

Check out the very first screengrabs of that new material: 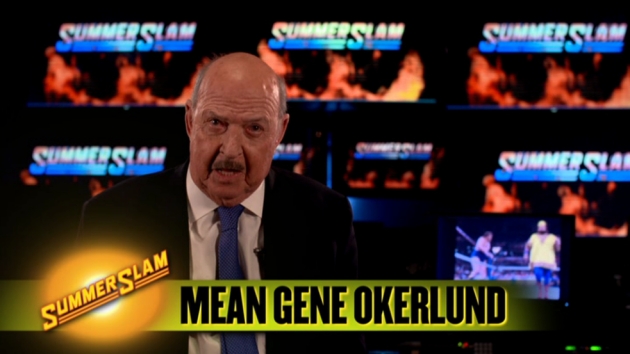 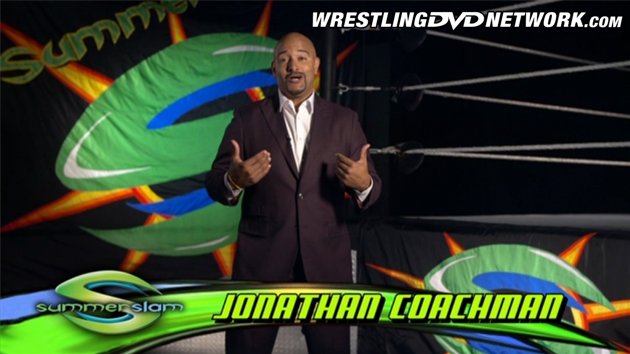 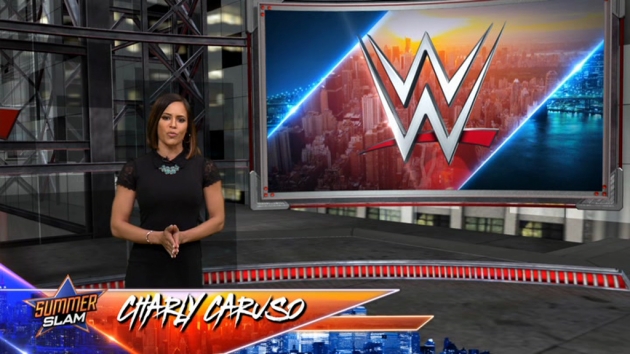 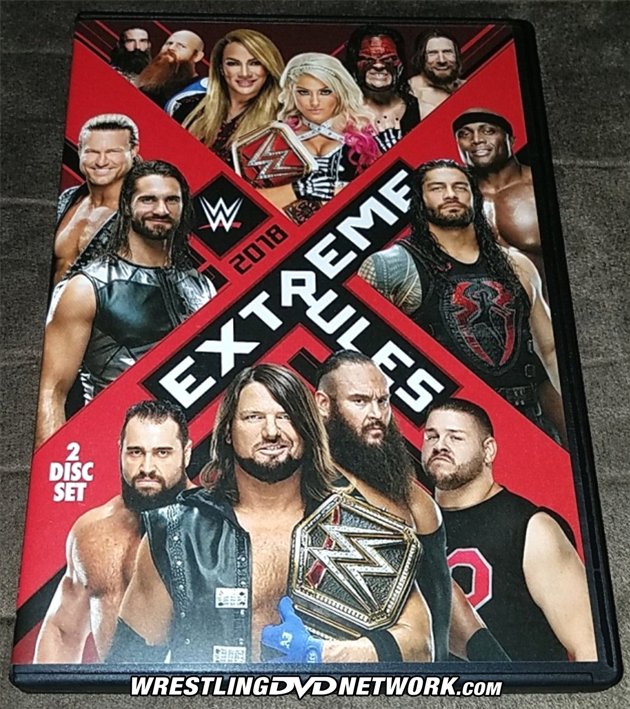 The first WWE Home Video release of August 2018 is set to officially hit U.S. stores tomorrow: Extreme Rules 2018. Let’s get a pre-release look at this 2-disc set and a freebie found inside of it!

Get hold of the same DVD pictured by clicking here to Amazon.com.

Represented on the cover artwork are six of the most memorable matches of the night: Braun Strowman vs. Kevin Owens in a Steel Cage Match, Dolph Ziggler vs. Seth Rollins in a 30-Minute Iron Man Match, Rusev vs. AJ Styles for the WWE Championship, Nia Jax vs. Alexa Bliss for the RAW Women’s Championship, Team Hell No vs. The Bludgeon Brothers for the SmackDown Tag Team Championships, and of course Roman Reigns vs. Bobby Lashley.

Special thanks to WDN reader JayJayRock206 (Jordan) for the first look photos. 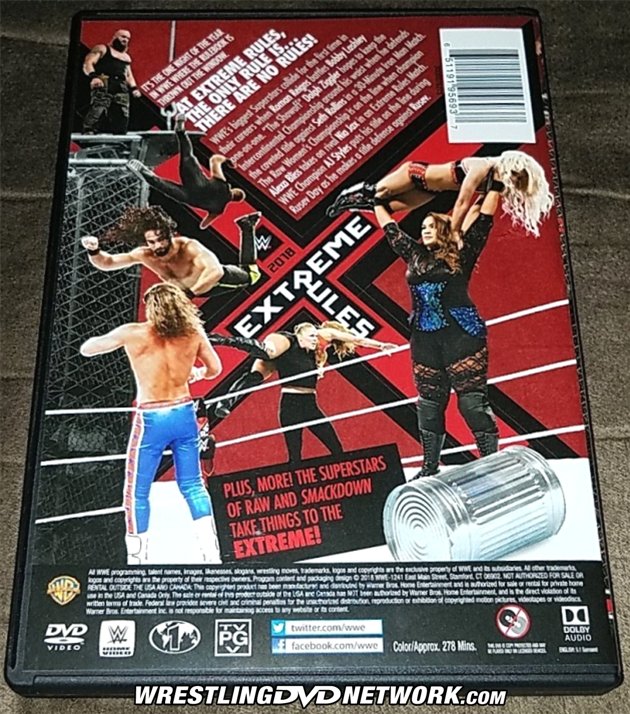 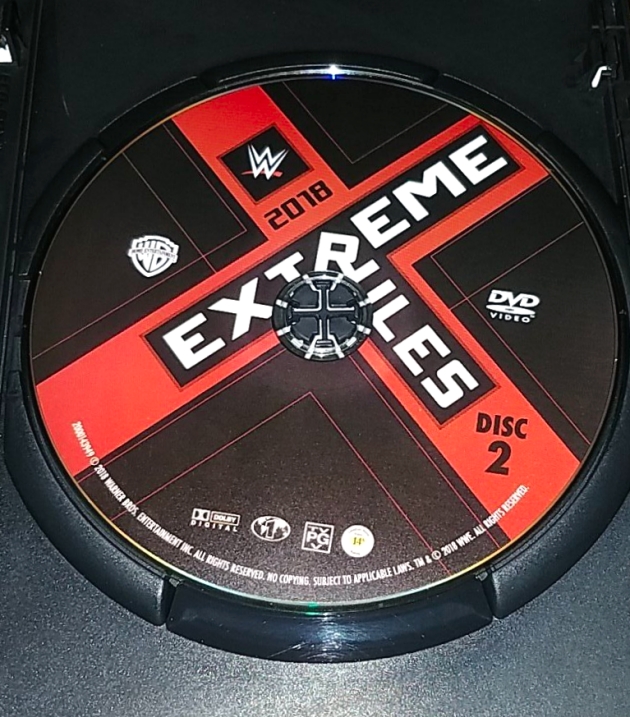 It’s the one night of the year in WWE where the rulebook is thrown out of the window. At Extreme Rules, the only rule is… there are no rules!

WWE’s biggest Superstars collide for the first time in their careers when Roman Reigns battles Bobby Lashley one-on-one. “The Showoff” Dolph Ziggler hopes to keep the Intercontinental Championship around his waist when he defends the coveted title against Seth Rollins in a 30-Minute Iron Man Match.

The RAW Women’s Championship is on the line when champion Alexa Bliss takes on rival Nia Jax in an Extreme Rules Match. WWE Champion AJ Styles puts his title on the line during Rusev Day as he makes a title defence against Rusev.

Both of the matches from the Kickoff Show, plus a match and two segments from multiple RAW and SmackDown Live episodes that aired in the build up to the Extreme Rules PPV – extras list. 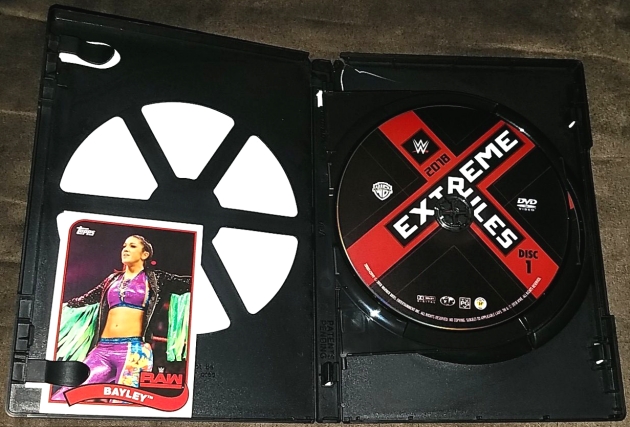 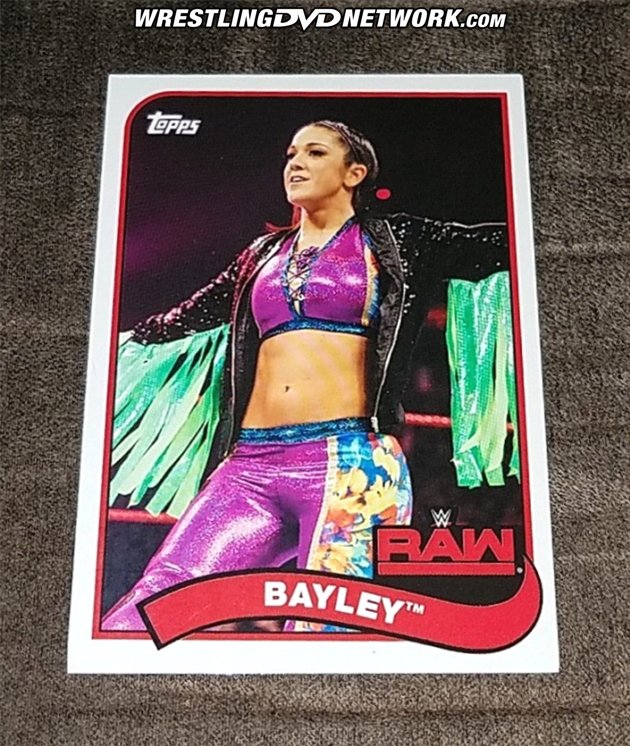 Get your hands on the new WWE EXTREME RULES 2018 DVD…

– United States: TOMORROW! Get your copy of Extreme Rules 2018 here on Amazon.com. 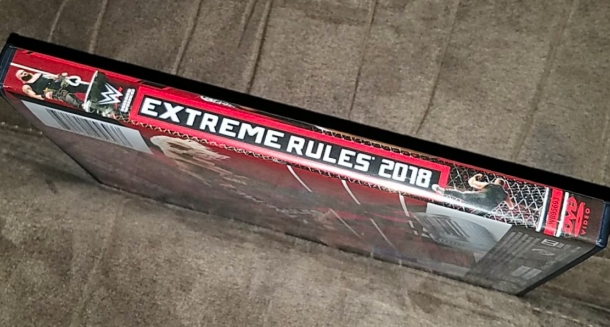