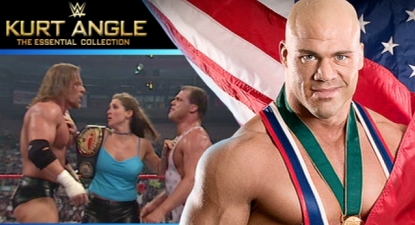 It’s no… secret… that in just a few weeks WWE will release their first-ever Kurt Angle DVD, but outside of the official trailer and first photos we haven’t seen much of it. Until now!

Today WrestlingDVDNetwork.com exclusively reveals the intro and a sneak peek at brand new interview segments with the man himself, all to feature in “Kurt Angle – The Essential Collection”.

Kurt’s interview here is a Home Video exclusive and not simply a repeat of the recent WWE Network content on him, however the in-ring setting looks to be the same as the brief “Kurt Angle: Oh, It’s True It’s True” interview conducted by Corey Graves for the Network back in March.

These new segments run between each of the matches featured – 25 of them in total! 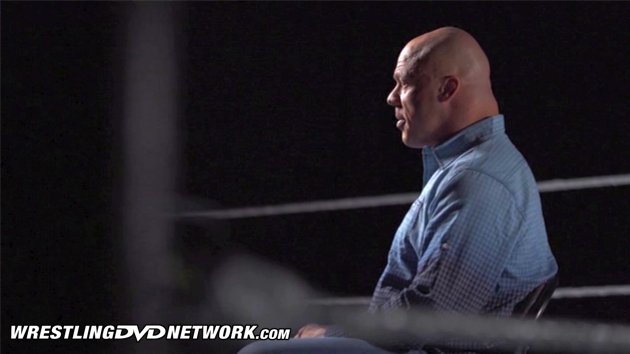 Packing in both matches and interviews, each of the discs runs close to the 3-hour mark and takes the total runtime of this Olympic-sized 3-disc DVD collection to 8 hours and 44 minutes.

More of the artwork you can expect to see on the packaging is shown here: 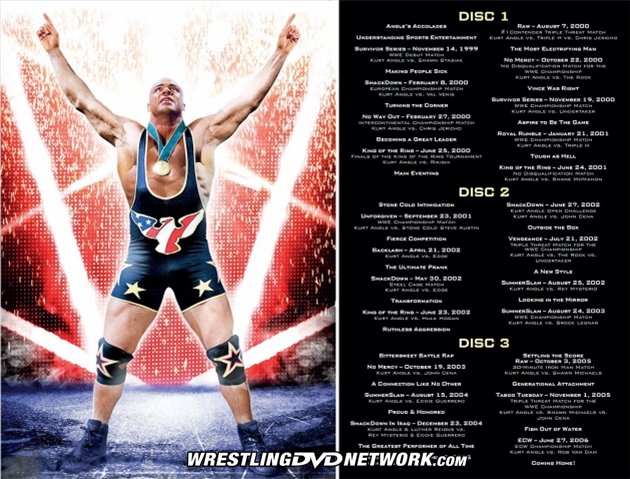 October will be a STACKED month for WWE DVDs in the United States!

As you can see from the snippet of our WWE DVD Release Dates page shown below there will be no less than 5 different Home Video offerings in the month due to the “Iconic Matches” DVDs (previously only found in figure bundles or as UK exclusives) just being added to the schedule.

On the subject of the 2017 schedule, in Australia the recent “Seth Rollins: Building the Architect” DVD never actually showed and listings were pulled leading to concerns of a cancellation.

However that is not the case; the decision appears to have been made to instead offer the DVD as an exclusive to fans pre-ordering the WWE 2K18 video game made through EB Games AU/NZ.

“Fight Owens Fight” is likely to hit the region as a DVD-only title which may indicate a scaling-back of Blu-ray editions but from what we can see all of the upcoming DVDs are scheduled for Australia as normal including the likes of: Kurt Angle, the “Double Feature” PPVs, “1997: Dawn of The Attitude”, “30 Years of Survivor Series”, and NXT. Check with Madman.com.au/WWE for the latest. 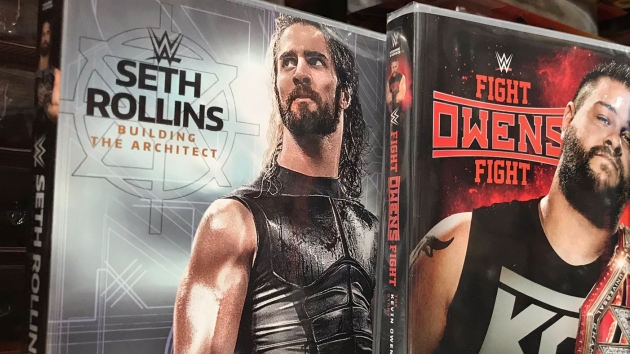 Look here on WWEShop.com today and you’ll find the TLC: Tables, Ladders & Chairs 2016 DVD, the Roadblock: End of the Line 2016 DVD, and the “Superstar Collection: Sheamus” DVD on sale dirt-cheap for only $2.99 each! Enter promo code “SALE40” to grab these deals. 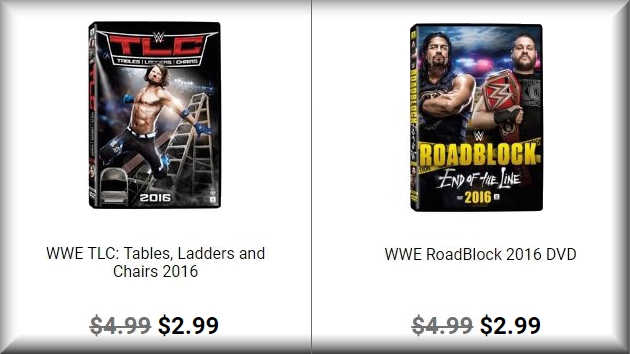 Several noteworthy WWE Blu-ray auctions are about to expire on eBay including Dudley Boyz, Kevin Owens, a sealed WrestleMania 24, a Scott Hall Steelbook, and a big lot of 9 titles… 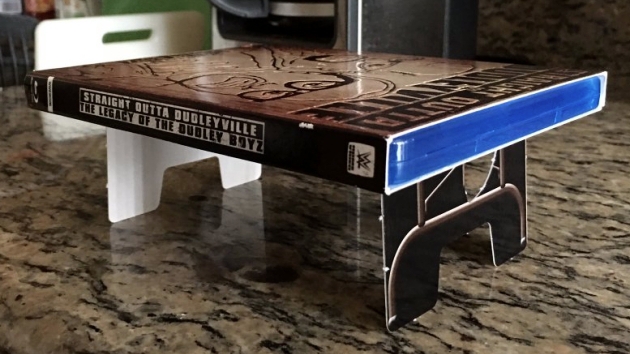