Today, right here at WrestlingDVDNews.com we have the exclusive reveal of the upcoming WCW Greatest Pay-Per-View Matches Vol. 1 DVD and Blu-ray cover art! 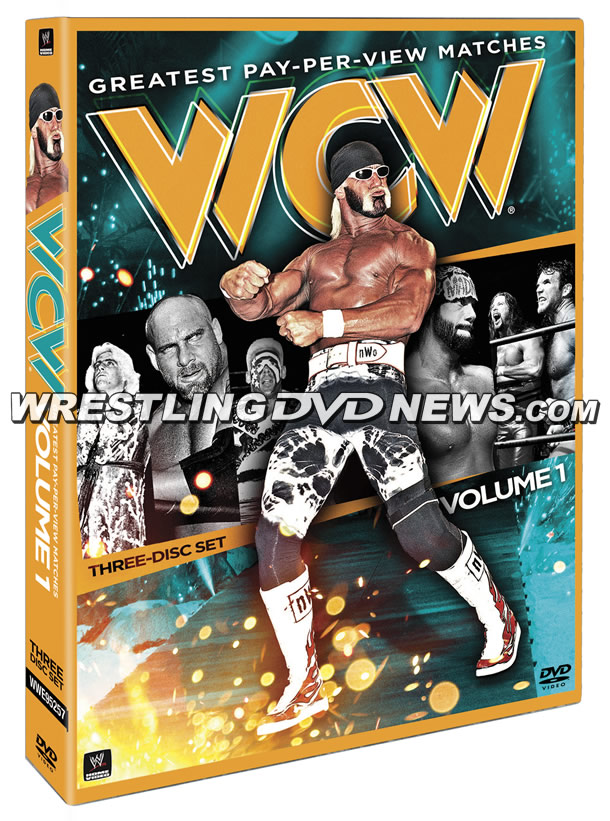 “Starrcade! Halloween Havoc! The Great American Bash! Road Wild! For the first time ever, collect all the greatest pay-per-view matches and moments from the rich history of World Championship Wrestling.

During the 1990’s, WCW showcased numerous legends of sports entertainment, producing an annual slate of wildly successful pay-per-view events. From Ric Flair’s championship clashes with the enigmatic Sting, to n.W.o running roughshod over the promotion, early thrillers between legends Eddie Guerrero and Rey Mysterio, and brawls amidst a sea of Harleys at Strugis, “The Place Where the Big Boys Play” brought the prime time audience to their feet. 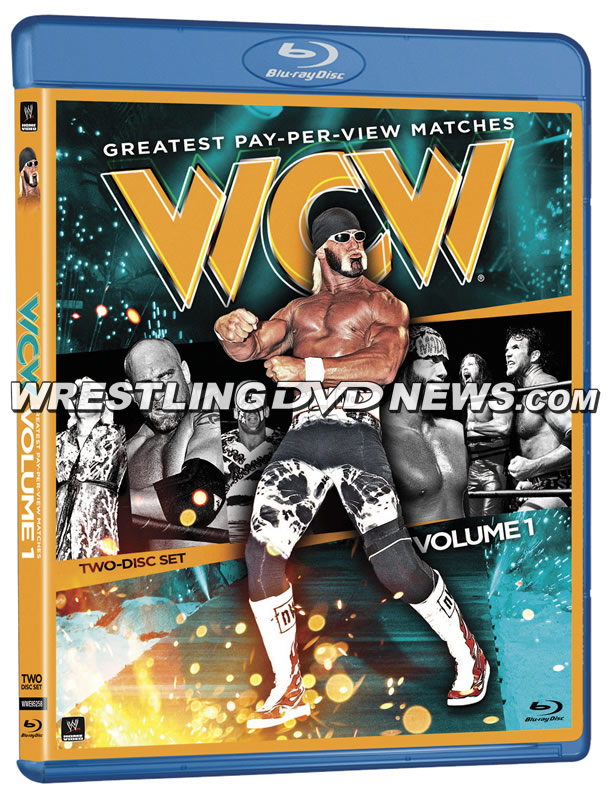 Australia: To Be Announced. Pre-order soon at WWEDVD.com.au for early April release.

UK/Europe: To Be Announced. Pre-order soon at WWEDVD.co.uk.

WWEShop.com is today offering 50% off all WWE DVDs and Blu-rays for the next few hours only!

(Use code “CLOCK” to redeem. Next 2 hours only!)
Check out more posts here on WrestlingDVDNetwork.com: