We have confirmation that “The Very Best of WCW Monday Nitro: Volume 2” will release on February 12, 2013.

Expect to see retailers put that up for pre-order on DVD and Blu-ray format in the coming days. As previously reported, DDP will be back to host. He recently tweeted the photo below of him on set with WWE for Volume 2’s filming. 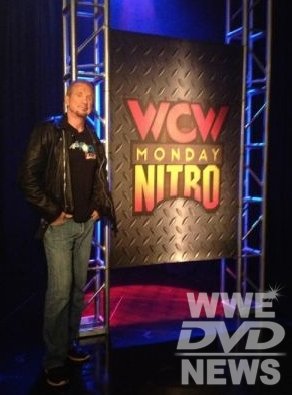 Two weeks after that, Royal Rumble 2013 will hit stores on DVD and Blu-ray.

WWEDVD.com.au have updated synopsis for The Best of Raw & SmackDown 2012 which gives some insight into content on the set, including the Kane and Daniel Bryan “Anger Management” Raw segments:

For the WWE Universe, there are 5 hours of appointment television every week, as Raw and SmackDown continue to off er the most shocking, surprising, athletic, humorous and dramatic moments on TV. Relive all the best prime time action featuring John Cena, CM Punk, Sheamus, Randy Orton, and all the top Superstars in WWE. This 4DVD set or 3 Disc Bluray will include more than 11 hours of the best of Raw & SmackDown including: Brock Lesnar’s shocking return to WWE, The Rock’s concert as part of the buildup to his match with Cena, the reunion of D-Generation X at Raw 1000, Zack Ryder trying to survive a Falls Count Anywhere Match with Kane, Sheamus vs Randy Orton on SmackDown, Anger Management Class with Daniel Bryan and Kane… and so much more.

Several WWEDVDNews readers sent word of new Walmart exclusive WWE DVDs found in stores. As shown in the pics below there are four DVD sets from last year which each come packed with a free WWE beanie hat. A new “Double Feature” pack was also spotted which bundles together WrestleMania 23 and Undertaker 15-0. 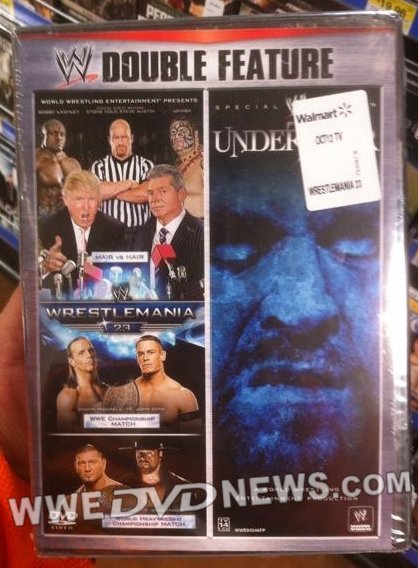 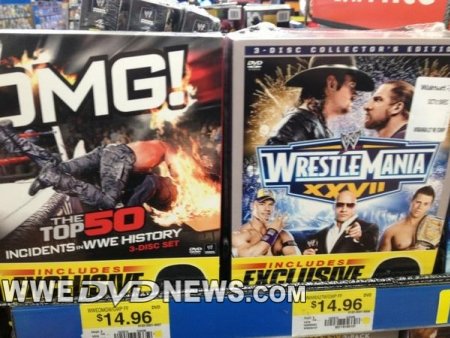 Hell in a Cell 2012 was released on DVD in Malaysia last week, and below is a look at the artwork on there. This week Malaysia also got four of the Superstar Collection titles – Daniel Bryan, Sheamus, Kofi Kingston, and Randy Orton. 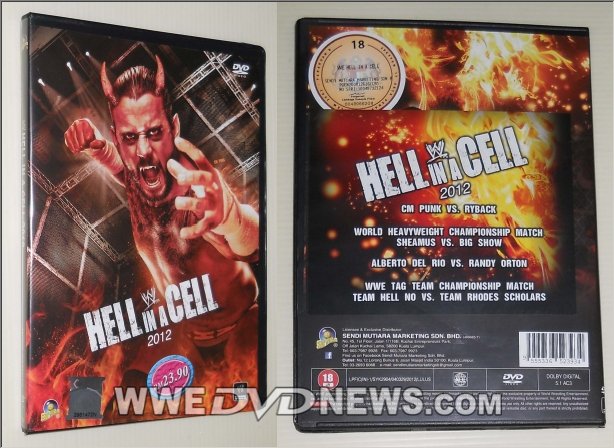 The Hell in a Cell DVD hits US stores on November 27 – click to pre-order.

Lastly, a quick rundown of the latest WWE digital news, thanks to Roger Palmer.

– You can still get a free trial of Hulu Plus by clicking here. Their partnership with WWE offers next-day streaming of Raw, SmackDown, Superstars, NXT, and Main Event to game consoles, tablets, smartphones, computers, and other internet-connected devices.

– Undertaker: The Streak is now available to stream on Netflix.

– The CM Punk: Best In The World documentary is available to rent and buy on the usual digital platforms such as iTunes, Xbox Live, Amazon Instant Video, and Vudu.

– WWE has continued to release the Superstar Collection series, and next up was the Rey Mysterio title. Most of the matches included were not previously available digitally.

– Night of Champions 2012 is also available on the usual digital platforms such as iTunes, Xbox Live, and Amazon Instant Video.

– Vudu has now re-added all the WWE titles that were previously available on the website.