“Signature Sounds: The Music of WWE” officially hits stores this coming Tuesday. It’s priced at just $5.99 on WWEShop.com and $6.00 on Amazon.com.

To celebrate the new release, let’s give away a FREE copy this weekend!

After opening nominations and four rounds of voting we have finally reached the Quarter Finals of the first ever WrestlingDVDNews.com March Mania!

Round 4 has forced the shocking eliminations of Stone Cold Steve Austin: The Bottom Line, the first ECW One Night Stand pay-per-view event, and Triple H: Thy Kingdom Come! But now we are down to just eight WWE DVDs – “the great eight”, and in just over two weeks’ time we will have our winner and WDN March Mania Champion 2014.

Here’s how the brackets stand as we enter the Quarter Finals. Also check out the result percentages of the head-to-head WWE DVDs from your Round 4 votes. 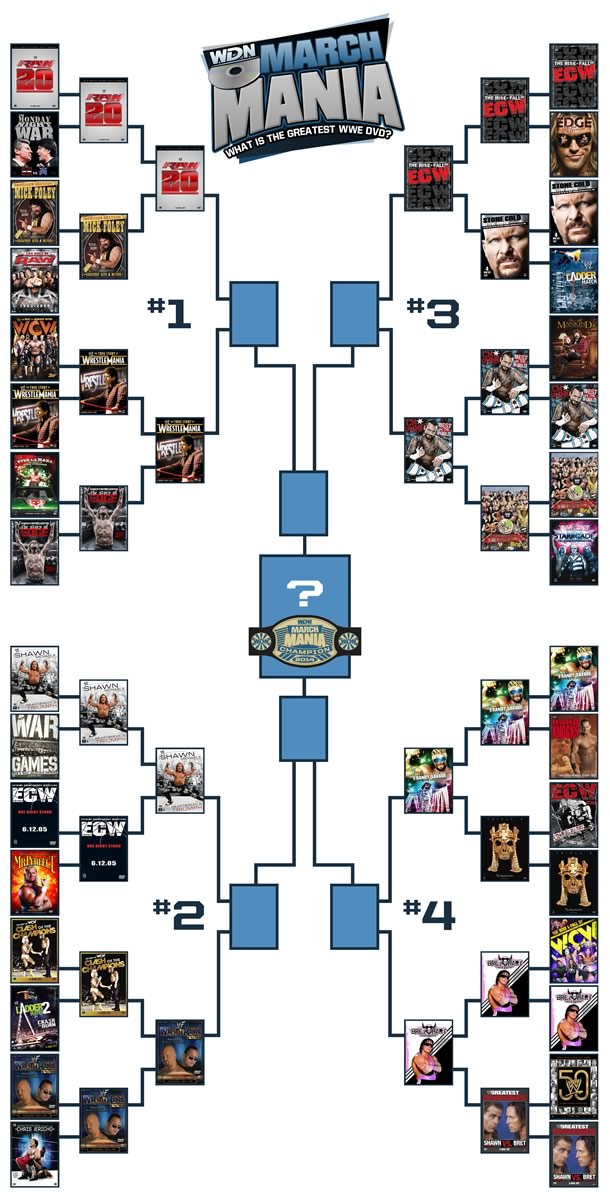 Dusty Rhodes today tweeted out “Working on new DVD @Wwe #teamrhodes“, which raises speculation that WWE may be producing a Rhodes Family DVD.

In September of last year a fan survey mentioned this DVD idea for Dusty Rhodes, Cody Rhodes and Goldust, hinting that the format would be a documentary plus matches. 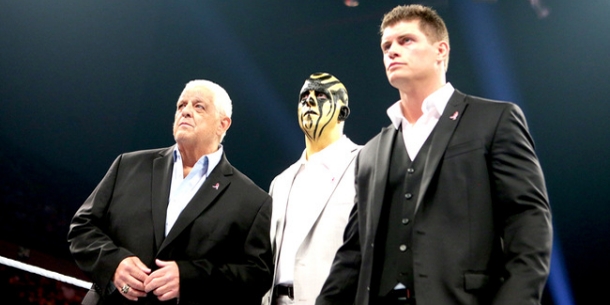 A final reminder that today only here on WWEShop.com all WWE DVDs and Blu-rays are up for grabs 50% off! The only exclusions are the newly released WCW PPV Matches DVD, the upcoming Music of WWE DVD, and the larger Anthology sets. 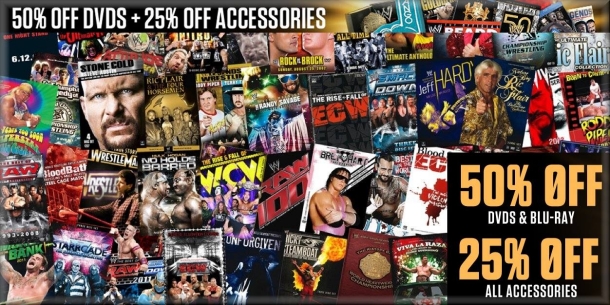