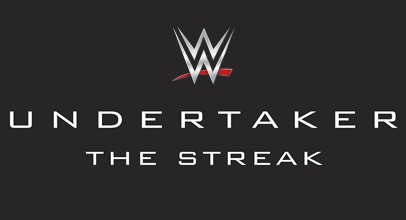 Earlier this month we broke the news that WWE has another DVD on The Undertaker planned for 2015, but that it won’t be featuring a full blown career documentary:

WWE DVD on THE UNDERTAKER Coming This Year, No Documentary?

WrestlingDVDNews.com has since learned that for this title the company plans to re-release and extend the 2012 DVD and Blu-ray set, “Undertaker: The Streak – 20-0”.

“Undertaker: The Streak – 21-1 (RIP Edition)” is slated to be released as both a regular edition and a limited edition in special coffin-shaped packaging!

As you may recall, the original 2012 Home Video featured a mini-documentary on the Streak, all of Undertaker’s WrestleMania matches up to that point, and a few additional extras.

As of right now, WWE has the “RIP Edition” DVD box set scheduled to hit stores worldwide toward the end of this year, likely made available just in time for the holiday season. 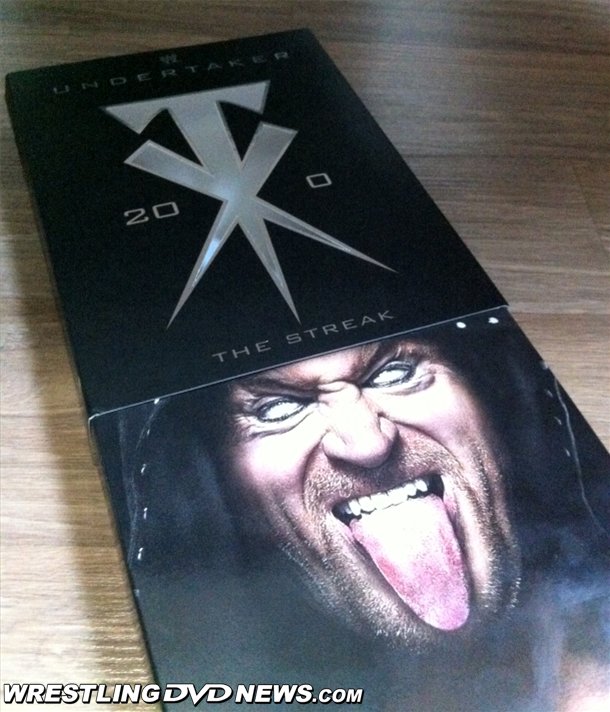 FINAL HOURS: Over the weekend, an impromptu giveaway started up on our Facebook page for the 2 WWE DVDs and Batista action figure pictured below.

This giveaway closes just a few hours from now – be sure to enter; full details below!

Okay, these #WWE DVDs and Batista figure are laying around the office serving no purpose, so let's GIVE THEM AWAY FOR…

UK FANS: The new “Jerry Lawler: It’s Good To Be The King” set is officially out today! 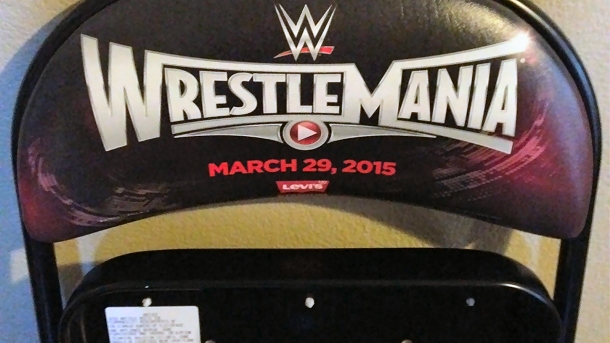 Kayfabe Commentaries will put out their new “Timeline: The History of ECW – 1996” DVD next Tuesday. Joining Sean Oliver as the special guest for this one is Raven!

The following new synopsis has now been released:

On June 2nd, join Raven as he takes you back to his biggest year in the renegade company from South Philly. Raven is as outspoken as he is philosophical about all things 1996 in ECW…from Paul E, to Divine Brown, to Terry Gordy, to Taz, and so much more.

A must-add to your “Timeline: The History of ECW” collection. Coming to DVD and KC OnDemand 6/2/15….nevermoreeeeeeee 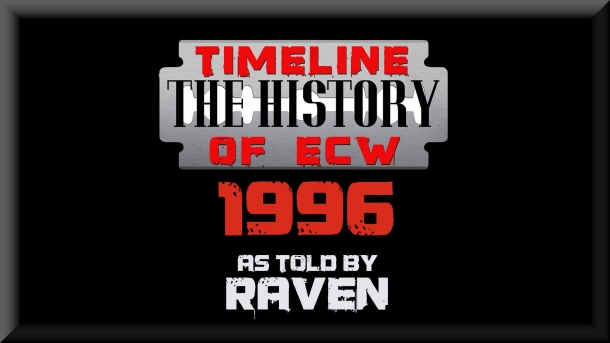 Linked to below are 6 of the best WWE DVD eBay auctions expiring in the coming days.

Those include a $0.99 “RAW 20th Anniversary Collection” box set, decent prices on the original WWF WrestleMania 15, 16, and 17 DVDs, plus other lots and goodies! 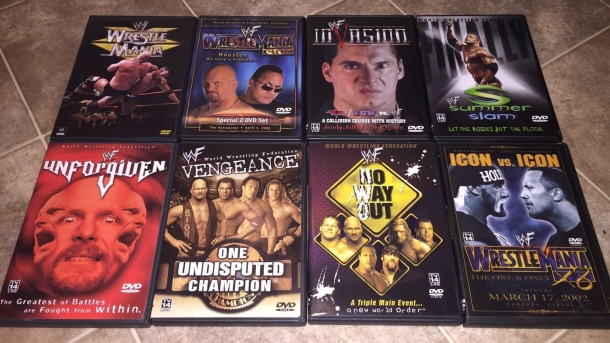