We’re just 11 days away from the release of Triple H: Thy Kingdom Come!

Below is an early look at the Blu-ray edition, courtesy of WrestlingSuperStore. The Blu-ray looks to have a slipcover like the DVD version does (as seen in our earlier photos). 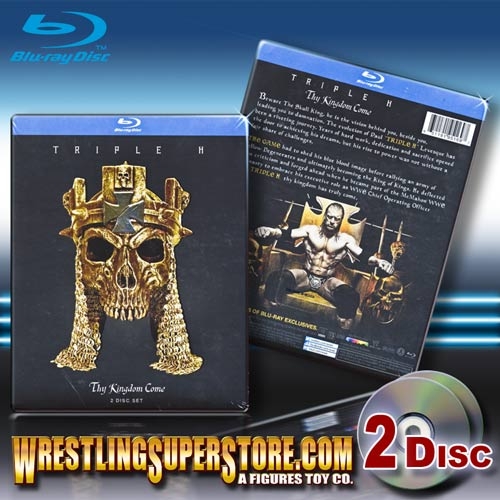 WWE are now selling “Thy Kingdom Come” T-Shirts individually and in packages with the DVD and Blu-ray. You can find those products here on WWEShop.com. If you’re thinking of ordering a package, remember code “DVDWWE5” for $5 off your order. 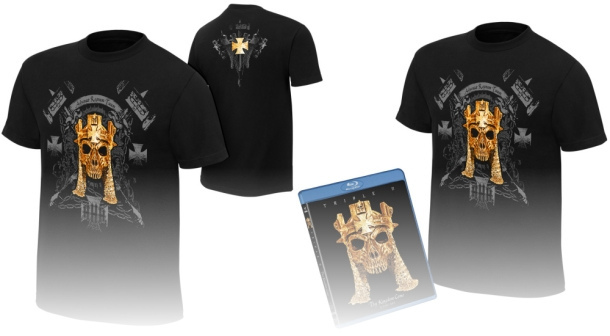 YouTube user SandersRobin24 has made a follow up video with his early copy of the Triple H DVD. In this one he talks in depth about the 2 hour documentary on the set.

Our giveaway for the Money in the Bank 2013 DVD ended yesterday. The active member of our forum chosen at random to win was Timothy Thorpe (@pmdmf) – congrats to him!

We’re giving away a copy of the original WWF Invasion DVD – still sealed! Depending on where you live, we have the prize in Region 1 (North America) or Region 2 (Europe) format. Below are instructions of how to enter in two simple steps. Entries close on September 30, 2013. 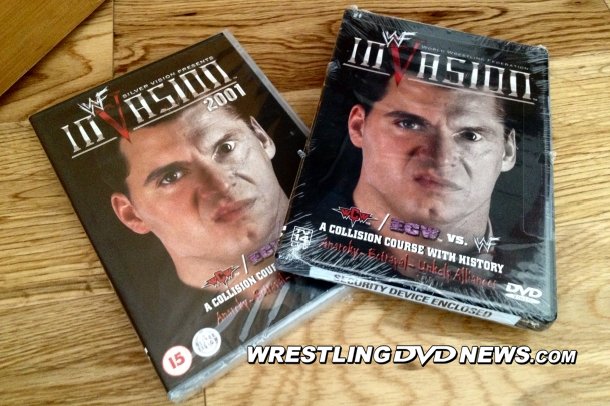 – Worldwide entry is allowed and encouraged!
– Winner selected at random from all entries.
– Entries close on September 30, 2013.

Now and through the weekend WWEShop are running a Night of Champions sale. Various ‘champion themed’ merchandise is up for grabs in the sale Buy 1 Get 1 50% Off. Below is a list of DVDs and Blu-rays included. Click to go to the sale.

With these deals you can also use our new “DVD25” code for a further 25% off!

WDN readers Joe, William Slack and Adam St. Pierre sent word that the following 2 matches are not present in the Blu-ray exclusives of Legends of Mid-South Wrestling, even though they were listed in the official content reveal.

We can confirm that this is the case for the US version, but the UK copy (shown in the photo below and released next Monday) does in fact contain these two matches. 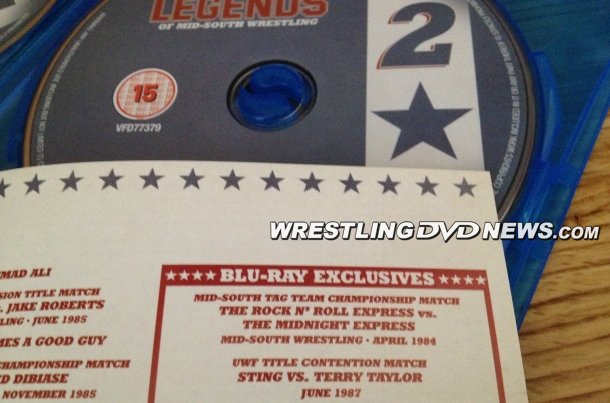