February’s giveaway here on WDN will be for the WWF Judgment Day 2001 DVD!

– Entries close on February 28, 2014.
– Existing followers are also eligible to enter.
– Winner to be selected at random on closing date.
– Worldwide entry is allowed and encouraged!

Speaking of hard to find WWE DVDs, this eBay seller is auctioning off 30 RARE and OOP WWF/WWE DVDs today and tomorrow, including those pictured below! 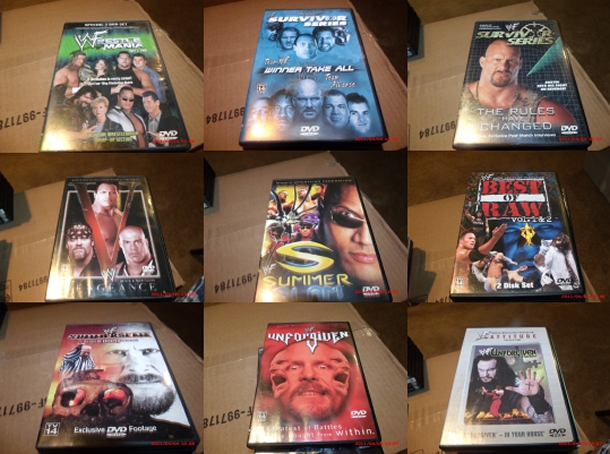 Today, WWE Survivor Series 2013 is officially released on DVD and Blu-ray to the UK and Europe here at WWEDVD.co.uk. Photo below thanks to Pratik Patel. 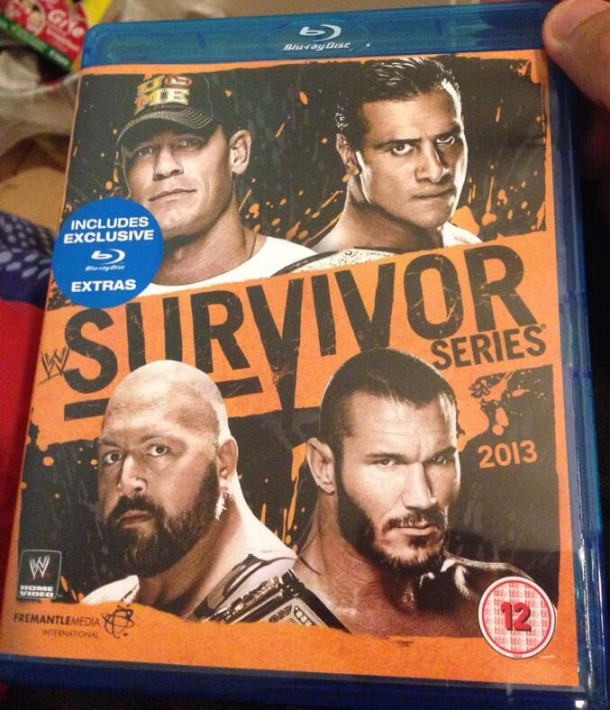 This April, Kayfabe Commentaries will be releasing another volume in their “Timeline: The History of WWE” series. This time around 1984 will be covered with special guest “Rowdy” Roddy Piper. Signature Editions of the DVD also look to be planned. 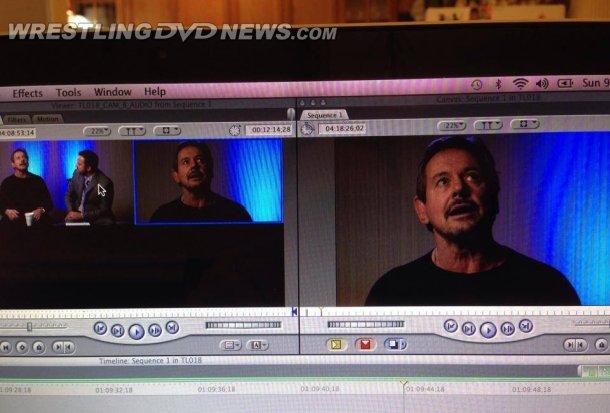 Word we’re getting from the edit is that Piper’s “Timeline” will be the most entertaining, emotional, bombshell revelation filled shoot interview ever. We’re not big on unwarranted hype, but this will be one you will watch over and over and over. And with over four hours of raw footage the aforementioned edit will be a chore. Comes to the world in April. Not sure the wrestling world is ready for it.

The next review we’ll have up will be for the Shawn Michaels “Mr. WrestleMania” DVD.

You may have noticed a gap for a review of The Best of RAW and Smackdown 2013 here on the site. So, below, let’s do something a bit different as we present the top 10 promos/segments that were featured on the new three-disc DVD set released last month.

Divas? Yes, Divas! In recent years it’s not often a Divas segment shines but this one did, and it’s also not often the girls would even be put into a contract signing either. Pretty sure you’ll find yourself entertained and surprised you are. 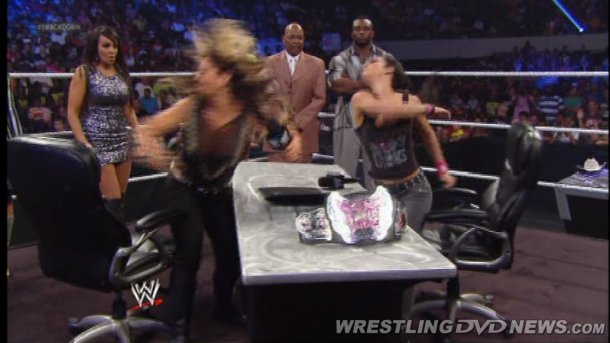 It’s great to look back on CM Punk’s historic reign and this let’s you do just that. Most of it involves Punk going on a tirade, with The Shield later involved too. The Rock’s not out there long and he’s in that overly-serious mode when he is, but not a bad segment. 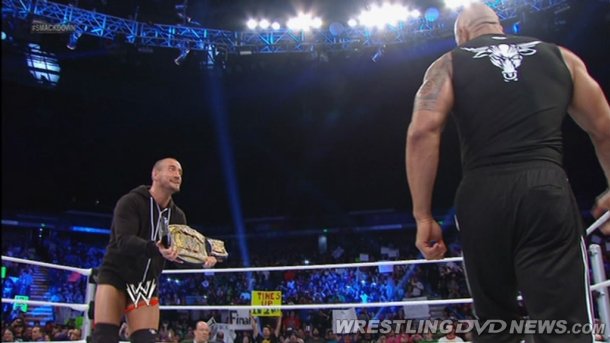 Didn’t think it would be but this was quite entertaining. Alberto Del Rio’s great as a heel here and Dolph Ziggler’s equally good as a babyface, so it kinda just works. Ziggler’s interruption of the “fiesta” and guitar shot to Ricardo Rodriguez makes for good times. 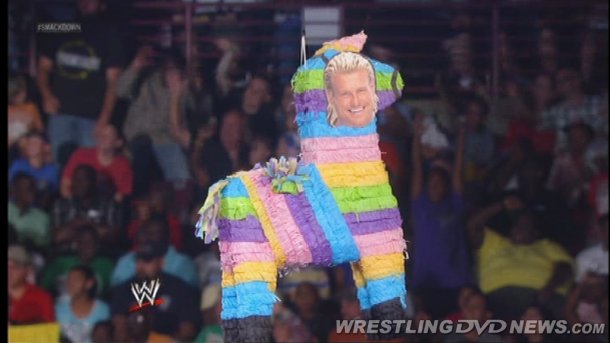 This segment just feels real as D-Bryan and Cena get in each other’s faces prior to their SummerSlam spectacular. It’s the pro wrestler vs. entertainer debate going off – look out for Bryan calling Cena a “parody of wrestling”. 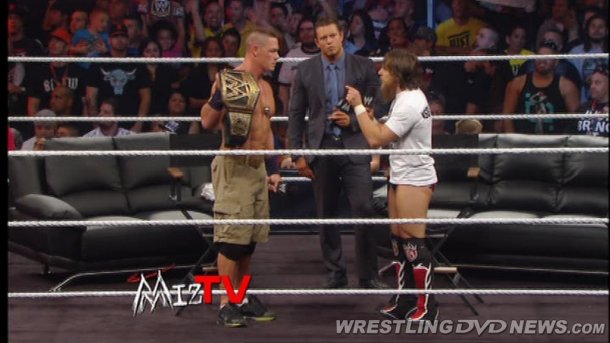 Don’t recall a whole lot of build for The Rock and John Cena’s second match at WrestleMania, which seemed to hurt it. This segment though from Old School Raw did the job at creating some interest and believability. Cena’s story of redemption as he looks to beat Rock for the WWE Championship is quite convincing, at least here on this night. 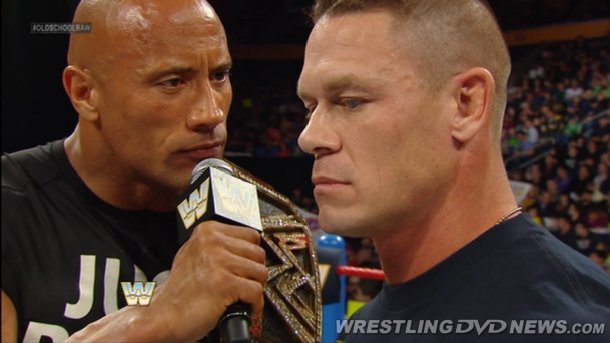 This is a fantastic back and forth between Vince McMahon and Paul Heyman, that is until Vinnie gets an F5 from Brock Lesnar just before he can fire Heyman. By the way, Heyman is golden as always and comes out with some great lines like “Please leave the ring, Vince”! 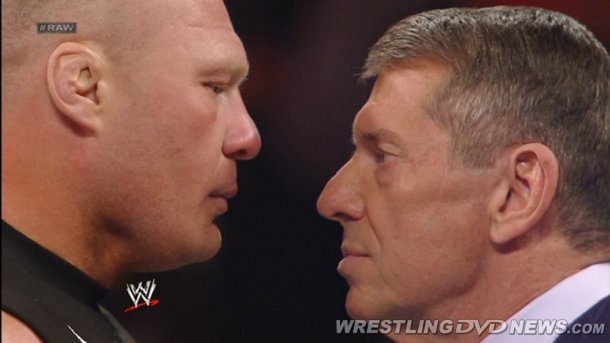 It’s unlikely you’ve forgotten this one! Controversial yet one of the best RAW moments of 2013. Not sure the crowd knew how to react given Paul Bearer’s untimely passing, but it was a genius way to build into Punk/Taker at WrestleMania. 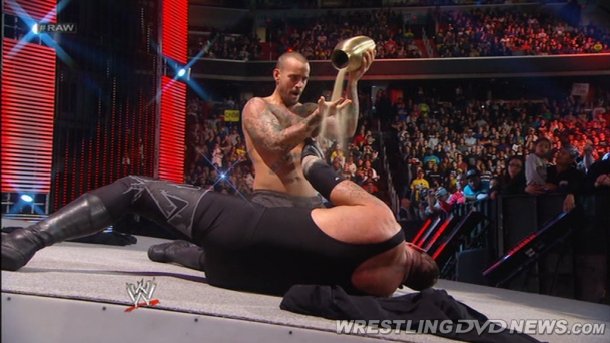 Also one that everyone will remember. This was a very unique and impactful way of building to Brock Lesnar/Triple H at Extreme Rules – not to mention hilarious too! This also has Triple H’s in-ring response to Lesnar after seeing the footage, which isn’t so good. 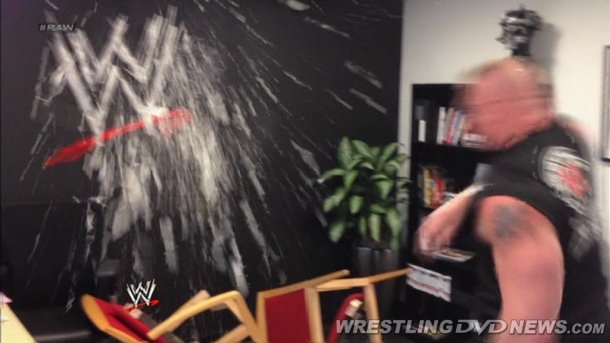 Unique can be used to describe this too as it’s a promo surrounded by a ring full of former champs, which really adds to it. Deafening Daniel Bryan and “YES!” chants begin proceedings and throw off Triple H. All parties do a good job, considering the crowd. The ending to this segment has to be one of the best in a few years with Punk going after HHH, HBK going after Punk, Bryan going after HBK and Stephanie getting caught up in it all too! 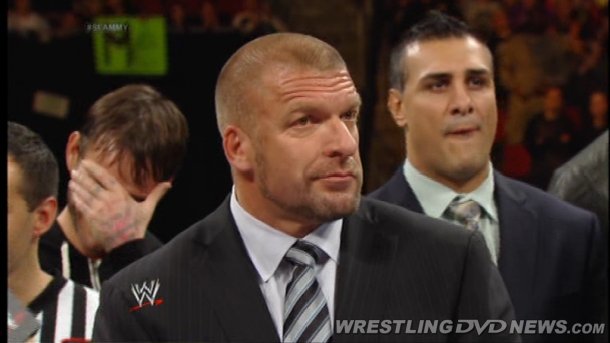 Perfection, really. The boots on the stage, Cena’s input, Henry crying from the very start, the crowd buying into it immediately, lines like “I’m coming home” to the kids, and how it ultimately ended. Mark Henry delivered something here that we didn’t know he had in him. 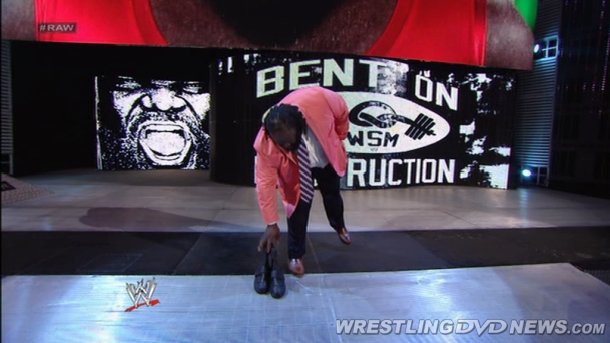 The United Kingdom and the rest of Europe gets it in just 3 weeks’ time! Pre-order your copy in time for then over at WWEDVD.co.uk.

The Blu-ray version is exclusive to UK/Europe and will contain an additional 5 matches which are not present on the standard DVD version.