Win a Triple Threat of WWE DVDs – 3 Awesome PPV DVDs Up For Grabs!

So with Daniel away, how about we get down to some giveaways? My Take Over Week will be filled with Giveaways, so keep checking back to be in with a chance to win some great wrestling DVDs.

These three events featured some incredible matches and moments, such as: The Shield vs. The Wyatt Family, Evolution and The Shield in their awesome elimination match up, John Cena’s fifteenth WWE Championship victory and Seth Rollin’s accession as Mr. Money in the Bank. #spoilers

To be in with a chance of winning all three of these great WWE DVDs all you need to do is follow me on Twitter and spread the word of the giveaway. 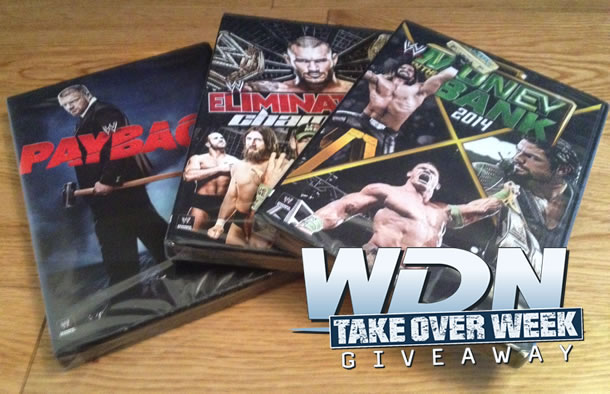