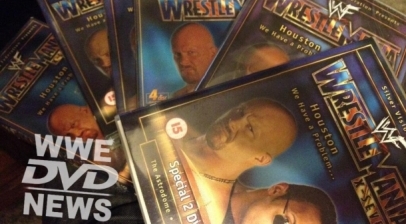 Let’s kick off June with a brand new giveaway…

It’s quite possibly our biggest ever as we’re giving away a copy of the original, highly sought after (and pretty valuable) WWF WrestleMania X-Seven DVD! 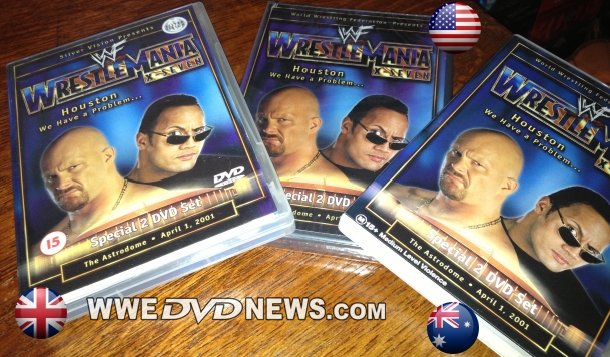 The lucky winner of the giveaway will get the version suited to their country of residence – as we have Region 1 (United States & Canada), Region 2 (UK & Europe), and Region 4 (Australia) format DVDs up for grabs, as pictured above. 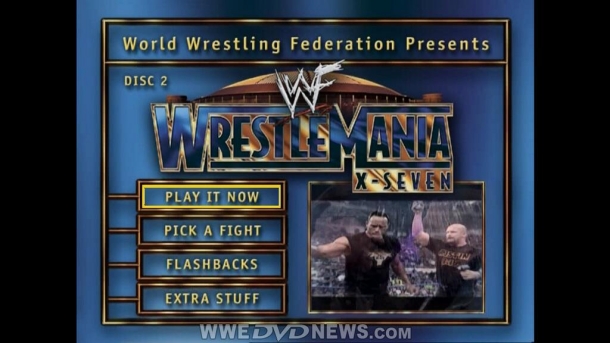 1) Sign up for free WWEDVDNews.com Email Notifications by entering your email address in the box below and following the easy steps. It’s clean and powered by Google.

2) Check your email inbox at the address you specified for a verification email and click the link in there to confirm. Only verified email addresses will be counted for the giveaway.

3) Enjoy your free email digests of our latest news and the chance to win WrestleMania 17 – you will contacted at the same email address if you are the lucky winner!

– Entries close on Saturday June 15th, 2013.
– If you previously subscribed you are already entered.
– Only real and verified email addresses are eligible.
– Winner to be selected at random.
– Strictly one entry per person (we will be checking).
– Worldwide entry is allowed and encouraged!

Heads up, WWEShop.com have over 40 WWE DVDs and Blu-rays on sale (today and tomorrow only) in their Father’s Day promotion.

The Buy 1 Get 1 Free deals also end after tomorrow so jump on them while you can!

Bret Hart Best There Is…

Rock vs. Cena Once in a Lifetime 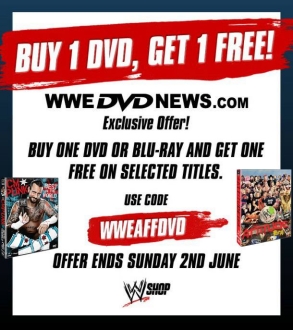 Hell in a Cell Anthology

Click here to go to Buy 1 Get 1 Free deals at WWEShop
(use code “WWEAFFDVD” at checkout to redeem).

Click here to go to the Father’s Day sale at WWEShop.