We’re just over 1 week away from WWE releasing WrestleMania 30 on DVD and Blu-ray!

The WrestleMania 30 DVD has a total runtime of over 8.5 hours. That includes extras such as the Hall of Fame 2014 induction ceremony, the pre-show match and selected segments from WWE Network airings in the lead up to the event.

It hits stores across the United States on May 13th. Be sure to pre-order your copy in time for then here on Amazon.com. 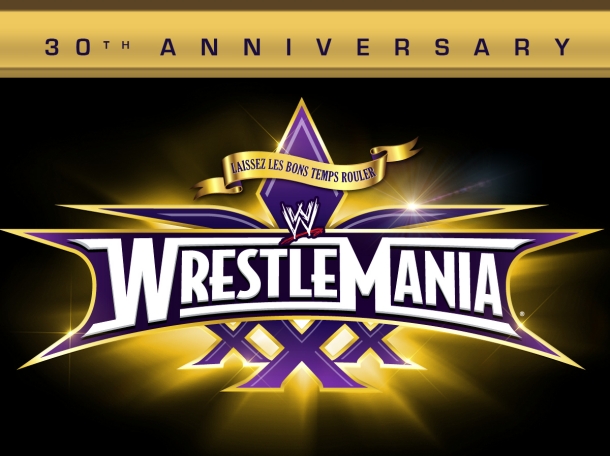 Below to watch is the first official trailer for the DVD and Blu-ray.

FANS IN UK/EUROPE: If you have an account with WWEDVD.co.uk you could win over £300’s worth of WWE DVDs by predicting tonight’s Extreme Rules PPV!

Those with the most correct predictions will be entered into a draw to win the huge prize of EVERY WWE DVD for the rest of the year! The winner can choose between DVD or Blu-ray format and will receive all new titles released by FremantleMedia until December.

Kayfabe Commentaries will release “Guest Booker with Bruce Prichard” on May 13th. One topic the new DVD promises to delve into is discussion of the Montreal Screwjob from a backstage perspective. A first synopsis is out, as shown below.

Guest Booker returns with Bruce Prichard. This time we head back to Montreal and examine the inner workings of the Bret Hart screwjob from the office perspective. Learn about the intricacies of the negotiations with Bret, and hear firsthand from someone who was with Vince the entire time, following the screwjob.

And for the first time, hear about the ongoing talks that were happening right up until midnight the prior night between Vince and another talent that would have made the Bret/Shawn conflict almost irrelevant.

For the patented booking exercise, watch Bruce unscrew Bret and formulate WWE’s “best-case-scenario” for that time. Great stuff for the fan of the creative side of the business.

Recently released on DVD and Blu-ray was a Steve Austin 4-pack of past movies including The Stranger, Hunt to Kill, The Package and Maximum Conviction.

Coming on May 20th is a steelbook Blu-ray edition of that pack which right now has the special price of only $16.18 here on Amazon.com. That’s noteworthy because it’s priced less than the standard DVD ($16.98) and the standard Blu-ray ($26.99) versions. 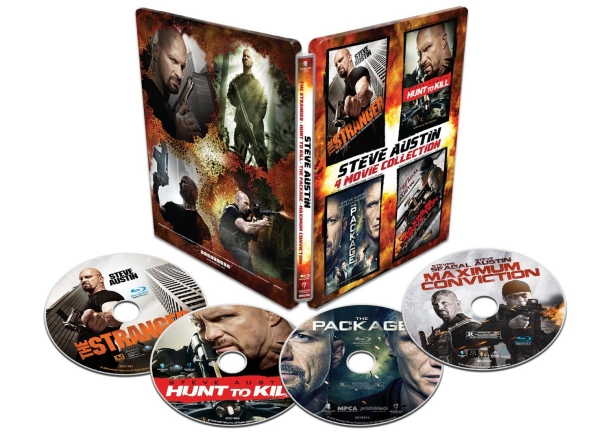