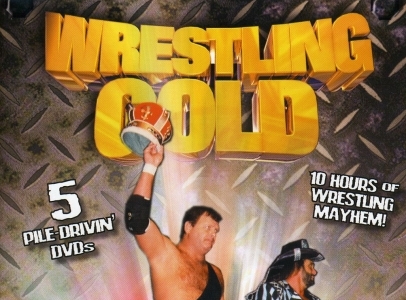 8 or 9 years ago, when I was starting to get into wrestling pretty heavily (DVD collecting in particular), I picked up a 5-disc wrestling DVD on Amazon called Wrestling Gold.  This is a 5-disc set that goes for only around 10 dollars. With that price, I didn’t really have very high expectations.  What I got, though, was a really nice piece of wrestling history.  This set is made up of classic wrestling matches from mostly the early 1980’s (although a decent number of them date back to the 70’s and even the 60’s).  At the time, WWE didn’t yet own too many tape libraries, so the company that released this DVD had decent access to a number of different territory’s footage.  This includes mostly the Memphis area and a few groups from the Texas area, but some others are peppered throughout as well. 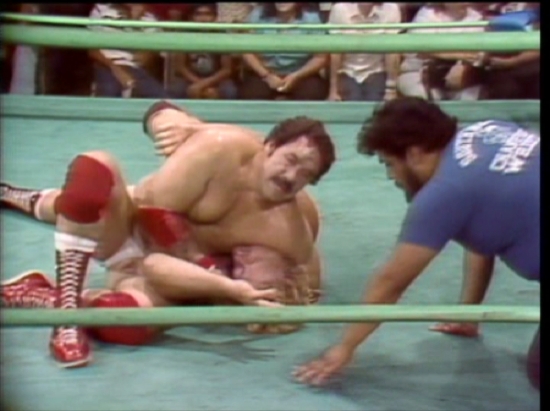 At the time, most of the wrestlers we now look at as legends were making their way through these different territories, so a lot of different wrestlers are featured throughout the DVD.  Everyone from Randy Savage to The Sheik, from Andre the Giant to the Fabulous Ones, from Jerry Lawler to Nick Bockwinkel, from the Funks to Chief Jay Strongbow to even Terrible Ted the Wrestling Bear can be found on this DVD.  Simply put, the amount of talent found across these five DVD’s is pretty astounding.  There are even a few wrestlers I had never even heard of since they never made it “big”, such as Manny Fernandez, that I quickly became a fan of after getting some exposure to them on here.  I’m not going to list out every match here, but you can find a more complete match listing over on Amazon.

The bulk of the matches on these DVD’s do come from local television shows.  Of course, this makes sense since it was probably the only footage that was even filmed!  Since the matches were structured for TV, most of them are pretty short.  This ends up being a double-edged sword.  On one hand, the matches move quickly, and I never found myself becoming bored over one match.  This wrestling is definitely of its era, and can move slowly at times, so the short matches do help keep things interesting.  At the same time, you aren’t getting too many classic matches.  If you come in expecting matches on the level of Harley Race Vs. Ric Flair from Starrcade, then you are going to be disappointed.  This isn’t really the point of the DVD, though.  I think it works best in just exposing the viewer to a huge wealth of wrestling history, which you do get. 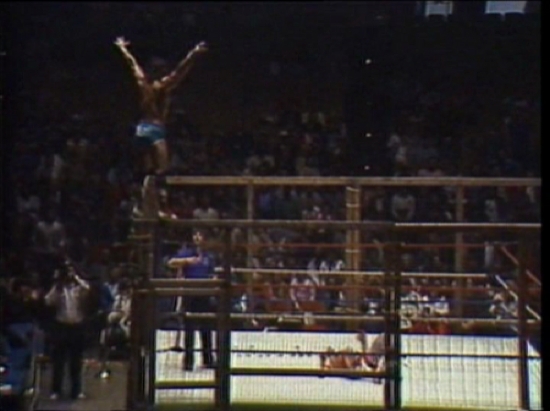 At the same time, though, there are some pretty good matches found throughout the 5 discs.  A surprisingly good match between Nick Bockwinkel and Manny Fernandez is found on Disc 2, along with a solid cage match between Jerry Lawler and a pre-WWF Randy Savage.  The most historic match found on the DVD is an NWA title match between Terry Funk and Harley Race, which does feature an NWA title change.  There are also a lot of fun gimmick matches, including street fights, mud matches, cage matches, and even a “shark cage” match.

I still haven’t gotten to the real highlight of the DVD, though.  Although each match does feature it’s original commentary, there is also an alternate commentary track from Dave Meltzer and Jim Cornette. Say what you want about Meltzer’s star ratings or Cornette’s booking abilities, but I don’t think there is any argument about their wrestling knowledge.  Meltzer has been working in the industry for a long time, and Cornette has worked with a lot of different talent and has watched even more.  It’s hard to say just how much I learned from simply listening to this alternate commentary track.  I’m always on the look for good sources of learning about the history of wrestling.  Honestly, I think this may be the best one I’ve found yet.  Because so many wrestlers and territories are featured in these matches, Meltzer & Cornette have the opportunity to talk about a lot of different topics.  They do a great job balancing factual information with fun anecdotes, and the result is a pleasure to listen to. 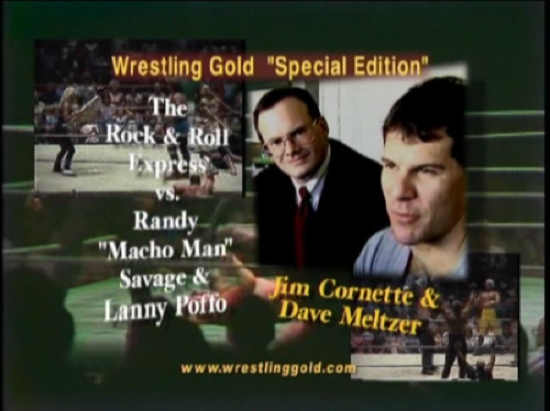 For under 15 dollars, you can’t go wrong with this DVD set.  This is a treasure trove of classic footage, with an excellent commentary track from Meltzer & Cornette.  This remains one of my favorite wrestling DVD sets in my collection, and I don’t think anywhere near enough people even know about it.