In our recent year-end poll an Attitude Era themed release was voted on as a 2012 DVD you’d most like to see, behind only a War Games Anthology. Josh came up with the name “The Attitude Era – Uncut And Uncensored”.

So if we were choosing specifics for this release, we’d have it rated TV-MA and comprised of 4 discs, with 12 hours of footage. 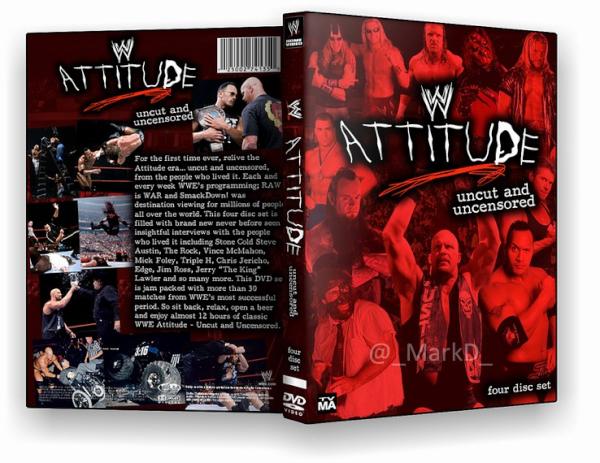 Back when WWE had released Raw: The Beginning Seasons 1 & 2 on DVD, still planning to continue the series once annually, they expressed concern to us over how they would handle the sets once they reached the ‘Attitude’ years. The impression given when we spoke with them was that in the current PG environment, WWE would not want to be associated with a single release that has this focus of ‘risqué’, adult centered or violent content.

It remains to be seen whether or not they will go ahead with a “Best of The Attitude Era” type DVD, and if they would need to tone down themes even if they did. However, given how popular such a release would be, we feel it’s inevitable. Mark’s bold prediction is by Christmas 2012!