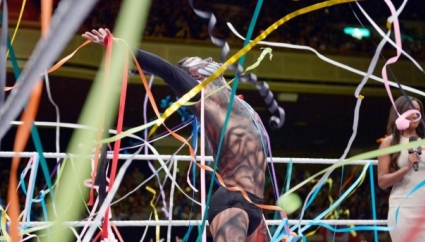 WrestlingDVDNetwork.com has just learned that “Beast In The East”, the WWE Network special which aired earlier this month from Japan, will be made available on Home Video.

In a similar situation as with Elimination Chamber 2015, the DVD looks to be planned as a UK exclusive. That UK release is now confirmed, while a release to Australia is expected later in some capacity. As of writing, it is not likely to hit the domestic United States market.

We can confirm that the “Beast In The East” DVD will feature the 2 hour special and in its extras will include the previously unseen “dark matches”, which will be exclusive to Home Video.

Below is a first look at the planned cover artwork. 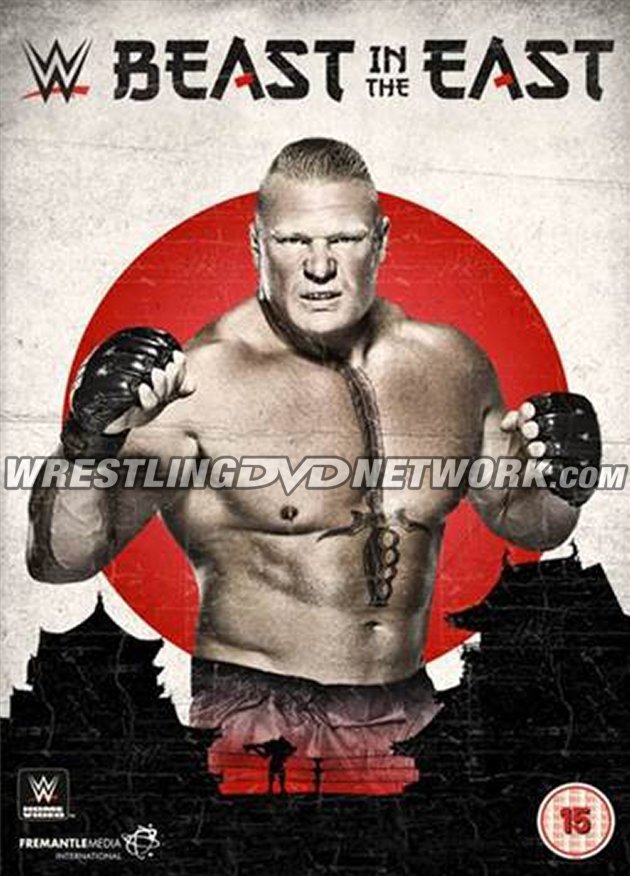 The UK release date is scheduled as October 5th, 2015.

“Beast In The East” will be available as a DVD-only title, with no Blu-ray edition currently planned.

FremantleMedia, the UK licensee for WWE Home Entertainment, have informed us that the RRP will be £14.99, compared to the usual RRP of £17.99 for their standard single-disc PPV DVDs.