FIRST FOR 2023: WWE ‘Best of Attitude Era Royal Rumble’ DVD Scheduled for Both the US and UK 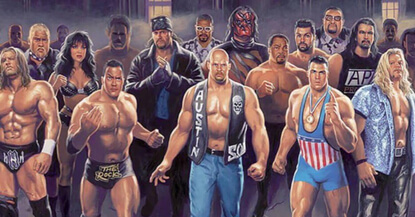 WWE has scheduled “The Best of Attitude Era Royal Rumble”, and with that the first WWE DVD on the way for 2023 has been revealed!

This will be a 2-disc DVD set releasing January 24th, 2023, in the US — a US release is encouraging to note given all 2022 WWE DVDs in the US were for the modern-day PLEs only. Pre-orders are about to be made available here on Amazon.com.

We don’t have eyes on the content yet. The title is “Best of”, yet the first synopsis (below) talks about a “collection of Royal Rumble Matches”. In theory, a 2-disc set would be able to accommodate the full Rumble matches held between 1997 and 2001, won by Stone Cold Steve Austin, The Rock and… Vince McMahon!

When the Royal Rumble Match meets the Attitude Era you get the wildest over-the-top-rope melees in WWE history.

We have it confirmed this will be a worldwide offering, so the UK gets it too. A release date for the UK is not yet known but should be very soon.

The first WWE Home Video release next year in the UK will be Survivor Series War Games 2022 (on both DVD and Blu-ray) on January 9th, so “Best of Attitude Era Royal Rumble” will follow after that. In the US, Survivor Series is on the way first, which will be the final DVD of 2022.

Did you know?! #SurvivorSeries WarGames is available to pre-order NOW on DVD & Blu-ray! Own it from 9th January 2023!! Order here>> https://t.co/jOwF1sT2df pic.twitter.com/PjQovzALHM