Right here at WrestlingDVDNews.com we can exclusively reveal the cover artwork for The Best of Raw: After the Show, the highly anticipated WWE DVD and Blu-ray! 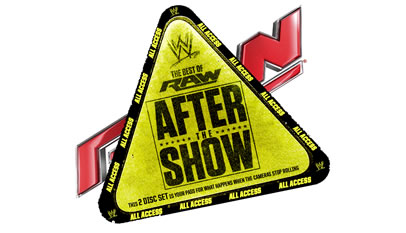 This three disc DVD and two disc Blu-ray set will feature segments, matches and moments that took place over the years after RAW completed its broadcast.

The Best of RAW: After the Show hits stores across the U.S. on April 22nd;
pre-order yours now via Amazon.com by clicking here. 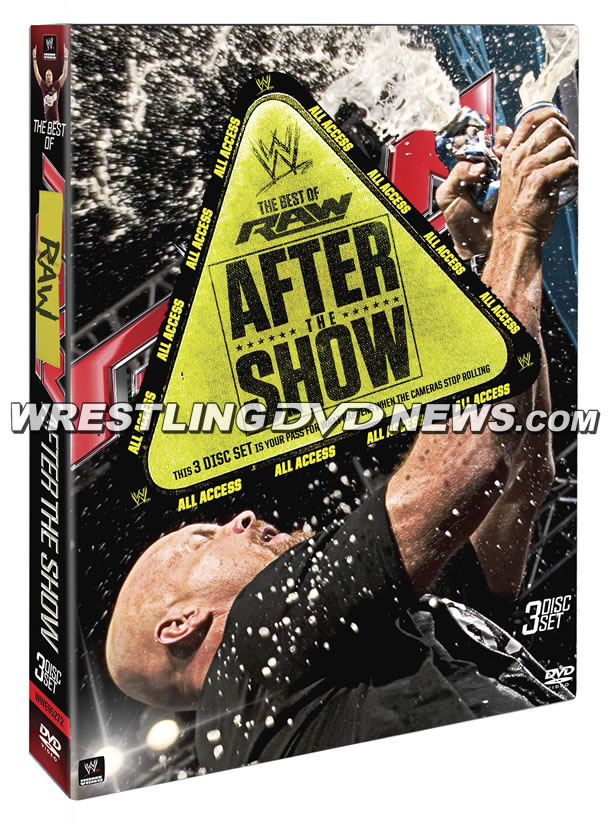 “For 52 weeks a year, the WWE Universe is glued to their seats for 3 hours of pulse pounding action on Monday Night Raw. But what happens after the cameras stop rolling? Now, in this new DVD/Blu-ray set, The Best of Raw: After the Show, fans get a unique perspective of WWE’s flagship show, with never-before seen footage of Raw’s aftermath. Traditionally, Raw has continued on into the night purely for the enjoyment of the live audience. Now, no one is left in the dark as all the top Superstars in Raw history are presented in rare form.

Get a heavy dose of WWE’s most colorful Superstars- The Rock, Stone Cold Steve Austin, DX, John Cena and more, showing off their larger than life personalities, often times shedding their on-camera personas for the sake of pure fun. From Austin beer bashes, birthday celebrations, humorous improv, crowd interaction, and dark matches sure to please the hardcore fan, these are the moments that can only happen in WWE.” 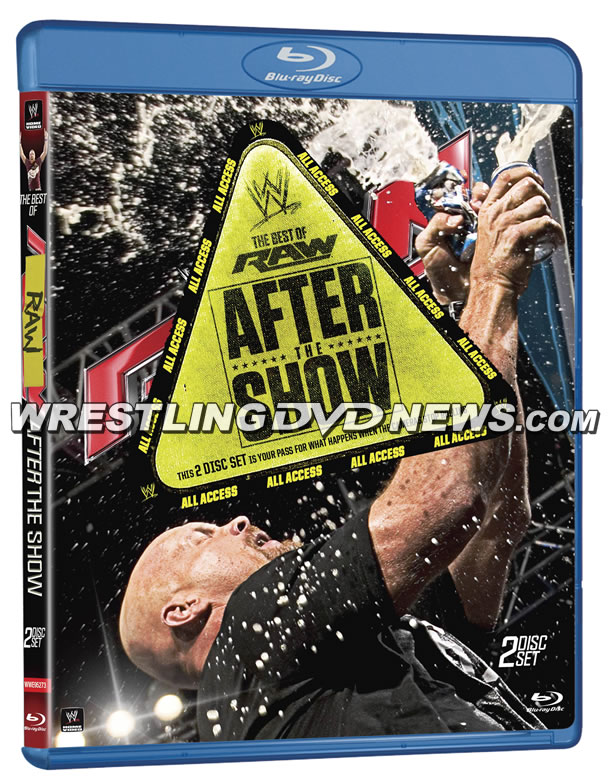 The full content listing for “After The Show” is expected be revealed in the next few weeks, so stay tuned to your favorite website (this one, of course) for all the details.

(Use code “FLASH25” to redeem. Available tonight only!)