Yesterday saw the reveal of the TLC 2013 DVD cover, which is the first WWE DVD title scheduled for release in 2014.

Following on today is the same for “The Best of Raw & Smackdown 2013“, the second DVD release in the new year and the first planned Blu-ray! 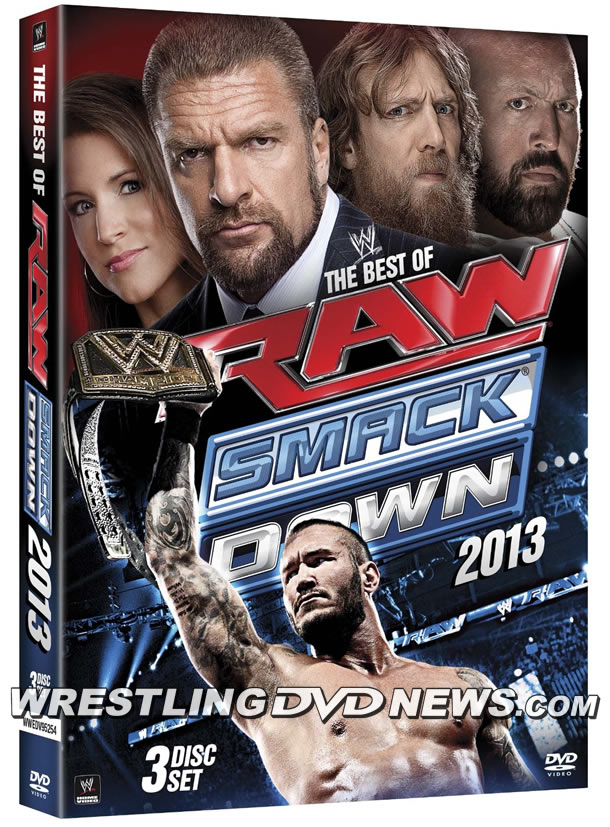 WWE Superstars deliver 52 weeks of action on Raw and SmackDown per year, with no off-season. This DVD/Blu-ray set compiles the most thrilling matches and segments from the year 2013. Witness the epic rivalries, shocking moments, and all the biggest stars that defined the calendar year in WWE.

The full content should be unveiled in the next few weeks.

From official information we received since October we were able to decipher the following content so far that’s likely to be included on the DVD/Blu-ray set – Brock Lesnar invading WWE Headquarters, CM Punk’s feud with Undertaker and Paul Bearer, Mark Henry’s “retirement” speech, Undertaker and Kane reuniting, RVD’s return (match vs. Chris Jericho), the Wyatt Family’s debut, and a chapter on Fandango’s theme song going viral.

Get your copy on order…

Happy Holidays to all of our readers! The WDN Christmas Giveaway ends tomorrow (12/22) so make sure to get involved before then if you haven’t already.

We’ll announce the 3 winners of the DVD packs in an article early next week. 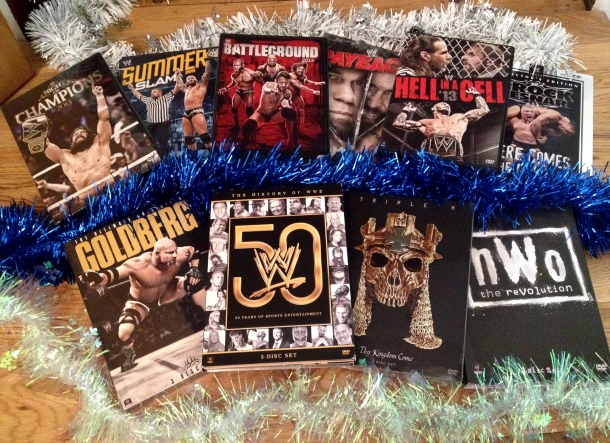 You might come across the “Best PPV Matches 2013” DVD on sale early when you’re doing some late Christmas shopping. Mike Schneckloth and Adam Siudy sent word of finding copies of it out already at both K-Mart and FYE stores. 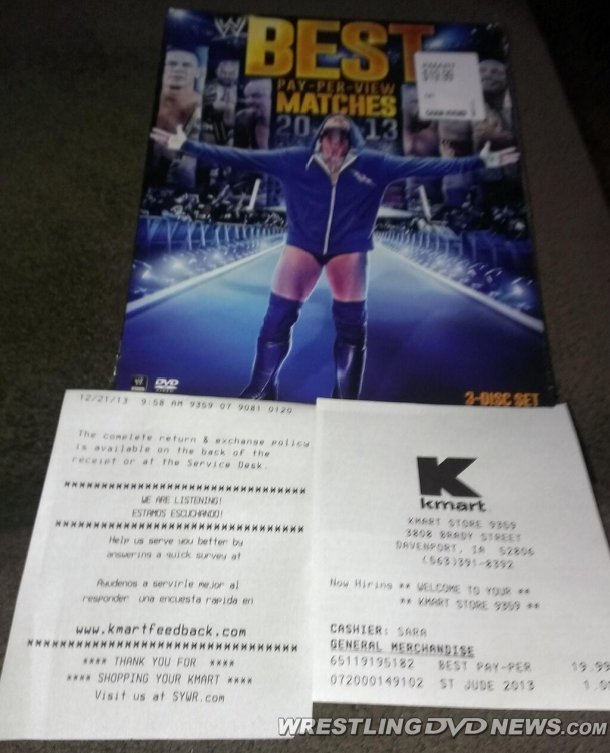 It officially releases later this month on Tuesday, December 31st. If you prefer to buy online you can do so through with Amazon by clicking here or with WWEShop here.