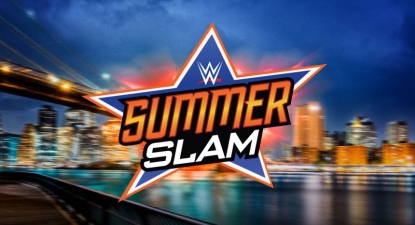 Last week the UK’s 2017 WWE Home Video schedule updated and conspicuous by its absence was a Blu-ray edition of “The Biggest Party of the Summer”, SummerSlam 2017.

Unfortunately the reason that it was left off that list is because the title has been cancelled due to “declining” demand for the Blu-ray format. As of late this week WWE has confirmed that will also be the case in the United States with new details passed on to their domestic Home Video distributor.

However, now scheduled is a 2-disc DVD to accommodate the entire event and a set of extras. 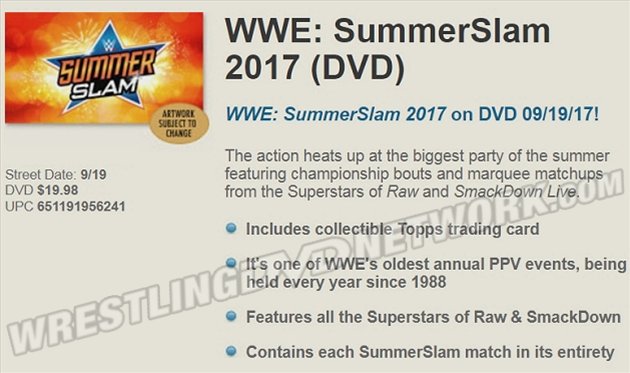 The release date will be September 19th, approximately one month after the pay-per-view event airs, as you can now see on our WWE DVD Release Dates page.

You may recall that release dates for September and October had already been named with no sign of SummerSlam. Perhaps there was a hold up while a decision was made on whether or not the PPV would be viable for a Blu-ray release this year; potentially a subject of debate within the company.

The U.S. SummerSlam DVD should be up for pre-order on Amazon any day now, while the UK and Australian versions are already available to buy from the usual online retailers. 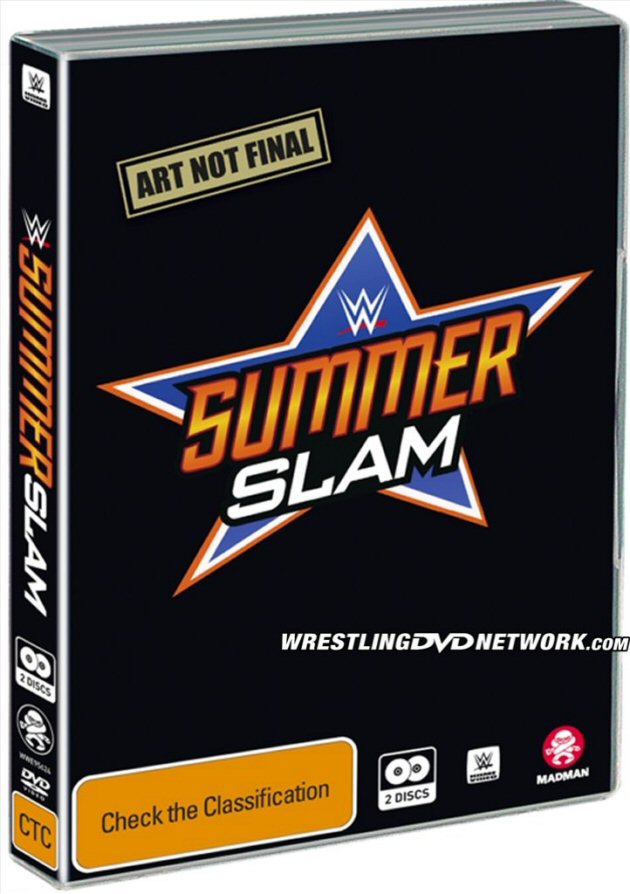 – Australia: October 25th. Pre-order the SummerSlam 2017 DVD over at Madman.com.au.

“NXT – From Secret to Sensation” is on the way for November release, featuring a documentary main feature on the Top 25 Greatest Superstars in NXT history and bonus content made up matches, moments and additional material that’s said to be unavailable on the WWE Network.

NXT is the brand where WWE Superstars compete before appearing on RAW and SmackDown Live and is responsible for producing some of the greatest talent and most successful champions in WWE. Hear from current and former NXT Superstars themselves, as we count down NXT’s Top 25 Greatest Superstars. 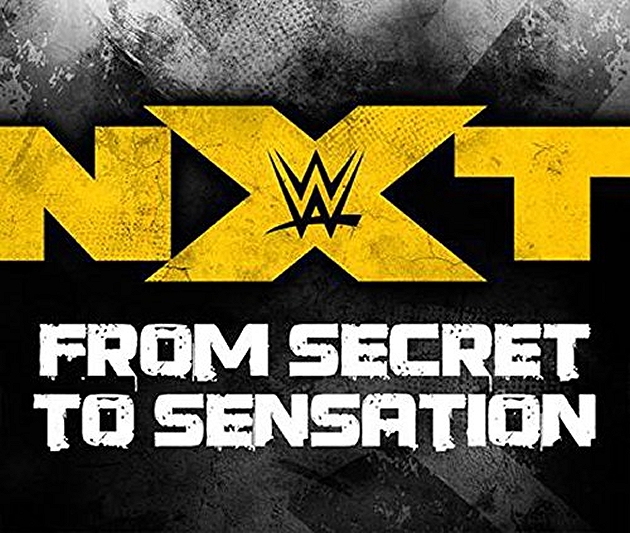 The same has also come through for “Double Feature: No Mercy & Hell in a Cell 2017” which will be WWE’s last PPV DVD double pack of the year, expected sometime in November.

It’s the most hellacious event of the year where heated rivalries come to a head as the action is contained within a 20 foot metal structure known as Hell in a Cell!

WWE Superstars go head to head and this time the feuds between RAW Superstars are personal, so expect No Mercy! 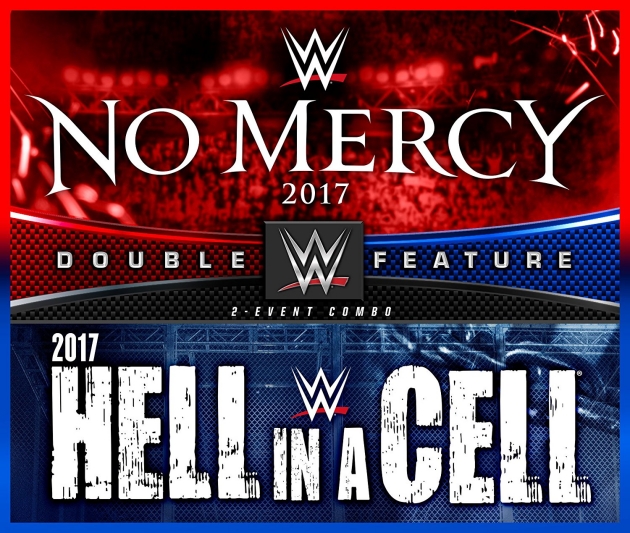 Before then, WWE has “Double Feature: Great Balls of Fire & Battleground 2017” incoming as their next Home Video release and it will be in stores later this month.

WrestlingDVDNetwork.com has received these new pack shots of the U.S. version 2-disc DVD: 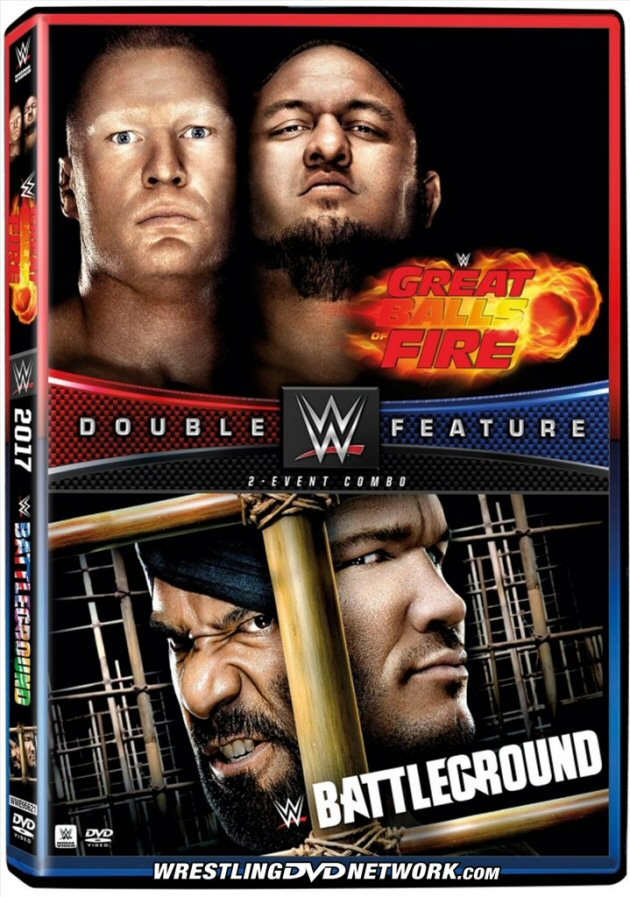 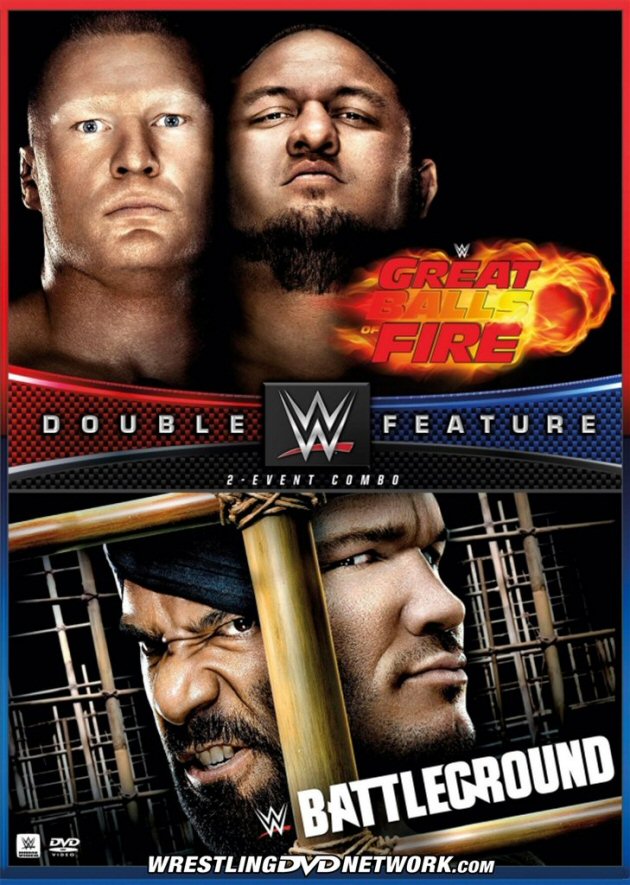 Heads up, here on WWEShop.com this weekend you can grab WWE DVDs for only $3.49 each!

Enter code “SALE30” to snag either of the deals below and 30% off hundreds of sale items. 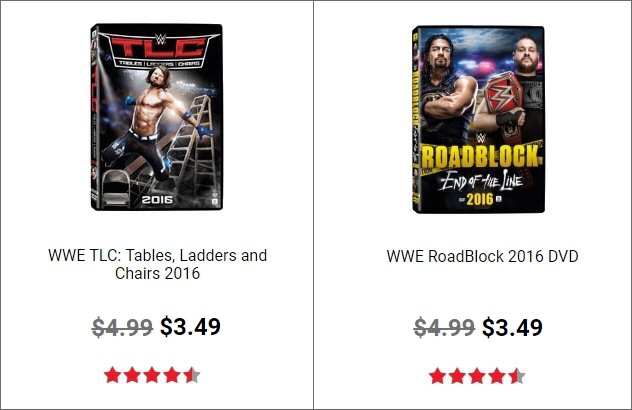 NEW RELEASE: Starved for new content? Kayfabe Commentaries is on a roll with their new DVDs and this week they released a new “SUPERCARD” featuring Jim Duggan.

This one centers around Royal Rumble ’88, WWE’s first-ever Rumble event. Check out the trailer below as “Hacksaw” talks about the origins of the 30-man match, the stamina needed to go the distance in one, and if it ever gets confusing remembering who and who not to throw out!

WEEKEND WATCH: The latest entry to eBay Watch finds a massive lot of Anthology box sets being auctioned off this weekend. It’s a biggun containing the WrestleMania, the Royal Rumble and the SummerSlam complete Anthologies, a rare WWF DVD, and several 3-disc sets! 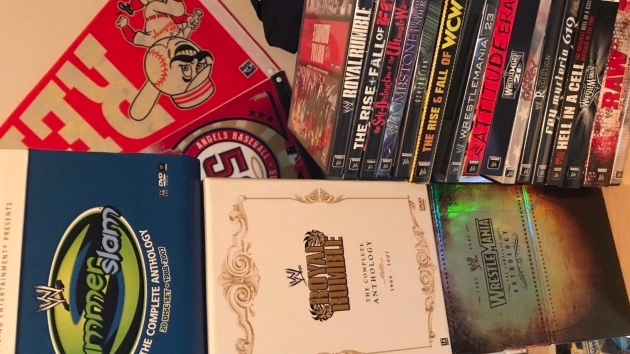