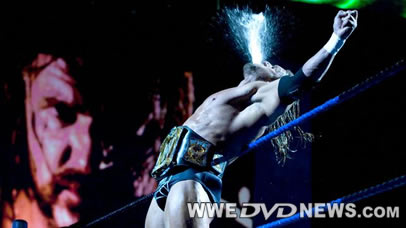 WWE have confirmed the go ahead of the Triple H DVD this year, while also revealing that Batista has been interviewed for the feature. The news was shared today through the official @WWE Twitter account and indicates the main feature will most likely be a documentary.

According to the latest draft of the 2013 WWE DVD schedule posted here last month, the Triple H DVD and Blu-ray will be released on September 24, 2013.

Production is under way. Below is a new photo of Batista on set with WWE. 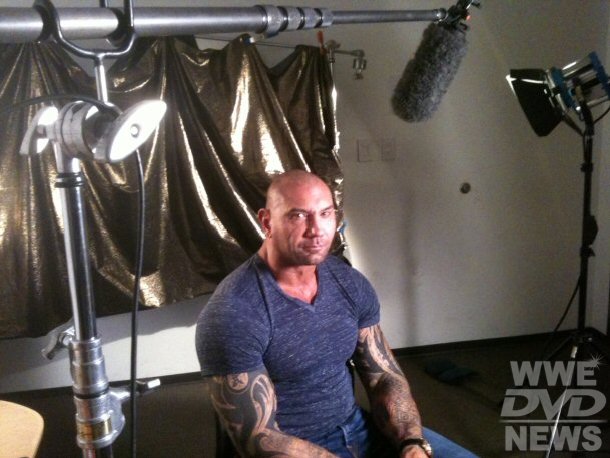 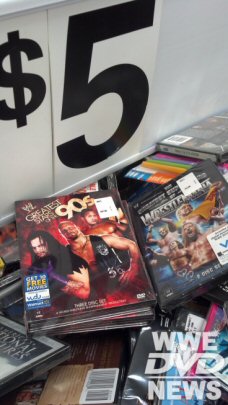 Be sure to check the $5 bins at your local Walmart for WWE DVDs!

Jordan Begley got in touch to let us know he found Greatest Superstars of WrestleMania DVD (2 Disc) and Greatest Stars of the 90s (3 Disc) on sale for $5 each.

We’ve also heard the Royal Rumble 2011 DVD has been spotted in there too.

Simon Felx found some on sale for $5 in Canada, including the likes of Best of King of the Ring, John Morrison: Rock Star, Royal Rumble 2012, Superstar Collection titles, and various PPVs from 2009 to 2011.

We have word of a new WrestleMania promotion under way now at WWEShop until the end of this weekend: Buy One WrestleMania Item, Get Another 25% Off. To get the deal simply use promo code “AFFWM25” at checkout. Click here to redeem! Expires 3/24.

Fans in the UK and Europe can now pre-order Bret Hart: The Dungeon Collection DVD or Blu-ray for May release over at WWEDVD.co.uk!