Over the past few months we have seen Memphis Wrestling footage pop up a few times, namely in the Paul Heyman DVD and in the awesome “Forever Young” video on the career of Hulk Hogan. So with Lawler looking to have the rights to this footage, I think it’s only correct that we see just how a definitive Jerry Lawler career documentary with match compilation might just look.

Modern day fans may only know Jerry Lawler as the commentator from Monday Night RAW, however “The King” has had one of the most diverse wrestling careers of all time. A Jerry Lawler DVD has been rumoured at different points in history, however now with the potential addition of the Memphis Wrestling footage – this would be a tremendous boost to the project.

Some of the interview subjects which I believe would have to be included would be: Jerry Lawler, Jim Ross, Vince McMahon, Lance Russell, Terry Funk, Jimmy Hart, Bill Dundee, Paul Heyman, Bret Hart, Michael Cole and Brian Christopher.

So without further ado, let’s take a look at “The Life and Times of Jerry Lawler”… 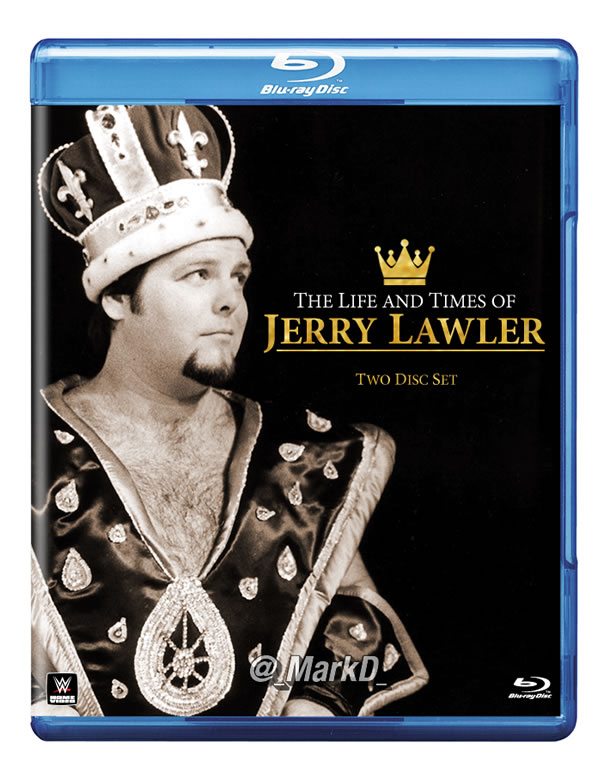 TLC Match for the WWE Championship
The Miz vs. Jerry “The King” Lawler
RAW • November 29, 2011

Would you like to see a WWE DVD/Blu-ray like this? It’s great to hear from you so please use the comments section below or tweet me @_MarkD_.